Stepping away from the brink in the Eastern Mediterranean 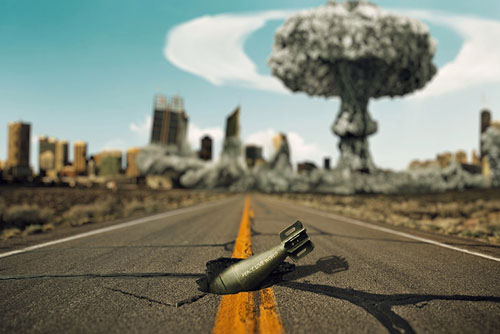 Europeans face a conundrum in Libya and the Eastern Mediterranean. On the one hand, they are called on to respond to what they view as Turkey’s violations of international law, notably the United Nations Convention on the Law of the Sea, and demonstrate solidarity with two Member States, Greece and the Republic of Cyprus. Turkey’s violations of Greek airspace and territorial waters, and its seismic surveys and drilling in Cyprus’ exclusive economic zone, as well as in the regions covered by its controversial Memorandum of Understanding with Libya, have solicited an EU response.

On the other hand, Turkey has become a prominent actor in the Mediterranean, notably in Libya, one that Europeans cannot ignore and that may, if steered, work in Europe’s interests. Turkey has intervened in Libya militarily in a manner that falls beyond the EU’s comfort zone. In doing so, Ankara has contributed to a further militarization of the conflict. However, it has done so to prop up Fayez al-Sarraj’s frail UN-backed Government of National Accord, thus enabling it to resist and eventually push back against Khalifa Haftar’s onslaught on the country. Turkey’s intervention has erased the illusion harbored by some in Europe and the Middle East of Haftar’s outright military victory on Tripoli. It has created a mutually hurting stalemate, which has already generated momentum for a ceasefire. Those hopes had been dashed soon after the Berlin Conference in January. Back then, Haftar and his backers still believed the winner could take it all, and military operations picked up no sooner had the ink of the Berlin Conference’s conclusions dried. Today, neither side can prevail over the other, and all regional players: Turkey, Russia, UAE and Egypt, as well as the United States and the EU know this. It is no coincidence that a national ceasefire was reached last month, whilst all other attempts had failed.

A ceasefire, however, is not equivalent to a peace settlement, less still to conflict resolution. It can either represent a necessary stepping-stone towards the latter, or the condition for a cancerous semi-frozen conflict. One only needs to think of the sad list of conflicts in Eastern Europe and the Caucasus to remind oneself not only about how easily a ceasefire can crystallize conflict, but also how this is a cornerstone of Russia’s foreign policy. Moscow’s interests in stifling the East Med’s gas potential whilst allowing a dangerous divide within NATO to fester are crystal clear. Such aims are perfectly compatible with a ceasefire that freezes the conflict and may even accelerate trends towards Libya’s partition.

In other words, Turkey’s actions put Libya at a crossroad. They could represent the first step along a virtuous path in which a military stalemate triggers a durable ceasefire, which then veers towards a peace settlement and reconciliation. Alternatively, a ceasefire could become the grounds on which a low-intensity conflict would persist, used at will by regional players to expand their influence and exacerbate the vulnerabilities of the EU and NATO’s southern flanks.

In the midst of contrasting impulses, the EU itself is torn, with different member states pushing and pulling in different directions. Greece, Cyprus and France push for a harder line. In November last year, the Council adopted a framework for restrictive measures in response to Turkey's drilling activities in the Eastern Mediterranean, creating the possibility of imposing travel bans and asset freezes on individuals or entities responsible for or involved in such activities. On top, the EU suspended negotiations on a Comprehensive Air Transport Agreement and postponed sine die the EU-Turkey Association Council and the EU-Turkey High-Level Dialogues. It also reduced Turkey’s pre-accession assistance and invited the European Investment Bank to review its lending activities in the country.

In March this year, the EU went a step further. It launched Operation Irini aimed at enforcing the UN arms embargo on Libya. High Representative Josep Borrell repeatedly stated that the operation is not aimed at any one party, and in truth Irini has detected ships with different flags carrying weapons to both warring factions in Libya. However, the EU military operation was perceived in Ankara and Tripoli as one-sided, soliciting the GNA’s objection. The drive towards a more assertive position vis-à-vis Turkey has far from ended. As heat rose to new heights in the East Med over the summer, the debate about sanctions on Turkey has picked up again. The Foreign Affairs Council in August kicked the can along the road to the European Council later this month, which is set to decide whether to move towards meaningful sanctions on Turkey.

Others, notably Germany, Italy and Spain argue against outright confrontation, vying to open a channel for negotiation instead. Beyond ideology, the truth is that confrontation is simply not working. It is preposterous to compare (let alone hold hostage) sanctions on Belarus with sanctions on Turkey. Moreover, even if meaningful sanctions were to be imposed on Turkey, it is naïve to believe this will deter rather than further embolden Ankara in the region. The conflict in the East Med is not about economics. It is not even about energy. It is a longstanding conflict over sovereignty and security that will not be achieved by reciprocal chest-beating by the parties. At best, macho politics can generate a mutually hurting stalemate that deters outright military confrontation. At worst, the added geographic and thematic complexity of a conflict that now spans across the Mediterranean and the Middle East can inadvertently slip into uncontrolled violence.

Europe’s divided politics has already had negative effects. It has exacerbated the already strained EU-Turkey relationship, driven an indelible wedge within NATO, and pushed Ankara in Moscow’s cynical embrace. By doing so, it has increased the likelihood that from the crossroad Libya is currently at, the county will take the unfortunate path towards a semi-frozen conflict.

Rather than mild confrontation, Europe should swerve towards an assertive rules-based cooperation with Turkey. Doing so could represent the only way to square the circle between deterring Turkey’s assertive posture in the Eastern Mediterranean while working with Ankara to ensure a veritable stabilization of Libya. The two goals are seemingly contradictory, but practically not. An Eastern Mediterranean in which Turkey does not enjoy a piece of the pie is simply incompatible with the stabilization of Libya. Italy for one understands this well. Given the political geography of the region, Ankara will always need a friend in Tripoli to break the exclusionary circle that has been built around it.

The menu of such a reset with Turkey has been known for some time. It includes moving forward with a modernized customs union, which would represent a boon for Turkey and for the EU (less so for the Turkish President), and constructing upon such revamped contractual basis structured cooperation in the fields of energy, security and migration. Such cooperation would see Libya as the first key testing ground.

*Dr. Nathalie Tocci is Director of the Italian Institute of International Affairs (IAI)