Design for Hybrid Threats – Be Purposeful and Fast 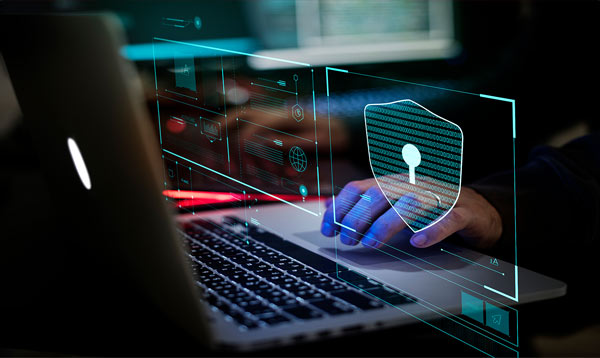 Imagine that your country has an opponent or even a friend who does not fully agree with the established policies of your government. He is technologically well-positioned and has little scruples in using modern technologies to achieve his own political and economic goals. Since he shuns open, public debate, he seeks covert ways below the threshold of war to achieve his goals. For this purpose, he develops models of perceived targets to plan his attacks.  You need to design a response.

Information needed is openly available on the internet. This includes information on communication networks and critical infrastructures, corporate data, personal information about governmental officials, police and military professionals and their families from social media accounts. In planning and preparing the hybrid campaign, AI-supported cyber-campaigns get the attack team anywhere it wants to be. Further information can be obtained via sophisticated microtargeting. Long before the start of a hybrid offense the malicious actor will also seek to provide – commercially or by other means - hardware and software into the target state’s business, industry and government agencies as this is the best way to place malware. With the help of Quantum Computing, capable malicious actors may even secretly take over critical infrastructures such as energy and space assets.

Design thinking for defence transformation can help to facilitate innovation and creativity when dealing with complex emergent contexts. Clearly, in a technologically disrupted and more connected world future competition, conflicts and wars will be fought differently. As the pace of change accelerates, new competitors challenge established order. New political, economic, and military power centres are emerging. New technologies are surfacing and adopt faster than ever. This development has facilitated particularly the rise of hybrid threats. Moreover, the panoply of dynamic, and especially digital, technological developments on the horizon indicates that the portfolio of hybrid threats will expand rapidly. The unprecedented scale and pace of technological change supports a ceaseless and pervasive aggression against nation states, businesses and even individuals. The flood of data about human and machine activity puts economic and political power in the hands of malicious governmental and non-governmental actors as these apply pernicious effects on the very legitimacy and thus stability of target states’ governmental, economical and societal structures.

Countering the hybrid threat, you need to define the design response in terms of aspiration, and not a problem. Whatever you have as a problem, aspire to not to resolve it, but to dissolve it.  Hybrid warfare can be expected to become a long-term strategic challenge. It has evolved into an effective, apparently low-risk instrument of power for governmental and non-governmental malicious actors below the threshold of all-out war, aiming at undermining government institutions and functions, disrupting larger industry and critical infrastructure, global organisations and agencies, targeting critical military capabilities to include C4ISR. Virtual teammates multiply the scope, depth and reach of aggression broadening the envelope for espionage and violence even against individual citizens.  We can expect disruptive technologies to provide a variety of malicious actors in the context of hybrid campaigns with additional, powerful options for targeting people and assets virtually and physically, with little risk of attribution or immediate retaliation.

Designing a response is more than a method and technique; it is a way of being in the world. It is working to create possibilities, working with others, and serving them in a manner that has consequences. States and organizations that are best able to anticipate and exploit technological opportunities will likely have a decisive advantage in future competitions, crises and conflicts. Seven technologies that are partic­ularly relevant for the evolution of hybrid challenges and at the same time for meeting respective threats ubiquitous sensors have been identified by the Finland based Hybrid Centre of Excellence[1]: