Focus on a GCC Case Study: How Saudi Arabia’s Vision 2030 can Drive “Lifelong Learning” towards Creating a Knowledge Economy in the Post-COVID Era 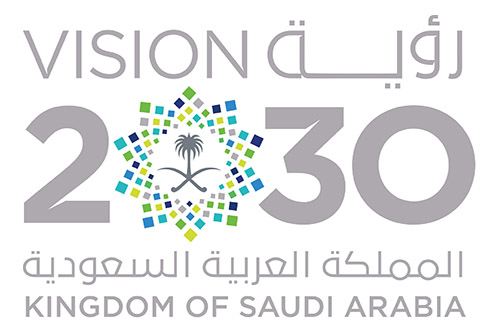 A focus on the Kingdom of Saudi Arabia as a case study amongst the Gulf countries underlines how it has come a long way in the past century – the United Nations in 2010 recognized it as the fifth most transformed country over the past 80 years – and that was before the drive towards Vision 2030 was underway.  Pre-COVID and as of 2019, Saudi’s economy was the ‘most improved’, according to theWorld Bank and IMD in Switzerland.  On women’s rights, their participation in the labor force and gender parity, by the same year, Saudi Arabia comprised a long list of achievements, with WEFrecognizing Saudi as one of the most improved countries in efforts on closing the gender gap.  Its heritage, culture, sports, entertainment, and tourism industries too have taken an about-turn. But whilst its aspirations towards a knowledge economy and the state of its human capital may seem aspirational, 2020, with all its challenges has provided Saudi Arabia with an unprecedented opportunity to build itself as a ‘house of knowledge’. At present, it stands at the crossroads of time-afforded reflection (thanks to COVID-19), mobilization of initiatives for Vision 2030, and inauguration of some impressivegiga-projects. But much is needed to be done.

Alongside a need to re-skill the current workforce, an underlying global concern is whether the next generation lacks preparedness for a future that is seemingly uncertain. Twenty-first century workplace skills are difficultto ‘teach’, as predicted by all pundits, and the next generation’s future will be more uncertain, more demanding of skills not taught in schools, and more reliant on life-long learning skills.  Self-directed learning that is broad and transdisciplinary, and stems from a love of learning, also cannot be ‘taught’ in school.

It is the prevalent view that skills of the twenty-first century and requirements of the future of work do not depend only on the formaleducation system of a nation, but on the cultivation of a learning ecosystem that extends beyond the formal (even virtual) classroom. This begs clarity of how ‘learning’ and ‘education’ are interpreted - for while education may be a "process through which a society passes on the knowledge, values and skills from one generation to another, learning can be defined as the acquiring of new skills, knowledge, and values." Knowing this, and given the Gulf countries’ general outcomes on global education measures, Saudi Arabia must embrace the existing energy of change driven by Vision 2030 and recalibrate its course of action.

Thus, the actionable tasks Saudi Arabia could pursue are: “Fix It” – by addressing the formal education system led by its Ministry of Education; “Support It” - through the development of a cohesive learning ecosystem; and finally, “Drive It”- by promoting lifelong learning as a national intent through campaigns for an evolution in attitudes and culture, and establishing a governance structure committed to prioritization and improvement of national human capital through integrated efforts.

First, “Fix It”.  Saudi, along with all GCC countries have been vested in addressing the formal education system’s shortfalls through many initiatives.  Whilst most of the countries have become vested in the trend of welcoming branch campuses of universities (with Saudi Arabia recently followingsuit), there is a recognized need for a transformation in the caliber of teachers, pedagogies, and increasingly, curricula to meet the needs of the future of work and national human capital. And while the Saudi education system has been applauded for its swift response at the onset of COVID-19, it can turn its preparedness into an advantage by identifying strategies to transition to a post-COVID era of improved pedagogy.

It is critical to take advantage of an increasingly digital world to scale quality, and not just reach (as is the case with the newly formed Digital School of Dubai), and provide opportunities for improved digital literacy alongside digital transformation.  On self-directed learning, Gulf countries including Saudi Arabia have not explored the means to inculcate self-directed learning within the formal education system.

Homeschooling, for example, is neither popular nor formally recognized.  An exception perhaps is Dubai’s KHDA initiative Rahhal which allows schools and learners to co-create a learning journey whilst attending to an individual learner’s passions and interests, resulting in reduced school attendance in favor of the pursuit of other learning that is driven by interest or talent.  It is a commendable step in the right direction, although it seems to be applicable exclusively to international schools for now.  In Saudi Arabia, similar initiatives could be explored – beginning with pilots in the Saudi private school system.

Additionally, and more urgently, technology must be harnessed and efforts must be made to evolve educational institutions into hubs for lifelong learning, for all, and not just previously conceived age groups specified to each stage of learning for a new world of employment demanding agility in career options and frequent reskilling.  The Ministry of Education already has its work cut out without the considerations of current disruption – but if technology is harnessed as intended– not as a tool to facilitate outreach to students just for the purposes of online teaching, but as an enabler – it will enhance effectiveness of outcomes, diversity of options, and ultimately quality of outcomes.

Next, to “Support It” it must be recognized that the formal education system alone cannot yield the desired impact of catapulting any nation to a knowledge economy.  Schools, colleges and universities need an ecosystem in which to thrive - globally.  The UNESCO Institute for Lifelong Learning has published perhaps what could be the seminal report on Embracinga Culture of Lifelong Learning which begs execution on key strategies for any nation, or region, keen on building the ecosystem critical to foster a knowledge economy.  The Gulf, and Saudi Arabia in particular, have the means to invest in proposed strategies.  For Saudi Arabia, this is the most exciting time for building a learning ecosystem.  Mandated by Vision 2030, every city, ministry, and giga-project is busy creating experiences and opportunities – an unprecedented quality of life for its residents and visitors – which needs to include consciously created opportunities and infrastructure for lifelong learning.  For all efforts being made across the nation, lifelong learning is currently a wishful by-product of those impressive efforts.  The public and private sectors could come together and recalibrate their efforts to measure how well each initiative and entity is doing on yet-to-be developed indices while quantifying its footprint on the nation’s “learning ecosystem” – and how the ultimate impact correlates with global and standardized learning outcomes.

Finally, “Drive It”.  Vision 2030 certainly addresses critical aspects of the learning ecosystem – in the targets set for parental involvement in their children’s lives, active families, Parent Teacher Association participation, establishing new libraries and museums et cetera.  To drive it to success it needs to address attitudes and governance.  For example, campaigns to celebrate those who seek experiences beyond the traditional have begun, and must continue.

Additionally, there is a need to further promote building blocks and foundations of learning, such as reading, and community attitudes towards reading, as well as access to resources.  It begins with role models at the top – the Custodian of the Two Holy Mosques, King Salman bin Abdulaziz is reported to have assigned a book each week to his children when they were growing up, and quiz them on the books assigned – a parental effort to be replicated as families must be partners in the education of their children.

Not long ago, the UAE established a Minister of State of Happiness, thereby putting happiness at the forefront of its national agenda.  If “knowledge” is to be center-stage for any nation, then creating the role of a Chief Knowledge Officer at each entity and assigning nationally relevant KPIs to the roles, perhaps even by a “Knowledge Council” at the highest levels, would be a much needed step in the desired direction of assessing each entity’s footprint on the nation’s learningecosystem.

Ultimately, and to ensure impact, the governance of such a national priority must be owned at highest levels of government, where the MOE and its peer stakeholders in Culture, Entertainment, Sports, Labor and Social Development, Economy and Planning, VROs and giga-projects, are vested in focused collaboration of both public and private sectors towards this specific national priority.

In Vision 2030, Saudi Arabia sees a clearly articulated mandate for learning and participation in lifelong learning; however, transformation at this level requires national buy-in.  Although MOEs across the GCC have invested heavily in reform, yet a Ministry of Education in any nation is not the sole contributor to the outcome of the nation’s human capital, nor its beneficiary - and cannot drive it singlehandedly.

The Saudi Arabia of Vision 2030 is well poised to tackle an ambitious and perhaps even radical attempt at enhancing its learning ecosystem, its knowledge ecosystem, its knowledge economy.  As of 2020, Saudi Arabia has the vision, means, will and opportunity to develop its human capital holistically – in readiness for the future of work and innovation – contributing productively to Vision 2030 and beyond.

* Dr. Asma Siddiki is currently Associate Dean for External Relations at the Prince Mohammed Bin Salman College of Business and Entrepreneurship (MBSC). She has over twenty-five years of experience leading across the spectrum of the education sector in the MENA region, collaborating with global top-ranked institutions.  She has an impeccable record in the education sector for achieving results, excellence in execution of strategic initiatives and institution building, and is a globally recognized Saudi female leader and policy advisor at critical National and Global forums focusing on thought leadership in Education, Entrepreneurship, Youth and Women in Saudi Arabia.