Opportunities and Challenges for Saudi-European Relations 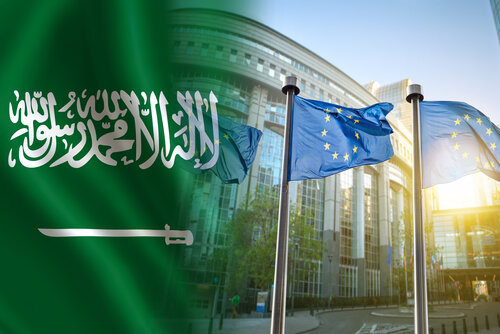 Relations between the Kingdom of Saudi Arabia and Europe in 2020 continue to be marked by difficulties from both sides. For Europe, Saudi Arabia’s human rights record and the war in Yemen stand out as the most prominent voiced criticisms leveled against Riyadh. For many Europeans, Saudi Arabia is as much part of the problem as the solution, and the Kingdom is often seen as being at least partly responsible for the turbulence that has marked the Middle East in the past decades. For Saudi Arabia, meanwhile, European policy is often viewed as being short-sighted and even naïve when it comes to the harsh realities of regional politics and Europe’s recent pursuit of an opening with Iran is perceived as dangerous to the security of the Gulf region and the Kingdom itself. Instead of seeing relations from a level playing field, European approaches to the region are taken as morally high-handed and as not adequately reflecting the realities on the ground. Taken together, these mutual views of one another make for a challenging set of relations that need to be confronted.

How far ties are impacted by the current domestic environment in the Kingdom was underlined in October 2020 when the European Parliament passed a non-binding vote to downgrade its attendance at the November G20 summit in Saudi Arabia over human rights concerns. The bill was considered one of the strongest political messages the Parliament has ever issued on the Kingdom and called on the imposition of sanctions. Belgian MEP and vice chair of the delegation for the relations with Arab Peninsula Marc Tarabella stated: "We are all aware of the importance of Saudi Arabia as a partner of the European Union and for the stability of the Middle East. However, this must not be an alibi for violating human rights."

As the quote from the Belgian member of the European Parliament however underlines, there are numerous common interests at play between Europe and Saudi Arabia which in turn should drive the relationship forward to continue to identify ways to improve and deepen cooperation. For one, issues such as combatting extremism and terrorism, bringing about greater stability in the broader Middle East and expanding business and economic ties are fundamental facets around which bilateral ties are framed. Second, there is growing recognition among European policy officials that one is dealing with a “new” Saudi Arabia, one that is undergoing a wide-ranging political and economic transformation including a generational shift within its leadership and a determined withdrawal from the Kingdom’s reliance on hydrocarbons and the model of the rentier state. The difficulty in re-arranging the domestic social contract should not be underestimated as far as Europe is concerned. Third, there have also been increasing people-to-people ties that have been developed over the years being driven in recent times by the large percentage of youth inside the Kingdom. With Saudi students studying and spending time in Europe, new avenues for getting to know one another have been created in turn leading to a multiple set of opportunities for common projects and initiatives. Taken together, it can be argued that the commonalities between Saudi Arabia and Europe still outweigh the many differences that often dominate the media headlines.

The current changes occurring at the international levels and the developments that have appeared in 2020 could be additional factors bringing Saudi Arabia and Europe to better understand one another. With the United States continuing its strategic re-orientation away from the dominant and central role it has played in Gulf security affairs for the past half century, a vacuum has opened that will need to be filled by the regional states and possibly other external actors. Given its geographically proximity, Europe offers itself here as a possible alternative. The GCC’s increased ties to Asia also provide new prospects by, for example, linking Europe, the Gulf and Asia closer together along a common connectivity line.

Other developments of note include the continued tensions in the Gulf and the more recent spread of the COVID-19 pandemic. The attacks on Saudi oil installations in Khurais and Abiqaiq attributed to Iran in September 2019, the seizures and attacks on tankers in the spring and summer of 2019 in the Strait of Hormuz, and the assassination of Iranian General Qassim Soleimani by the United States in Iraq in January 2020, brought the region precipitously close to a wider regional conflict. This was followed, however, by increased calls for de-escalation, with Saudi Arabia’s foreign minister Prince Faisal Bin Farhan Al-Saud stating that the kingdom was “very keen” to avoid a further escalation and calling for the calming of tensions. Such a policy line followed the calls that came out of Europe during the same period.

The COVID-19 pandemic in the meantime has underlined the fragility and susceptibility of the countries in the region and beyond to the devastation of the virus and, coupled with the almost simultaneous collapse in oil prices, has negatively impacted the economic environment both in the Gulf region and in Europe. As a result, there is a rising understanding that the diversification strategies in Saudi Arabia must be intensified, thus opening an additional window through which cooperation with European partners can be strengthened. The humanitarian diplomacy practiced regionally in the wake of the pandemic is an additional factor favoring possibly better regional ties.

Finally, the election of Joseph Biden as the new President of the United States might provide an additional opportunity. While the new administration’s stated attempt to possibly return to the Joint Comprehensive Plan of Action (JCPOA) will not immediately be seen positively in the Kingdom, the EU and the E3 as part of the JCPOA have also voiced their recognition that in any new negotiations with Iran, the concerns of the Arab Gulf states must be front and center of any proposed arrangement. Rather than fear that the election of a new US President represents a reset to the Obama years, the change in administrations in Washington should be viewed as a chance to re-structure the basis of regional relations as a whole.

The meeting between the EU High Representative for Foreign and Security Affairs Josep Borrell and Saudi Foreign Minister Prince Faisal Bin Farhan at the end of September 2020 was an opportunity for a solid and frank exchange of views. What the Europe-Saudi Arabia relationship requires is a regular set of high-level strategic dialogues in which both sides can engage in a process of shared analysis when it comes to the common challenges that must be confronted. In addition, the numerous economic and social changes occurring in the Kingdom represent a basis on which mutually beneficial ties can be further built. This should be the focus for the coming period.

*Dr. Christian Koch is a Project Manager with the Gulf Research Center.

*Christian Koch is a Senior Advisor at the Boussola Institute