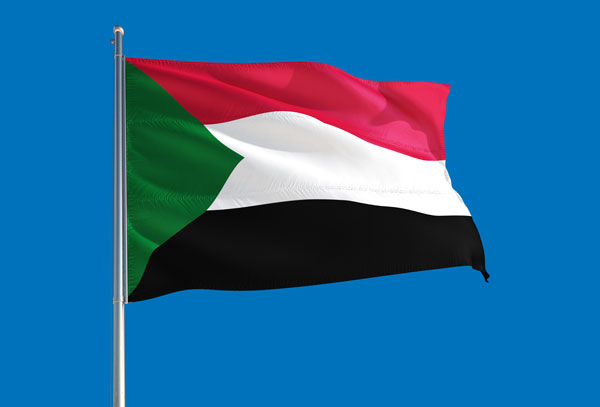 On May 17,2021, France held a conference of Heads of State and Government in Paris, chaired by Emmanuel Macron, in support of Sudan’s democratic transition. The conference intended to signal Sudan’s reintegration into the international community, following its removal fromthe US list of State Sponsors of Terrorism (SST) in 2020. It was also an opportunity for Sudan to show its eagerness to implement various economic and business strategies as it aims to reduce its national debt, a vital step in reviving its ravaged economy.

After long-time dictator Omar al-Bashir was ousted by the army amid a popular uprising in 2019,  the plan for  reforms in Sudan to rescue an economy was challenged by decades of corruption, mismanagement, and sanctions. As such, Sudan is burdened by difficulties of transitioning from authoritarian rule. Arguably, success willdepend on the civilian-led government’s ability to address the continuedeconomic crisis, which has caused widespread daily sufferings for millions of Sudanese, as well as limited sustainable development and the achievement of peace. To accomplish transition goals Sudan will need to rely heavily on its international partners.

Securing relief for Sudan’s debts to the International Monetary Fund (IMF) and other members of the Paris Club is the current priority, according to Sudanese Finance Minister Gebreil Ibrahim. He stated that Sudan’s total debt is currently at $60 billion, and that ministries are presenting proposals to attract investment in sectors including infrastructure, industry, oil, electricity, and agriculture. The IMF has reported that Sudan’s gross domestic product contracted 3.6% in 2020, while inflation is at more than 300%, accumulating pressure on a transitional government that is a tense coalition of civilian and military figures.

Accordingly, the Paris conference participants reaffirmed their willingness to continue to support the Sudanese authorities’ efforts to enable a successful transition to a fully legitimate and inclusive civilian government that ensures peace, freedom, and justice for the Sudanese people. Franceannounced that it would provide the bridging loan of $1.5 billion to repay Sudan’s arrears to the International Monetary Fund. France’s announcement adds to those related to the clearance of arrears of a $425m backlog to the World Bank and African Development Bank. The efforts from France encouraged the United States, the United Kingdom, Sweden, Italy, Ireland, Germany, Saudi Arabia and the European Union to clear Sudan’s multilateral arrear. The way has been paved towards re-engagement of international financial institutions alongside the Sudanese authorities, which could receive nearly $2 billion in donations in the short term.

Furthermore, in addition to the fact that Sudan is eligible for debt relief under the Heavily Indebted Poor Countries (HIPC) initiative, the Kingdom announcedduring the Paris Conference a $20 million grant extension to previous support provided by the Kingdom to cover part of Sudan’s financing gap with the IMF. According to Sudan News Agency (SUNA) Saudi Finance Minister MohammedAl-Jadaan affirmed the Kingdom’s commitment to work with Sudan to renegotiate the African nation’s debts with China, Kuwait, the UAE and Japan. Al-Jadaan also noted Saudi Arabia’s desired hopes to be able to completely exempt the debt rather than reduce it and will work with Kristalina Georgieva, President of the International Monetary Fund in helping Sudan.

The aftermath of the Paris conference included a meeting between Sudan’s Prime Minister and Saudi Arabia’s Crown Prince. The meeting addressed Saudi investment opportunities in the Red Sea, as the Kingdom seeks to boost its influence across the strategic Horn of Africa especially, with the Red Sea featuring heavily in Saudi Arabia’s Vision 2030 to diversify its economy away from oil with business zones along the coast. Moreover, as there is a widespread awareness across Arab nations of the serious threats facing Egypt and Sudan regarding a potentialwater security crisis as a result of Ethiopia’s Renaissance Dam construction, the visit to Saudi Arabia was an opportunity to also discuss the Saudi stance on the dispute as well as proposed solutions, highlighting that the need to end the crisis remains an integral part of overall Arab watersecurity. In this regard, Finance Minister Ibrahim argued that Sudan will not take unilateral actions and remains keen to coordinate with its Arab allies. Despite all the support, Sudan will need to address various challenges to transition, achieve some economic stability, act towards debt relief and economic growth in order to move towards recovery.

*Kinda Bakr is a Researcher at the Gulf Research Center