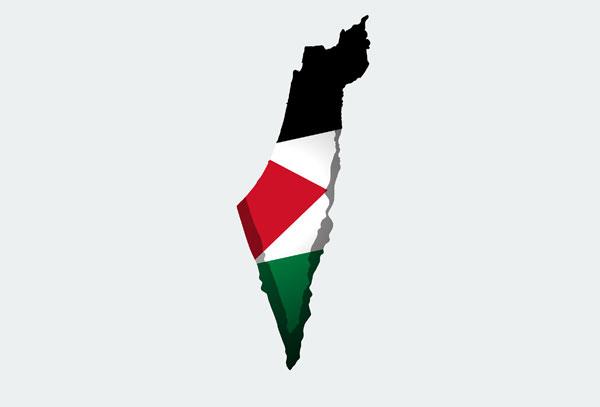 Ever since the Arab Spring, it became clear that the primary battleground in the region is not between Arabs and Israel but between regimes and their people, or more so between regimes and Islamist movements. After 2011, mainstream Islamist groups, affiliates, and descendants of the Muslim Brotherhood developed a newfound prominence following decades in opposition, wrestled with the challenges of governance and political polarization. The coup in Egypt and the emergence of ISIS enforced the re-thinking of conventions of and about Islamist movements, including various revolutionary approaches to change, the use of tactical or situational violence, and how ideology and political variables interrelate. For autocrats, regime survival took precedency over everything else, and as for the opposition groups, democratization was the prime focus. However, after prospects for democracy reduced, survival became the main concern for opposition groups too. The fragmentation that resulted from the Arab Spring and its aftermath made it unlikely that Palestinians would receive much responsiveness from their Arab neighbours.

And so it became conceivable for Arab leaders to feel it was the right time to move closer to Israel, in order to benefit from probable security and economic cooperation through the neutralisation process. For Gulf countries, and especially Saudi Arabia, any cooperation in this course would be highly sensitive. Amidst the current chaos in Gaza, official statements from the Saudi government have highlighted just how Saudi Arabia has been weighing in firmly on the side of the Palestinians, and numerous pro-Palestinian statements appeared on the Saudi government’s official Twitter accounts, such as “The Ministry of Foreign Affairs condemns in the strongest terms the blatant attacks carried out by the Israeli occupation forces against the sanctity of Al Aqsa Mosque, and for the security and safety of worshipers”. (Saudi Foreign Ministry, May 11, Twitter).  The Palestinian crisis has been and always will be one of the last enduring issues that can assemble broad support across Arab borders. As fighting continued to escalate between Israel and Palestine throughout May this year, Saudi Arabia rejected the recent measure by Israel in the Occupied Palestinian Territories, and stated that the Israeli measures have caused an upswing in violence. Saudi Arabia’s Foreign Minister Prince Faisal bin Farhan addressed the United Nations General Assembly on May 21, 2021 during an emergency meeting, continuing to stress that Israeli aggressions against the rights of the Palestinian people are a dangerous violation of international law, undermining the chance for a two-state solution (Saudi Foreign Ministry, May 21, Twitter). The Saudi stance remains focused on allowing Palestine to reclaim their land. The Palestinian cause is pivotal for the Kingdom, as is the necessity to prevent provocations and provide an understanding of the need to stop the escalation in Gaza to the Biden administration. The importance of this for the Kingdom branches from its concern that there can be no stability in the Middle East region without a comprehensive solution to the Palestinian-Israeli conflict.

Saudi Arabia’s position on the recent crisis in Israel and Gaza is based on calling the international community to carry out its responsibilities towards ending the escalation and urgently calling for an end  to military operations while at the same time reviving peace negotiations based on a two-state solution. On a wider scale, the crisis affects the region’s overall political landscape as the situation in Palestine continues to play in the still nascent rivalry between Saudi Arabia and Iran. Both Saudi Arabia and Iran’s competition for influence is the key undercurrent that has driven and continues to drive the political, religious, and cultural dynamism in the region while the kingdom promotes peace plans while Iran funding groups such as Hamas and ensures the group with the supple of weaponry. A U.S. plan to revive the Iran nuclear deal would result in Iran receiving an increase in sanctions relief in exchange for limiting its nuclear program, subsequently allowing it to step up and fund violent non-state actors, groups and proxies such as Hamas. This would surely increase security instability in the region in which Saudi Arabia, one of the region’s strongest countries, and is working towards establishing a more prominent role in conflict management. The kingdom takes pride in putting forward initiatives, while encouraging more government support from other countries to contribute to peace talks and establish positive outcomes in the region.

The conflict in Gaza puts Israel’s new Arab partners in an awkward position as these countries share relations with the conflicting states, however as for Saudi Arabia, the Foreign Ministry reaffirms that the Kingdom stands with the Palestinian people, supporting all efforts in ending the occupation, enabling the Palestinian people to establish an independent Palestinian state on the 1967 borders, with East Jerusalem as its capital, in agreement with the international resolutions and the Arab Peace Initiatives.