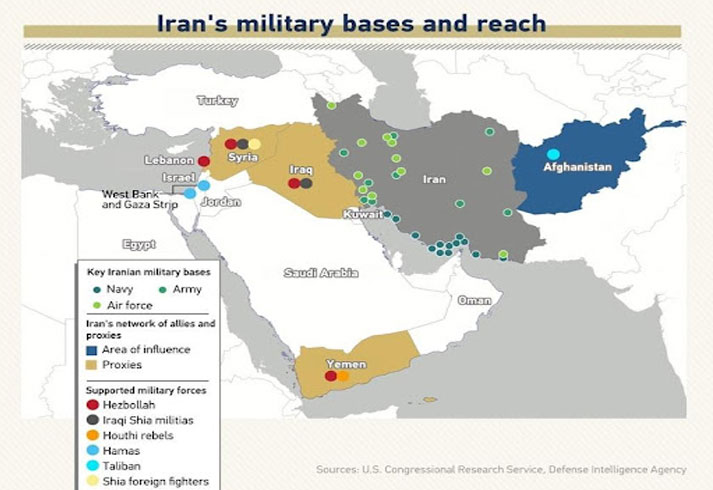 Saudi Arabia continues to view Iran as its main strategic challenge in the region. This applies both to the bilateral relationship and the wider Middle East regional theatre where the view from Riyadh is that Iran plays a destructive role that undermines overall regional security and stability. Of particular concern to the kingdom is Iran's determination and recent success to undermine the functioning of state central institutions through its widespread support to non-state actors and proxy forces. As such, due to Iran's interference in countries such as Iraq, Lebanon, Syria, and Yemen, the outlook is one of continued instability and volatility as far as Saudi Arabia is concerned.

Acknowledging both that Iran has been largely successful in its proxy strategy and that Saudi Arabia lacks an immediate effective response to the Iranian challenge, the kingdom is currently re-assessing its foreign policy approach. Nevertheless, recent efforts at de-escalation and diplomatic engagement with Iran should not be seen as an indicator of a wider paradigm shift. Instead, the readiness to engage with Iran in talks reflects current Saudi thinking that direct communication channels to Tehran are required to prevent the strategic position of the kingdom from deteriorating further.

Saudi Arabia's geopolitical rivalry against Iran is based on the perception that Iran as both a strategic and ideological threat. Strategically, Iran's regional ambitions and readiness to employ a variety of military forces in the pursuit of spreading its influence at the expense of its neighbors is seen negatively by the kingdom. Ideologically, the instrumentalization, and sponsorship of sectarian identities within the wider Middle East is viewed as a deliberate intent to undermine the cohesion and stability of regional states. Saudi Arabia views sectarianism as a tool used by Iran to spread its influence and obtain hegemony. The conflicts and tensions that occur across the region are thus mostly the result of an Iranian foreign policy stance committed to advancing the Islamic Republic's ideological projection. In the pursuit of its geopolitical ambitions to exert political, ideological, and economic power and influence, Iran is seen as deliberately pursuing a sectarian agenda that has manifested itself in the region's divided societies, particularly through Shi’a minority communities in Yemen, Lebanon, Syria, Bahrain, and Iraq. The kingdom continues to see itself as facing a radical and expansionist Iran that leverages Shiism, local power vacuums, and an ever-expanding network of well-armed and trained proxies to propagate its ideology across the Gulf and wider Middle East area. From this perspective, the kingdom is engaged in a long-term struggle against a transnational theocratic revolution that acts as the region's main destabilizing power system.

Given the current situation, the Saudi government believes that Iran has achieved a good part of its objective of imposing a siege on the kingdom both on its northern (Iraq and Syria) and southern borders (Yemen and sea lanes). For the moment, Saudi Arabia sees Iran as having the upper hand with a direct physical threat (the Abqaiq attack as well as missile attacks from Houthi elements from Yemen) coupled to the previous strategic and ideological threat.

From a Saudi point of view, the success of Iran's strategy is largely built on its capabilities to seize opportunities and capitalize on power vacuums in the region. This can certainly be observed in recent years as Iran has continued to increase its support for actors like the Houthi militia in Yemen's civil war, Shi'a groups in Iraq, and Hezbollah in Lebanon. In Syria, it has based much of its intervention for the Assad regime on Hezbollah, but also allegedly sponsored other sectarian-based groups. Iranian penetration into the region's conflicting states has highlighted and demonstrated Iran's new threat dimension to the Kingdom by not only exporting its revolutionary concept of ‘resistance’ but also by further promoting a sectarian agenda through the arming and training of Shi'a militia groups.

Given Iran's regional interventionist policy, the issue of whether a new page can be opened in the Saudi-Iran front very much depends on progress on calming down the conflict situation in the wider Middle East. As far as Riyadh is concerned, Iranian action in regional theatres such as Iraq, Syria, Lebanon, and Yemen are a clear example of Tehran’s wider regional ambitions. The Islamic Republic's actions in these conflicting countries highlight its involvement in constructing land corridors across the region and boosting its capacity to move militants and supplies from one theatre to another, contributing to inherent regional instability. 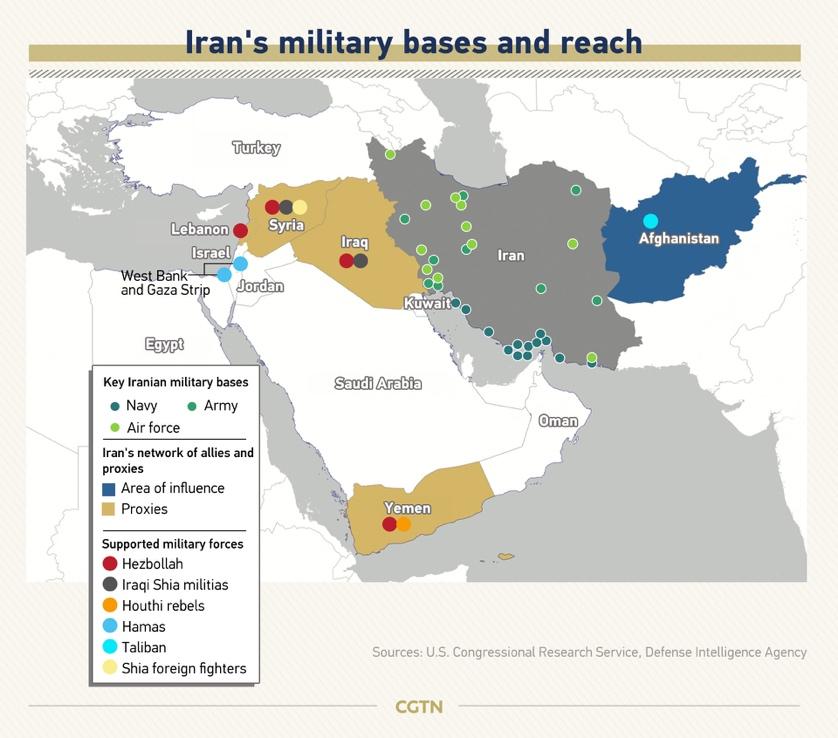 For the moment, it does not appear that a breakthrough in the relationship is likely. Prospects for significant progress remain modest as talks between the two sides that have been held in Baghdad, since April 2021, have remained transactional rather than transformational. So far, those discussions have been limited to the bilateral relationship with a focus on political ties and softer issues such as trade ties and cooperation on the Hajj. While the argument exists that the talks are a genuine attempt to turn a new page, they are at the same time far away from the paradigm shift required to put the regional environment on a more secure footing.

Saudi Arabia has for now stated that it is willing to continue discussions with Iran, while also indicating that it will engage with the new Raisi government based on "realities on the ground." While talks on bilateral ties have progressed, Saudi Arabia has seen little indication that the Islamic Republic is ready to have a more open dialogue on the regional issues that divide the two sides. The kingdom continues to hold the view that Iran’s regional policy is still driven by its revolutionary zeal and advancing the Islamic Republic’s expansionism. The contentious issues thus remain the same as they have been for the past decade. As Saudi Crown Prince Mohammed Bin Salman elaborated in his interview in April 2021: “The problem that we have lies with certain negative behavior they [Iran] have, whether in terms of their nuclear program, their support for illegal militias in some countries of the region, or their for these problems.”

Ending Iran's backing for militias, as well as its policy of fostering and exploiting state vulnerabilities across most of the region, would have to be a fundamental principle and component of any successful process. Only this will help Saudi-Iranian relations in moving into a new phase of cooperation based on principles of non-interference and mutual respect for all nations' independence, sovereignty, equality, and territorial integrity. The formation of a functional Saudi-Iran dialogue would be a significant achievement for both nations and will have an important impact on the wider regional geostrategic context.

The growing convergence of Saudi and Iranian policies toward mediation and de-escalation efforts highlights an initial effort to repair relations at a bilateral level. Given this, it is important to underline that the realities in the region along with such initiatives are likely to remain unchanged and limited in scope for the moment. Much of this depend on Iran’s willingness to de-escalate and diminish its interventionist policies to a more pragmatic approach in the region.