To Overcome the Flaws of the JCPOA, a Gulf WMD Free Zone should be pursued 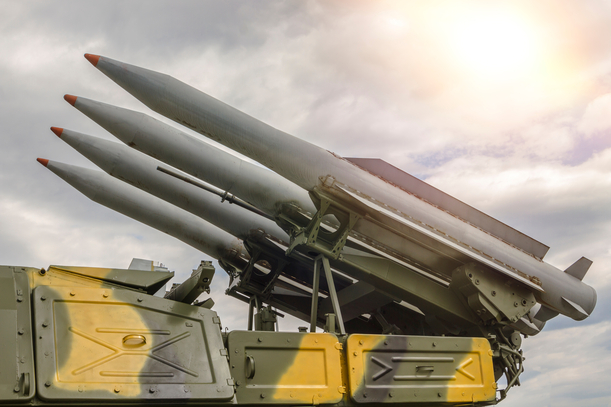 Current efforts to bring back to life the Joint Comprehensive Plan for Action (JCPOA) in Vienna are clouded in uncertainty. The current drawn-out negotiation process alongside Iran’s acceleration of its uranium enrichment and curtailment of monitoring by the International Economic Energy Agency (IAEA) indicate that a full return of U.S. and Iranian compliance to the accord is increasingly unlikely. Even if a deal was to be reached, how long it would last is unclear. Just as the 2015 agreement collapsed, the same can happen to any follow-up agreement.

A significant drawback to the JCPOA is the fact that it has strict time limitations with the most important restrictions on the Iranian nuclear program valid for no more than ten years. With those sunset clauses in effect, the utility of the 2015 agreement is reduced by the day. Already, Iran’s recent nuclear advances have hallowed out the JCPOA. Increasingly, the genie is in fact out of the bottle.

Moreover, the JCPOA has so far failed to produce any momentum on further arms control measures or towards greater regional security. Instead, doubts and ambiguity about the effectiveness of the agreement have heightened rather than diffused Middle East and Gulf regional security.

The danger of continued nuclear proliferation is one of the most severe security crises faced by the Gulf region. It is furthermore not only a regional but also a major international concern. Given the limitations of the JCPOA, a different approach to the issue of proliferation is therefore urgently needed. One possibility is the concept of a Nuclear Free Zone or a more comprehensive Gulf Weapons of Mass Destruction Free Zone (GWMDFZ).

Seven specific arguments that can be made in favor of a GWMDFZ project.

First, the JCPOA process has once again underlined that the policy of trying to restrict a nuclear program simply does not work. The nature of any nuclear program is based on secrecy and deception. Attempting to control a program therefore quickly becomes a cat-and-mouse game in which one can never be sure to discover new details or hidden information. Given that reality, any process designed to prevent a country from obtaining a military WMD capability must have as its imperative a permanent rather than a temporary end-state.

Second, in six different areas of the world, a nuclear-free zone is already working. This includes Africa, Latin America, Central Asia, Southeast Asia, the South Pacific, and Antarctica. While the JCPOA is current only valid for 10 years, the Free Zone treaties signed so far have proven to be successful, effective, and most importantly, lasting. The most recent Non-Proliferation Treaty (NPT) Review conference held in 2020 acknowledged that nuclear-free zones enhance global and regional peace and security. Thus, a GWMDFZ would represent a significant complement to the network of denuclearized zones already in place. In addition, with the 9 states of the Gulf region (the six GCC countries, Iran, Iraq, and Yemen) all being signatories to the major agreements of the NPT, the Chemical Weapons Convention (CWC) and the Biological and Toxin Weapons Convention (BTWC), a theoretical GWMDFZ already exists.

Third, by agreeing to the principle of a GWMDFZ and engaging in serious negotiation to bring such a zone about, Iran will confirm its peaceful intention regarding its nuclear program. As a member of the NPT, Iran has already signed on with a defacto Free Zone. The NPT affirms the right of countries to establish specified zones free of nuclear weapons while allowing countries to use nuclear energy for peaceful purposes. A GWMDFZ thus would not prevent any state from developing a civilian nuclear capability.

Moreover, with its engagement with the international community on the current nuclear program, Iran has shown a willingness to discuss the nuclear issue. There is therefore no reason to think that Iran would not also be open to further explore and discuss the GWMDFZ idea. A GWMDFZ would also lead additional credibility to the pronouncement from Tehran that good neighborly relations are a priority of its government.

Fifth, a GWMDFZ is based on the concept of sub-regional to regional and thus represents a precursor to a wider Middle East Free Zone, something first proposed by Iran in the 1970s. Despite being on the agenda, the implementation of a Middle East Free Zone has so far not happened and is unlikely to move forward given Israel’s nuclear capability.  Again, as an alternative, the first step of a GWMDFZ would be to complement the existing African Free Zone to increase the pressure on Israel to also consider the idea.  Such an argument has a precedent as the African Zone eventually led South Africa to give up its nuclear program. The GWMDFZ concept would therefore provide the groundwork for such an arrangement to encompass the entire Middle East including Israel.

Sixth, there is already existing support for such a zone in the Gulf region. Saudi Arabia has on numerous occasions called for the establishment of a free zone with Saudi Prince Sultan Bin Abdulaziz, then Defense Minister, and Crown Prince, in his address to the U.N. General Assembly in 2005, calling for the Middle East and Gulf regions to be free of WMD. The GCC in their annual summit communique in 2006 equally voiced its strong support for the Middle East and Gulf WMD Free Zone.

When the Gulf Research Center first presented the idea in 2004, it gained immediate attention and support with representatives of all nine regional states attending the initial meetings on the subject. The debate and utility of the concept therefore already has a track record to build on.

Seventh, a GWMDFZ could be the cornerstone for a more comprehensive regional security regime and would be a major step to help regional governments successfully move towards future shared security. It, therefore, represents a concrete example of a confidence-building step that will make a direct contribution to diffusing current tensions. It can further be seen as a contribution to a broader project of a regional security system in which arms control and no-proliferation are an integral part.

It is therefore time to put the concept of the GWMDF Zone back on the table. What should first be a discussion at the track two level could quickly be elevated to track one consideration as regional states rally behind the idea. Moreover, while one should be realistic that the idea will be subject to debate and not every country might immediately agree to promote the concept, a GWMDFZ can be put forward based on “open agreement” allowing for the timely accession of other members.

A GWMDFZ is therefore a preferable diplomatic and political solution and answer to the question of probable nuclear proliferation and further escalation.

*Mustafa Alani directs the Security and Defense Research program at the Gulf Research Center (GRC). Christian Koch is the GRC’s Director of Research.