GCC-China Relations and the Visit of the Foreign Ministers of Saudi Arabia, Kuwait, Oman and Bahrain to China 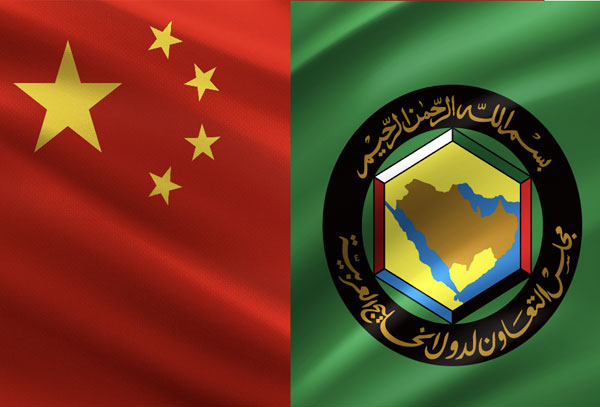 The five-day visit in January 2022 of the foreign ministers of Saudi Arabia, Kuwait, Oman, and Bahrain, as well as the GCC Secretary General to China was unprecedented in nature and explicitly portrays the growing strategic interests of the GCC and China in extending and investing in their relationship. The meetings scheduled covered a range of bilateral and regional issues, such as Chinese investments in the region, regional economic diversification plans, as well as geopolitical developments in Afghanistan, Kazakhstan and Iran. The talks also revitalized the prospects of a GCC-China Free Trade Agreement, which started in 2004 but have made little progress since then. A Free Trade Agreement between China and the GCC is seen as significantly benefiting GCC economies in their various economic initiatives as it will both open GCC products to the massive opportunities available in the Chinese market and facilitate the import of Chinese products such as technology required by GCC states for diversification.

Over the years, China has gradually built and maintained relations across the Middle East by increasing its strategic investments across the region. This includes a number of diplomatic, political, and economic initiatives across the GCC. China’s heavy reliance on the GCC for oil to fuel its economic development makes the region of vital and strategic importance to the country. As of December 2021, Saudi Arabia accounted for over 20% of Chinese oil imports and the GCC as a whole and accounted for over 50% of total Chinese hydrocarbon imports. The total value of GCC-China trade is over 190 billion USD. With China’s rise on the world stage over the past decades, the relationship between the GCC and China has developed to one of a comprehensive partnership based on energy and economics. This is primarily due to their mutual interest in policy initiatives, such as China’s Belt and Road Initiative and economic diversification plans in the GCC. Through its Belt and Road initiative, China has extended infrastructure developments throughout the GCC and Greater Middle East region to establish logistics hubs and trade routes. Chinese construction firms have been instrumental to the development of the New Capital in Egypt, further strengthening its position as a key contributor of the development of the region.

Chinese economic interests in the region have created a vested interest for China to ensure the stability and security of the region. China has traditionally relied on the United States to guarantee the overall security of Strait of Hurmuz and Bab Al Mandab, which ensured the overall maritime security of the region. However, the recalibration of U.S. involvement and withdrawal from the region has prompted China to take a more active approach towards the region. As a result, China has developed its military posture in the Red Sea in Djibouti and has portrayed an interest in pursuing a base in Sudan. Additionally, China has increased its maritime presence in the Arabian Gulf and the strait of Hormuz, to ensure the free flow of oil stemming from the region towards China and to facilitate the export of products from China to the international market.

In essence, the current relationship between China and the GCC countries can still be defined as one of a buyer and seller. However, there are also increasingly political and military dimensions that have become part of the equation. The visit of the foreign ministers to China demonstrates the growing relations between the GCC countries and China, as Chinese diplomatic, security, economic, technological, and political strength continue to expand. China has become a pivotal nation and economy to the GCC economies in their quest for growth and diversification. Additionally, China is beginning to portray a willingness to fill strategic gaps when a U.S. option is not available. A recent CNN report indicated that China and Saudi Arabia were working closely to develop Saudi’s ballistic missile capabilities given the increased domestic opposition in the U.S. to the sale of arms to Saudi Arabia.

Yet, despite the expanding economic and strategic ties between China and the GCC, political divergences exist between the two sides on regional issues, in particular as far as Iran is concerned.  Iran is a pivotal and strategic partner to China and vice-versa as China is the largest importer of Iranian oil. Additionally, Iran’s geographic proximity and access to the Arabian Gulf makes it an indispensable nation to China’s Belt and Road Initiative. Chinese citizens have visa-free access to Iran, which was approved in 2019 as part of the nation’s broader strategy to encourage foreign direct investment. In March 2021, Iran and China signed a 25- year cooperation agreement that includes political, strategic and economic components. On the other hand, GCC states, mainly Saudi Arabia are recipients of Iran’s malign regional activity and expansionist agenda, which directly threatens the region’s overall security.

The coordinated visit of the Foreign Ministers of the GCC states to China therefore serves as an important reflection point on the strength and potential of greater collaboration between the two parties. At this stage, Saudi Arabia and the broader GCC are ready to pursue their positive and practical bilateral relations with China. Given the very real threat environment that the GCC states find themselves in, their preferred partner continues to be the United States.  It will be interesting to see whether this equation will shift in the near future.

*Ghassan Shams is a Researcher at GRC