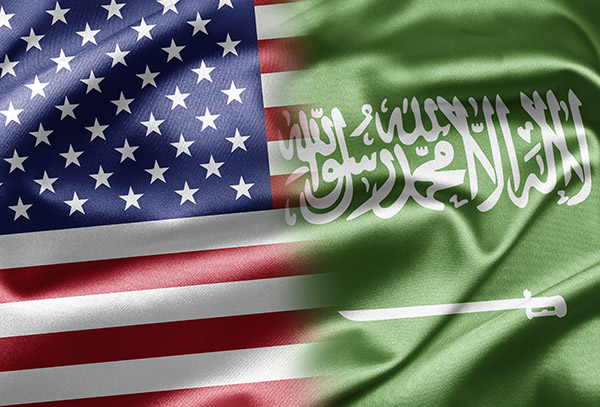 U.S.-Saudi relations are currently undergoing a fundamental re-evaluation, which has implications for the broader strategic orientation of both countries when it comes to the Middle East. For the United States, a key question is how to manage resources to continue investing in what it considers a volatile region with diminishing returns. For Saudi Arabia, a more fundamental question has been raised in terms of ensuring its security considering reduced U.S. commitment. Moreover, the so-called “no response” of the U.S. to the missile attacks on the Khurais and Abqaiq oil facilities in September 2019 underlined existing Saudi doubts to a maximum.

At the outset, it must be noted that much of the traditional relationship centered around oil, trade, and foreign military sales between Saudi Arabia and the United States remains intact. One cannot talk about a break in ties. As of 2021, according to the U.S. Department of State, the U.S. is Saudi Arabia’s second-largest trading partner and the third leading source of imported oil for the United States. The Kingdom is also the U.S.’ largest Foreign Military Sales (FMS) customer, with more than $100 billion in active FMS cases. Overall, Saudi Arabia accounted for 24% of all United States arms sales between 2016 to 2020. This represents a significant contribution to the U.S. economy.

While some fundamentals remain in place, the political nature of the relationship is, however, shifting. From its very start, the Biden Administration has called for a “recalibration” of the relationship with Saudi Arabia. In October 2020, President Biden released a statement while campaigning saying that: “Under a Biden-Harris Administration, we will reassess our relationship with the Kingdom, end U.S. support for Saudi Arabia’s war in Yemen and make sure America does not check its values at the door to sell arms or buy oil.”

Many of the reservations expressed by the Biden Administration have been reflected in policy announcements that have only deepened overall Saudi skepticism. A key issue is the continued involvement of the United States in the broader Middle East region and its impact on the wider security situation. This includes the United States’ signals in limiting its direct military involvement in the wider region, as demonstrated by the U.S. withdrawal from Afghanistan and the fact that the U.S. is shifting its attention to conflicts with China and Russia. A possible return of the U.S. to the Joint Comprehensive Plan of Action (JCPOA) is seen in Saudi Arabia with skepticism and as only an initial step towards needed restrictions on Iran’s missile program and its interference in the wider Middle East. Saudi Foreign Minister Prince Faisal bin Farhan has stated: “We certainly support a deal with Iran, as long as that deal ensures that Iran will not now or ever gain access to nuclear weapons technology, so that’s the challenge.”

When asked about what the Middle East needs from the U.S. after the withdrawal of its troops from Afghanistan, Prince Turki Al-Faisal, the former Saudi ambassador to the U.S., explained that Saudi Arabia wants reassurances from Washington that the U.S. is still committed to the Kingdom. This is the crux of the issue. The June 2021 announcement by the Pentagon of the withdrawal of its air defense assets, including three Patriot missile batteries, was seen as yet another example of the U.S. shifting its focus and abandoning the Kingdom while it continues to be under attack from missiles by the Iran-backed Houthis in Yemen.

As a result of the above, Saudi Arabia has begun to shift gears. The most obvious example is the opening of channels of communication with Iran. The dialogue with Iran is as much about resolving bilateral issues with Tehran as it is about having direct lines outside of those overseen and controlled by Washington. Another priority for the Kingdom is creating unity within the GCC, as Crown Prince Mohammed bin Salman undertook a regional tour to all GCC states in December 2021 prior to Riyadh hosting the annual GCC summit. During the January 2021 Al-Ula summit, Saudi Arabia closed the chapter of the rift with Qatar after ties had been severed since 2017. A commonality of purpose among GCC member states is essential from a Saudi perspective.

Saudi Arabia also reached out to other countries, such as rebuilding ties with Turkey as well as looking to China and Russia for cooperation and broader policy support. China-Saudi relations continue to be primarily driven by economic imperatives, but they are also increasingly multi-dimensional in nature. Saudi-Russian relations have also seen some developments, as “Saudi Arabia has become Russia’s leading partner in the Arab world,” as stated by President Putin. While the U.S. looks at China and Russia as key rivals, Saudi Arabia sees the need to reach out to provide potential opportunities whenever U.S. options are not available.

For the moment, Saudi Arabia and the U.S. both still recognize that there is no alternative to the U.S.-Saudi relationship. On the one hand, Saudi Arabia needs the United States for assistance in strategy, power projection, and arms supplies. Therefore, the U.S. remains Saudi Arabia’s preferred strategic partner and top military sales supplier. On the other hand, the United States recognizes that Saudi Arabia is a strategic partner in promoting peace and stability in the Middle East. Consequently, U.S.-Saudi relations will continue for the coming years as the two countries maintain their bilateral relationship while navigating points of disagreement. The exclusivity in ties is, however, slowly ending and Saudi-U.S. ties are entering a new phase that will have repercussions throughout the Middle East.