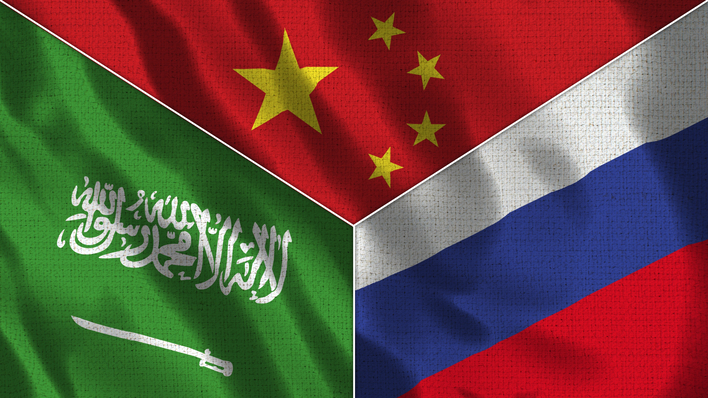 The U.S.-Saudi relationship is currently undergoing a mutual “recalibration” process. From Saudi Arabia’s perspective, there continues to be increased wariness and doubts about the United States’ commitment to the kingdom’s security following the attack on the kingdom’s oil installations of Khurais and Abqaiq in September 2019 and the U.S. withdrawal from Afghanistan in August 2021, in particular. One response by Saudi Arabia to these shifts in Saudi-U.S. relations is Riyadh’s efforts to strengthen ties with other potential partners, such as Russia and China, as well as re-building some of the fractured alliances closer to home, such as Qatar and Turkey.

In Russia’s case, the kingdom’s approach will be influenced by the developments in the crisis in Ukraine. Prior to the crisis, Saudi Arabia focused primarily on bilateral issues rather than seeking a broader, more strategic approach. The potential of Russian arms supplies at significantly lower costs than U.S. equipment, and the fact that Saudi Arabia sees Russia as supporting the kingdom’s efforts to establish a military-industrial base, were two critical areas in which Saudi Arabia intended to pursue options outside of the U.S. military umbrella. Saudi-Russian relations also advanced on the energy front due to shared economic interests in oil matters.

The crisis in Ukraine will undoubtedly impact Saudi-Russian ties. Cooperation within the OPEC+ framework will continue. However, the kingdom’s decision to not push aside recent agreements to increase its own oil production, as requested by the United States, must be seen in terms of oil market conditions instead of maintaining ties with Russia. At the same time, as the kingdom does not have a direct role in the conflict, specific communication channels will remain open to maintain stability in global energy markets.

It should be clear that Saudi Arabia does not see ties to Russia as any type of replacement for its relations with the United States. On the contrary, Saudi Arabia continues to prefer close ties to the U.S. and favors U.S. deals over any other alternative that currently present itself. In addition, Riyadh is fully aware of the potential consequences that more strategic relations with Moscow hold for its prioritized partnership with Washington. As such, Saudi Arabia has, on numerous occasions, hinted at deeper relations with Russia only to draw back on those moves when a U.S. alternative became available or when U.S. pressure increased.

In China’s case, the bilateral relationship between Saudi Arabia and China has developed into a comprehensive partnership based on energy and economics. This is primarily due to their mutual interest in policy initiatives, such as China’s Belt and Road Initiative and Saudi Arabia’s Vision 2030. As a result, China has become Saudi Arabia’s most significant economic partner, and the kingdom is China’s largest oil supplier. Overall, trade between Saudi Arabia and China has grown exponentially, increasing from $417 million in 1990 to over $73 billion in 2019. Additionally, in 2019, the two countries signed a historic $28 billion trade deal, including plans for Saudi Arabia to build a $10 billion petrochemical complex in China.

The expansion of trade ties has spread to other areas. During the COVID-19 pandemic, China offered large amounts of vaccines to Saudi Arabia as part of its “COVID diplomacy.” The two countries have also cooperated on climate issues, for example, in terms of the COP 26 conference in Glasgow. On the technology front, Saudi Arabia signed five MoUs with the Chinese provider Huawei for Saudi ministries and companies during the March 2019 Saudi-Sino Investment Forum. There is also an increased political and even military dimension to current Saudi-China ties. Beijing appears intent on engaging with Saudi Arabia on regional Gulf issues, with Chinese Foreign Minister Wang Yi stating in October 2021 that “China always gives priority to its relations with Saudi Arabia in its diplomacy in the Middle East.” Overall, Saudi-Chinese relations are developing more comprehensively and even strategically than Saudi-Russian ties. However, the same fundamental obstacles that prevent relations with Russia from significantly advancing also play a role in the Chinese context.

Outside of Russia and China, Saudi Arabia is also likely to pivot to other countries such as India. Saudi-Indo relations have progressed significantly in recent years after the visit of King Abdullah in 2016, which resulted in the signing of the “Delhi Declaration.” In 2019, the two sides announced additional Saudi investment opportunities valued at over $100 billion over the upcoming years; the increase of India’s Hajj quota by 30,000, reaching a total of 200,000; and the affirmation that India is one of Saudi’s strategic partners regarding Vision 2030.

Additionally, Saudi Arabia has de-escalated tensions with rivals such as Turkey and Iran. Saudi Arabia’s priority is to re-establish more stable ties in its immediate neighborhood to protect its borders as well as reach out to a variety of international partners that can assist Saudi Arabia in implementing its Vision 2030 and achieving its priorities.

The Ukraine crisis can be seen as further evidence of a shifting world order in which the precise contours of future relations remain fluid. In this volatile environment, Saudi Arabia will continue balancing its bi-lateral relationships that are constantly adjusted to reflect its national interests. Therefore, the coming years will require greater flexibility and pragmatism, both regionally and internationally, than before.