Assessment of Saudi Policy in the Horn of Africa 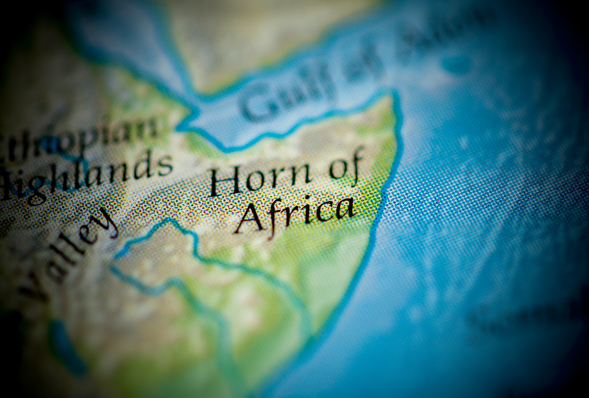 Given that the Red Sea region has very few economic and environmental collaboration agreements between neighboring countries, Saudi Arabia has made efforts to move forward on the political front. King Salman established a new Red Sea council, which began to take shape in 2017, aimed at securing the waterways of the Red Sea and the Gulf of Aden. This council, which included Egypt, Jordan, Eritrea, Yemen, Sudan, Djibouti, and Somalia, aimed to increase cooperation between countries on the Red Sea to tackle piracy, smuggling, and emerging maritime threats. In addition to security issues, the agreement also encompassed broader issues of economic development, as well as environmental and social issues to enhance the stability of the Red Sea and the Horn of Africa.

In light of the destabilizing regional competition in the Red Sea, the King Salman Initiative focuses on how to build Saudi's capabilities to face emerging challenges and support smaller nations within the Horn that have limited naval capabilities. Furthermore, it is an effort towards creating institutions for better coordination and organization among states bordering the Red Sea to counter emerging threats.  While the initiative has thus far not developed the intended momentum, the initiative highlights a clear indication of interest by Saudi Arabia on the geopolitical interstate competition and transnational instability in the Red Sea. Saudi Arabia has made efforts to invigorate the initiative by hosting the leaders of the coastal states in January 2020 for a meeting in Riyadh attended by King Salman.

Outside of the Council initiative, Saudi Arabia is also undertaking efforts to establish an official physical presence in the Horn of Africa. Saudi Arabia has made efforts towards establishing an official base in Djibouti and strengthening maritime links with the country. The kingdom also maintained a military footprint in the Horn of Africa alongside UAE soldiers at the Assab Military in Eritrea base in 2017 used for the conflict in Yemen. What the above suggests is the increased readiness by Saudi Arabia to invest in resources and policies that can protect the waters that surround the kingdom. On these fronts, further Saudi moves can be expected. Economically, Saudi Arabia and Djibouti have signed an agreement on a direct shipping route, which was announced in December 2021 to create new links between Saudi Arabia and the East African market.

The strategic issue of maritime security has emerged as an important dimension and as a key priority moving forward. It can thus be identified as a first trend in the kingdom’s policy towards the region in the near term. Saudi Arabia's efforts to preserve the stability of its borders and maintain the security of its adjacent maritime corridors for the free movement of goods is a key component of Saudi national security. Saudi Arabia is a semi-landlocked country with no access to the open seas, yet it also relies heavily on participation in international trade. The three maritime corridors, the Suez Canal, Bab Al Mandab, and Hormuz straits, are the only access points for Saudi Arabia to the open waters. These international corridors are also paramount to the global economic and geopolitical arena due to the concentration of trade, particularly hydrocarbons, which flow from the region.

The Suez Canal is protected and controlled by Egypt, and Saudi Arabia supports the role Egypt has historically and currently played in maintaining its maritime stability. Following the Camp David Accords and subsequent peace between Israel and Egypt, Suez, the Red Sea's northern part, has enjoyed peace and stability from interstate competition. The threat posed by transnational crime networks that continue to smuggle drugs from points of origin in Syria, Lebanon, or Jordan to Saudi Arabia via the Red Sea continues to be seen as a manageable threat by the Saudi Coast Guard Authorities.

Saudi western naval capabilities and strategic relations on Saudi's western waters have, however, stagnated compared to the eastern and more strategic waterways. The Hormuz strait has seen the bulk concentration of Saudi naval and maritime initiatives due to the concentration of oil stemming from Saudi Arabia’s eastern province, which oversaw the development of the port in Dammam and the concentration of the majority of naval forces in the Gulf. From a geopolitical risk standpoint, the threats from the east and north, namely threats from Iran and, at one point, Iraq, have traditionally been far more paramount to Saudi Arabia's national security thinking than threats in the west or southern border of Saudi Arabia. Saudi Arabia has traditionally enjoyed the stability and protection of Bab al Mandab as the Yemeni government was friendly to Saudi Arabia and shared common objectives of maritime security.

Following the Houthi offensive on Yemen, Bab Al Mandab, which accounts for the flow of close to 10% of world trade and approximately 30% of hydrocarbons export, the stability of the Red Sea became a growing concern. What has become clear in the current environment is that Saudi Arabia’s traditional reliance on great powers to preserve the overall stability of the key maritime trade routes in the Red Sea is no longer sufficient and the absence of meaningful Saudi strategic investments on the Horn of Africa can have negative repercussions. One result were Saudi efforts to build its first overseas military base in Djibouti in 2017, following heightened tensions during the war in Yemen.

What has become equally clear to Saudi policy officials is that areas such as the Horn of Africa as well as other parts of the continent are becoming areas of increased international geopolitical and geostrategic competition. Global powers such as China, Russia, the US, France, and to a lesser extent, the UK have sought to expand their geopolitical and economic presence, resulting in competing spheres of influence in the region. This, in turn, has been accompanied by regional powers such as Turkey, Iran, and the UAE to also expand their footprint in the region through trade, aid, investment, establishment of ports and the expansion of military bases.

Saudi Arabia has a rising awareness of the significance of strategic security in the African continent, particularly in the Horn of Africa. Yet, at the same time, strategic investments have thus far been limited towards the region. The region represents immense opportunities from Saudi Arabia in terms of further enhancing diplomatic and economic ties as well as developing frameworks towards collective security. Threats such as the de-stabilization of Red Sea shipping as a result of Houthi attacks have made the security of the Red Sea a critical strategic issue and concern for the Kingdom. The Houthi takeover of Yemen and subsequent instability on Saudi’s southern maritime border has given the Horn of Africa states renewed importance towards Saudi Arabia. In essence, Saudi Arabia is undergoing a gradual reassessment of its policies towards Africa, which includes leading multilateral efforts vis-à-vis the King Salman Red Sea Initiative and consolidating political alliances in the region through diplomatic engagements. At the same time, Saudi Arabia recognized the strategic importance of African nations in particular the Horn of Africa on Saudi national security.