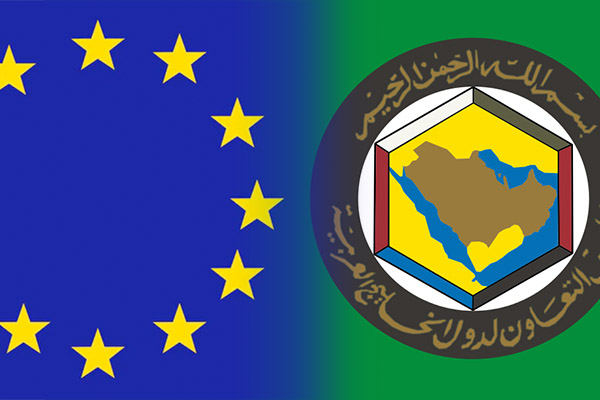 The year 2022 has so far witnessed positive developments as far as the relations between the European Union ( and the Gulf Cooperation Council ( is concerned. In January, GCC Secretary General Dr. Nayef Al Hajraf visited Brussels on an official visi t during which he met with the Josep Borell, the high representative of the EU for foreign and security policy. It was followed by an EU GCC Joint Ministerial Meeting on Feb. 23 in Brussels, the first minis terial gathering in six years.

The communique from the meeting “stressed the importance of continuing to strengthen relations between both sides in light of regional challenges” and underlined “the importance of enhancing relations between the GCC and the EU in a wide range of areas” including trade and investment, energy, climate change, education and regional security among others. The ministers also endorsed a joint cooperation program that outlines specific steps to be followed and implemented until 2027.

While holding a ministerial meeting itself was a welcome step, the GCC-EU ties received an additional boost with the release of the joint communication on a “Strategic Partnership with the Gulf” by the European Commission on May 18. The document is the most comprehensive outline of issues wherein the EU has expressed its keenness to expand its ties with the GCC states reflecting both core European interests and relatively precise proposals for cooperation. The document is explicit and offers a clear acknowledgment that “the security and stability of the Gulf region bears direct consequences for the EU” while stressing that “the European Union stands much to gain from a stronger and strategic partnership with the Gulf Cooperation Council (GCC) and its member states.”

However, it is still a proposal pending approval from the European Council and European Parliament in a vote scheduled later in June.

The Joint Communication was delayed by a few weeks due to the Russian invasion of Ukraine taking over the European agenda. It, however, needs to be emphasized that the communication is not the result of the Ukraine crisis but rather because of a growing recognition by the EU that a deeper and more coordinated approach to the GCC countries was needed.

The proposals in the communication took shape during deliberations held over the course of the past year and prior to the Russian military move. Instead, the Russian action only added to the urgency of the matter. The timing of the draft’s release, therefore, could not have been better.

The EU’s outline of a new partnership with the GCC states and the broader Gulf region is important from several angles. First, the document provides a broad framework for advancing EU policy in the region. In addition to the traditional areas of promoting trade and investment as well as energy security, it places emphasis on issues such as global health, the green transition, development and humanitarian needs as well as contributing to the de-escalation of tensions in the broader region. All of these hold the potential for greater collaboration between the two sides.

Second, the communication contains two specific steps that will have a direct impact on GCC-EU ties. One is the expansion of the EU Delegation offices in the GCC countries with Qatar and Oman joining already existing offices in Saudi Arabia, the UAE and Kuwait. Even more important is that the proposal envisages the extension of visa-free entry into the EU for nationals of Qatari and Kuwaiti nationals and “systematically issuing multi-entry visas with a long validity” for the nationals of other GCC states. The UAE is exempted as it already obtained its visa-free status in 2015. This move alone will remove a major irritation in relations as EU nationals have long enjoyed visa-free travel into the GCC states.

Third, the strategy is fairly nuanced. It underlines the active role being played by the GCC states in their broader neighborhood and that the Gulf countries “are emerging players on the international stage in addressing the fight against climate change,” or the “substantial” position GCC states have when it comes to humanitarian and development aid. In addition to the multilateral level, the communication stresses the need to take on a two-pronged approach with complementary bilateral partnerships. It even suggests the involvement of “other key Gulf countries” in certain areas, which here means Iran and Iraq in particular, thus moving the EU closer to a more comprehensive Gulf policy. And it recognizes that a successful re-implementation of the Iran nuclear deal, the JCPOA, is a "platform for further efforts to reduce tensions and build confidence in the region."

The fact that a potential agreement on Iran’s nuclear program should not be seen as an end by itself is an important recognition by the EU and something that has been argued for by the GCC states.

The above suggests a new chapter in EU-GCC/Gulf relations. As the old saying goes, however, the proof is in the pudding. To be sure, there is a sense of déjà vu as there have been numerous pronouncements and initiatives in the past with many not subsequently materializing and other not living up to their expectation. The failure to come to a Free Trade Area agreement is simply the most obvious. Even a Joint Action Program existed between 2010 to 2013 without producing tangible.

It will, therefore, be important to quickly follow up many of the proposed ideas with concrete implementation strategies that show results even by the end of this year. Particular emphasis could be given to operationalizing educational exchanges and youth mobility programs as proposed.

The EU and GCC governments also need to empower institutions at both the governmental and non-governmental level to fill the document with substance.

The ambitious agenda cannot be implemented by governments alone but require a concerted efforts by broad sectors of society. The bottom line is the longer ones waits, disappointment will once again creep into relations ultimately leading to a situation where both sides find themselves having failed to act and maintain the momentum currently in place.

There is also the need for a more concerted and specific reply from the GCC states in terms how they see the various proposals moving forward. So far, the response has been limited to Dr. Al-Hajraf welcoming the proposal and expressing “his aspiration to translate the contents of the joint communication in a practical way” while Oman’s Foreign Minister Sayyid Badr al-Busaidi also announced his support for the strategy. These are first positive signals, but they will require a more formal response once the communication wins formal EU approval. This will also be an opportunity for the GCC states to formulate their own priorities when it comes to the many issues entailed in the proposal.

Whether EU-GCC ties really enter a new era of a “strategic partnership” remains to be seen. The current momentum and focus on specific action area suggests a convergence of interests that possibly give this relationship a real opportunity. But only time will truly tell.

*Dr. Christian Koch is the Director of Research at the Gulf Research Center