Thaw in Saudi-Iran ties and the way forward 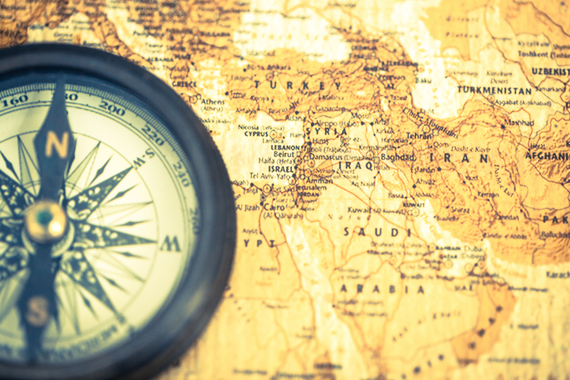 Ties between Saudi Arabia and Iran have been characterized by perennial tensions that have shaped the recent history of the Middle East.

The rivalry between these two countries has been playing out across the region. Therefore, it is necessary to understand the dynamics of the Saudi-Iran relations for any efforts aimed at conflict resolution and peacebuilding.

Tehran's influence in the region has led the Kingdom to re-evaluate its foreign policy strategy. The Kingdom has realized it lacks an immediate response mechanism to counter Iranian strategies.

The ongoing diplomatic engagement with Iran aims at defusing tensions and allowing regional actors to focus on pressing issues such as economic development in the aftermath of the COVID-19 pandemic. The Saudi-Iran parleys held in Iraq cannot be viewed as part of any paradigm shift, as it would be too early to make assumptions at this stage. However, it does reflect a change in Riyadh’s strategy and its emphasis on maintaining direct communication channels with Tehran.

Saudi Arabia views Iran’s regional ambitions and willingness to use all sorts of tactics including armed capabilities to expand its regional influence at the expense of its neighbors as a strategic threat.

From a Saudi perspective, Iran’s strategy is aimed at taking advantage of opportunities and leveraging on power vacuums in the region. This has become evident in recent years, as Tehran extended support to different regional armed groups such as the Houthis in Yemen, Shiite militias in Iraq, and Hezbollah in Lebanon.

The two sides concluded the fifth round of talks in Baghdad in April 2022. The objective of those talks was the restoration of diplomatic ties. Following the talks, officials from both sides expressed optimism. “Our hands are stretched out. We are trying to send the message that going into a new era of cooperation in the region can deliver benefits for all of us,” Saudi Foreign Minister Prince Faisal bin Farhan said during a panel discussion at the World Economic Forum in Davos on May 24, 2022. Iraj Masjedi, Iran’s outgoing ambassador to Iraq, described the talks as a “positive” development that “lights the future path” for continued progress. During an interview with state-owned Al-Sabah newspaper, Iraq’s Prime Minister Mustafa Al-Kadhimi also said: “We are convinced that reconciliation is near” (AFP, 2022).

The Kingdom believes that in order for the region to achieve a prosperous future, Iran needs to agree on a more “peaceful outlook” for its regional policies. Saudi Arabia is determined to continue talks with Iran to “lean into what can be a very, very important sea-change in our region,” as the Saudi foreign minister said in Davos.

In early March 2022, Saudi Crown Prince Mohammed bin Salman said the Kingdom and Iran are “neighbors forever,” and it would be “better for both of us to work it out and to look for ways in which we can coexist.” The recently concluded round of talks, however, did not achieve any breakthrough. As far as the Kingdom is concerned, the dialogue did not bring forth a clear sense that Iran is willing to engage with Saudi Arabia in a dialogue on regional problems. The key issues from the Saudi perspective remain the same: Iran’s nuclear program, its missile capabilities, and Tehran’s support of proxy forces in the region.

Saudi Arabia is keen to develop a regional security framework in collaboration with all regional players. The Kingdom also hopes that increased diplomatic activities in the region can open more pathways to cooperation. A sixth round of talks is likely soon. Commenting on the meeting, the Saudi foreign minister said at the Munich Security Conference in February 2022 that Saudi Arabia hopes “that there is a serious desire to find a new modus operandi.”

He said progress in the upcoming round of talks, date of which is yet to be confirmed, “will indeed require from our neighbors in Iran a serious desire to address the underlying issues.”

Key aspects at this stage include continued constructive engagement between Iran and the international community on maintaining monitoring mechanisms at Iranian nuclear sites, avoiding further escalation in case of failure of the nuclear talks, and stopping attacks on the Kingdom and other Gulf Cooperation Council states from Iranian-backed proxies. Rapprochement between the two countries is only possible if progress is made on these key issues.

Overcoming decades of mistrust may not be easy but the growing convergence of the Saudi and Iranian policy on mediation and de-escalation initiatives show there is willingness on both sides to mend.