FSO Safer: A ticking time bomb or a beacon of hope for international community 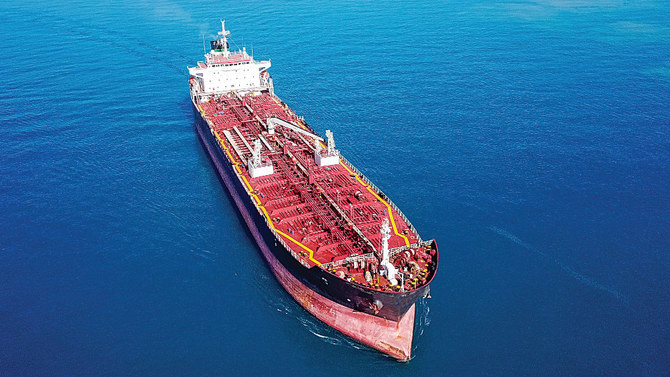 Yemen continues to face several structural challenges on a humanitarian, security, and economic level. Several interlinked factors have added to the complexity of the Yemen conflict. The Arab country has long suffered from abject poverty, foreign interventions, and internal strife. The armed conflict has already claimed over 370,000 lives and resulted in an immensely fragile security environment that is also disrupting the supply of humanitarian aid. In 2021, Yemen was ranked the world’s most fragile state in the FragileStates Index.

This paper seeks to highlight the factors contributing to the country’s instability and the issue of FSO Safer, an aging supertanker, moored off Yemen’s Red Sea coast. The tanker is reportedly in a state of decay and can soon break apart or explode if immediate action is not taken. According to reports, the tanker is holding four times the amount of oil spilled by the Exxon Valdez, which is enough to make it the fifth-largest oil spill from a tanker in history.

The UN is keen to resolve this issue and prevent an environmental catastrophe. According to the UN, “A massive spill from the Safer would destroy pristine reefs, coastal mangroves and other sea life across the Red Sea, expose millions of people to highly polluted air, and cut off food, fuel and other life-saving supplies to Yemen, where 17 million people already need food aid. “Coastal communities would be hit hardest. Hundreds of thousands of jobs in the fishing industry would be lost almost overnight. It would take 25 years for fish stocks to recover. The cost of cleanup alone would be $20 billion.”

The negotiated agreement between the concerned parties can act as a basis for cooperation to constructively resolve issues of common concern. This issue can also serve as a case study for the international community to work cohesively toward crisis prevention rather than crisis management in Yemen and thus contribute to international and regional efforts to build an inclusive security architecture in the region.

Background of the Yemen conflict

There are several dimensions to the Yemeni conflict. First, it is a civil war between opposing forces with conflicting future visions for the impoverished country. Second, it is a cross-border conflict between the Saudi-led coalition (SLC) and the Houthis. Third, a proxy war is being played out between Saudi Arabia and Iran with the latter providing the Houthis with weaponry, which is used against targets within Saudi Arabia. The fourth and equally important issue that is adding to the woes of Yemen is the ongoing war against violent extremism and terrorist networks including Al-Qaeda.

Before the outbreak of the conflict, civilians in Yemen were considered amongst the “most armed” people in the world. The ongoing conflict and the resultant proliferation of small arms to non-state actors have increasingly caused the security environment to deteriorate, placing tremendous constraints on future disarmament, demobilization, and reintegration (DDR) efforts.

The conflict, which has created the world’s worst humanitarian crisis, has entered its seventh year but a political solution to the crisis remains elusive. The resignation of the Hadi government and the establishment of a Presidential Leadership Council (PLC) are seen as the fruit of efforts aimed at finding a political solution acceptable to the Yemenis. The UN-brokered truce is also seen as an opportunity to initiate a political dialogue as well as a step to renew confidence building among different stakeholders.

However, the Houthi rejection of the PLC and the lack of confidence over its abilities expressed by common Yemenis raise fears that the body may not be able to achieve the desired results. For the transitional body to succeed, the international community should lend its support to help the war-torn country emerge from multiple crises. Currently, Yemen has approximately 2 million armed fighters belonging to various factions and networks.

The country is also acute water shortage and the available water is highly contaminated. In addition to that climate change is causing flash floods in the country thus adding to its worries. The likelihood of water conflict as well as climate migration, therefore, exists as an additional risk and a contributing factor to the fragility of the Yemeni state in the medium term. Yemen already ranks number 172 out of 182 in the climatevulnerability index. According to a survey conducted by the European Peace Institute, the majority of Yemeni respondents ranked environmental concerns (such as living conditions and natural resources) as an urgent priority. Some even prioritized environmental issues over “ending the war.”

The ongoing war in Ukraine has also aggravated the food security situation in the impoverished Arab country, which was already heavily reliant on food imports. Despite the majority of the Yemeni population employed in the agricultural sector, the country fulfilled over 80 percent of its food requirements through imports from other countries. The Ukraine conflict has thus caused food security to become another issue of concern as the state continues to suffer from famine initially caused by the war. Over one-fifth of Yemen’s wheat is imported from Russia and Ukraine, which means that due to the current supply chain disruptions the prices of food items have skyrocketed further worsening the hunger crisis.

Among the aforementioned concerns, the proliferation of weapons and expansion of lethal capability of the Houthi militia supported by Iran poses not only additional challenges at the domestic level but has also become a security concern for Saudi Arabia. The global consequences of maritime trade disruption as well as the targeting of the Saudi oil installations and critical infrastructure have overarching implications on oil prices and inflation globally. It remains clear, therefore, that resolving the cross-border conflict in Yemen, and the overall stability of Bab El-Mandab is of paramount importance to avoid the spillover effects of the conflict on the global economy.

The negotiated truce in Yemen, which was extended for an additional two months, has come as a sigh of relief to the Yemenis. The truce, however, remains fragile and in addition to domestic considerations, it also remains vulnerable to the geostrategic calculations of international and regional actors. Yet, efforts to reinvigorate the peace process to find an equitable solution as well as continued international efforts to deliver humanitarian aid to Yemen are more urgent than ever.

An emerging challenge, which can make Yemen’s current predicament even worse, is the potential break up of the FSO Safer, which is rightfully called a ticking time bomb. A partial or full oil spill from the FSO Safer would have devastating humanitarian, environmental and economic consequences in Yemen, with spillover effects that could impact international trade and global supply chains as a result of congestion and pollution in the Bab El-Mandab strait.  The spill would also place further restraints on Yemen’s food security as a result of damages to the country’s fishing industry and expose Yemeni civilians to life-threatening toxins.  It would be pertinent to mention here that 70 percent of all humanitarian aid to Yemen arrives through the port of Hodeidah. In the event of an oil spill, the port would be shut down within a matter of days. Thus far, the disintegration of the FSO has been a surface-level threat to the worsening human security situation in Yemen and remains an avoidable catastrophe.

The UN mission has so far reached $60 million (at the time of writing) of the required $80 million in committed funding and is short of $20 million to implement the first and most important phase of the mission, which is to avoid an oil spill by safely transferring the oil from the FSO Safer to a secure vessel.

As reported in a Gulf Research Center’s report in 2020, the Yemeni environmental group Holm Akhdar (Green Dream) estimates the main environmental impacts to be as follows:

Yemen’s coastline is approximately 2,500 km long and fish has been an abundant resource providing both livelihoods and nutrition for the coastal population. Before the conflict, Yemen was a major fish producer, and the seafood industry was ranked as the second-largest export sector following oil. According to the Observatory of Economic Complexity (OEC), despite the war, fish accounted for over 8 percent of the country’s total exports in 2020. The fish industry is also responsible for the employment of a large number of people living along the coasts. Deterioration in the number of fish available or contamination of the waters as a result of the disintegration of the Safer would place additional socioeconomic constraints on the country.

The UK-based Risk Aware conducted a modeling exercise to show the extent of the impact of the oil spill. Depending on the season, climate, and tides, the extent of the impact will vary. However, in the event of an oil spill, the cleanup cost will amount to approximately $20 billion. And the presence of naval mines in the southern part of the Red Sea would further complicate a cleanup operation.

The UN initiative, which as a first phase is focused on securing the oil and avoiding an avoidable disaster is being led by David Gressly, the resident and humanitarian coordinator in Yemen. The government of the Netherlands has been deeply involved and during a pledging campaign held in recent weeks, Saudi Arabia along with the US donated $10 million each. Qatar donated $3 million and other countries also pledged amounts bringing the total to $60 million (at the time of writing). The UN has also initiated a crowd-funding campaign, which has a dual effect of raising awareness of the issue at hand, while also encouraging the private sector and citizens’ involvement in the funding of the project. Once the remaining $20 million is raised and the mission is successfully concluded, the international community would have successfully averted a foreseeable catastrophe from taking place.  Many unfortunate yet foreseeable and avoidable events have plagued our generation; the international community can act together today to avoid another catastrophe from taking place.

*Ghassan Shams is a Researcher at Gulf Research Center