Sports Diplomacy in the GCC 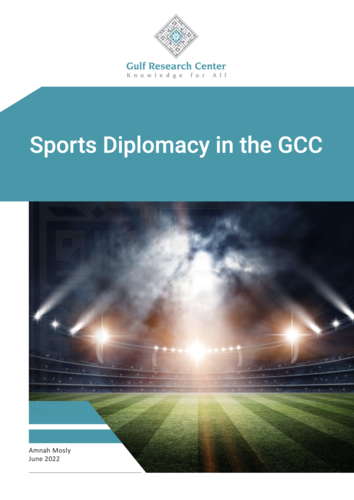 While the concept of sports diplomacy is nothing new, the research of sports as a tool of soft power both in the Gulf states and internationally remains exceedingly understudied. Realizing the importance of sports diplomacy and its effectiveness in image building, the Gulf Cooperation Council (GCC) countries have taken concrete steps in this regard. The GCC countries, primarily the United Arab Emirates (UAE), Qatar, Bahrain, and now Saudi Arabia, see sports as a means to diversify their oil-dependent economies, build social cohesion within the bloc, and as a means to promote soft power abroad. Indeed, sports and politics are interconnected. Sports operate within the larger socio-political context, especially regarding gender and youth and it has been used to influence diplomatic, social, and political ties.