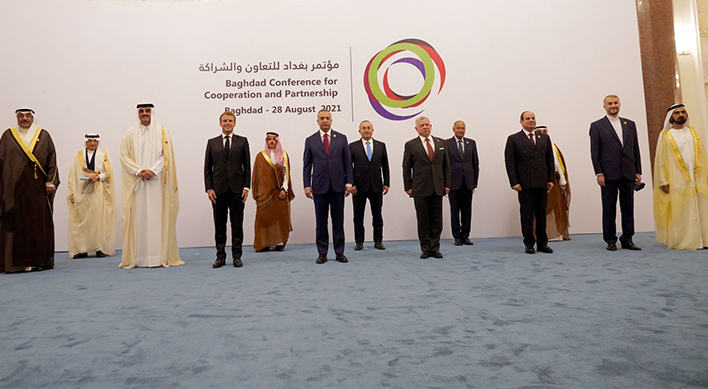 As the world’s largest exporter of crude oil and an undeniable financial powerhouse, Saudi Arabia maintains an important position within the Arab world (US Energy Information Administration, 2021). Despite its status in the Arab world, instead of pursuing a wide-ranging and ambitious regional agenda Riyadh has traditionally focused on its domestic issues and stressed the need for political consolidation in the wider region.

Saudi Arabia’s regional policies have mainly revolved around filling political vacuums as and where they emerge. Of late, the Kingdom has been preoccupied with defending itself against pressing threats in its immediate Arab neighborhood as well as focusing on its Vision 2030 transformation program. Riyadh is, therefore, more focused on defending the status quo rather than trying to assume regional leadership.

Many of the Kingdom’s actions in the wider Arab region are driven by the threat perception of Iran. Saudi Arabia views most of the developments in the Arab world mainly through the lens of its conflict with Iran. Iranian meddling in conflict-hit parts of the Middle East has added a new dimension to the Kingdom’s perception of the regional threat. In the recent past, Iran not only tried to export its revolutionary ideals of “resistance” but it also sponsored and instrumentalized Shi’ism to promote its political goals by arming and training Shiite militias.

The Saudi positioning on the so-called “Arab Spring” must also be viewed within the same Iranian context and the threat of Tehran’s capabilities to capitalize on power vacuums in the region (Al-Ketbi, 2020). Against this backdrop, the Saudi actions in the region can be described as defensive. The Kingdom has always strived to prevent the negative effects of the regional developments from spilling over into its borders and endangering its national security and interests.

Saudi Arabia is preoccupied with fortifying its external security against regional threats arising due to increased Iranian meddling in its neighboring countries. In addition, Riyadh seeks to implement its national reform agenda to restructure its economy along modern lines.

In conjunction, the Kingdom’s tendency to utilize financial investments as a tool to garner tangible political influence in the Arab world has become subject to greater scrutiny and a stricter cost-benefit analysis. While Saudi Arabia continues to utilize financial and economic means to build political leverage abroad, the recent assessment within Saudi policy circles, however, is that Riyadh’s financial investments in its neighboring countries have not produced the desired results. Considering the Kingdom’s domestic requirements, these investments have become increasingly unsustainable.

It is in this context that Saudi Arabia took the lead at the 41st Gulf Summit in January 2021 by forging the AlUla agreement, which ended the crisis with Qatar. It became clear to the Kingdom that the cost of tensions with Qatar, especially political, far outweighed the initial benefits. Subsequently, Saudi Arabia consolidated ties with all GCC countries with Saudi Crown Prince Mohammed bin Salman embarking on a tour of the GCC states in December 2021 before the holding of the summit meeting in Riyadh (Aljazeera 2021).

While Saudi Arabia is emphasizing Gulf unity, a greater degree of scrutiny is visible when it comes to engagement with the wider Arab neighborhood, including countries such as Egypt, Jordan, Lebanon, and Syria. In addition to focusing on return on investments, the Kingdom will also consider the position of foreign partners when it comes to the issue of Iran. Saudi Arabia is simply not willing to accommodate countries or entities (such as Lebanon or Hamas) that are interested in stronger and beneficial ties, while at the same maintaining a similar relationship with Iran.

Moving forward, it is likely that the Saudi government will continue focusing on its national transformation program and expanding its economic development and diversification, which could position the Kingdom to adopt more of a regional leadership position in the medium- to long-term.

With its focus on domestic priorities, the Kingdom will follow a policy of withdrawing from costly commitments and avoiding entanglements where involvements carry with it mounting costs and low returns. The examples of Yemen and Lebanon stand at the forefront of such policy priorities (Ibish, 2021).

Ibish, Hussein (2021), “Why the Gulf States Turned on Lebanon: Saudi Arabia and its allies are pressuring Lebanon to gain leverage in Syria and Yemen,” The Arab Gulf States Institute in Washington (AGSIW), Nov 19, https://agsiw.org/why-the-gulf-states-turned-on-lebanon/.

Kabalan, Marwan (2021), “The Al-Ula GCC Summit: An End to Gulf Rivalry or Just Another Truce?” Insight Turkey 23, no. 1: 51-59, https://www.insightturkey.com/commentary/the-al-ula-gcc-summit-an-end-to-gulf-rivalry-or-just-another-truce.