A National Transformation: Saudi Arabia and the Vision 2030 Reform Agenda 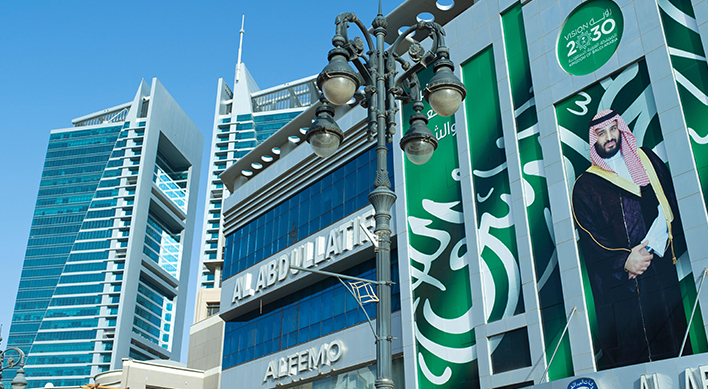 Saudi Arabia is currently undergoing a massive socio-economic transformation at a rapid pace. This process of economic, legal, and social reforms began with the launch of the Vision 2030 program that seeks to change Saudi Arabia from a relatively conservative country into a modern, vibrant, and inclusive society. Transformation at such a huge scale tends to create challenges, as change is often not easily accepted.

During such transitions, internal and external forces easily affect public opinion and societal perceptions. In addition, these changes do not affect everyone in the same way, as the transition is not linear. Due to the nature of this change, it is difficult to identify all challenges immediately. It needs constant review and study of the situation.

In the realm of economy, one of the measures taken in the Kingdom was the launch of the Fiscal Balance Program. The program introduced a value-added tax, levies on expatriates, and an increase in energy prices. The program aims to reduce the country’s dependence on income from oil. It seeks to diversify the Kingdom’s sources of income by 2030 (Aldubyan and Gasim 2021, 1; Moshashai et al. 2020, 382). The program also envisions a shift away from public sector employment and government contracts as the leading source of jobs and economic activity. In line with this vision, the FBP entails a reduction in blanket subsidies so that ﬁnancial support can be better allocated to the most vulnerable segments of society, rather than the entire population, especially high-income households (Moshashai et al. 2020, 390). As such, targeted cash transfers were provided to low-income Saudi families to offset the unfavorable effects on their livelihoods (Blazquez et al. 2021, 145).

Many of the legal reforms enforced during the past seven years have created a more inclusive social environment for Saudi women. These measures are aimed at empowering Saudi women and helping them contribute toward the economic uplift of the Kingdom. It would be pertinent to mention that the impact of these reforms varies based on socioeconomic, educational, and family backgrounds.

Overall, these steps have paved the way for Saudi women to better participate in the local labor market and make their contributions to society felt. For instance, women were permitted to cast their votes and run for office in municipal elections in August 2015. Subsequently, 38 women were elected or appointed to municipal councils four months later in December 2015 (KFCRIS 2021, 12). A royal decree issued in September 2017 repealed the ban on women driving, which came into effect in June 2018 (Topal 2019, 3). This fundamentally shifted gender norms within the Kingdom. Between June 2018 and January 2020, around 175,000 driving licenses were issued to Saudi women (KFCRIS 2021, 13).

Other reforms enabled women to participate in sports, from the school field to local soccer leagues to the Olympics (Shihabi 2022, 4). Moreover, in August 2019 the Kingdom eased guardianship restrictions on Saudi women by allowing them to apply for a passport and travel freely, access other government services, register a birth, marriage, or divorce, open a business, work, study, and seek medical treatment without the permission of a male guardian (KFCRIS 2021, 14; Jaber 2021). Saudi women can now change their personal information, such as their family name, children’s names, and marital status, without a male guardian's permission (Alarabiya 2021). Regarding employment, many industries such as the military, air traffic control, and public prosecution are hiring women for the first time (KFCRIS 2021, 14; Farouk and Brown 2021,18; Eum 2019, 126). This change goes hand in hand with the government’s decision to abandon previous strict segregation policies in the workplace. Companies can now hire women to work alongside men if they provide separate toilets, a security system, and a private room where women can pray (Eum 2019, 125-126). Of the 150 Shoura Council members, 30 are now women (KFCRIS 2021, 14).

As mentioned earlier, socioeconomic reforms of this magnitude impact social groups and individuals differently and people receive such changes differently. Initially, such reform measures tend to create challenges, but with proper handling of the situation and by creating awareness about the programs, all obstacles can be overcome. The Saudi Vision 2030 program is a work in progress. It would be too early to analyze its impact based on the current situation, which is bound to remain fluid until the fruit of this program starts becoming visible and trickling down to the masses.

The Saudi policymakers are aware of all these challenges and working to address all the issues. Some challenges include the increasing cost of living, widening gap between elite and non-elite members of society, unemployment, and an imbalance in regional development.

In addition, external factors, such as the coronavirus (COVID-19) pandemic created financial difficulties not only in the Kingdom, but worldwide.

The Saudi government, however, has taken steps to reduce the gap between the wealthy and poor through the creation of the Citizens’ Account. This scheme provides eligible lower-to-middle-income households with monthly cash transfers to help offset higher energy prices (Aldubyan and Gasim 2021, 2; Gasim and Aldubyan 2019, 14). While the cash handouts disbursed via the Citizen’s Account help alleviate some of the pressure on lower-income households, the allowances are currently not high enough to also cover other direct or indirect costs such as the value-added tax. The scheme, however, is a positive step in the right direction.

The fast-paced reform agenda in Saudi Arabia can be described as revolutionary. In less than seven years, the country has undergone (and continues to undergo) a drastic economic and social transformation, affecting the livelihoods and experiences of various constituents in the Kingdom, albeit to varying degrees.

This ongoing transformation is necessary considering the evolving global environment and the decreasing demand for oil. Although numerous individuals have benefited from the legal and social reforms, the economic reforms also present significant challenges to lower-income households in the country. However, this is part and parcel of such huge transformations, and these challenges should not call into question the effectiveness of the ongoing reforms. It is a temporary phase and many nations have gone through similar stages and evolved into developed countries in all aspects.