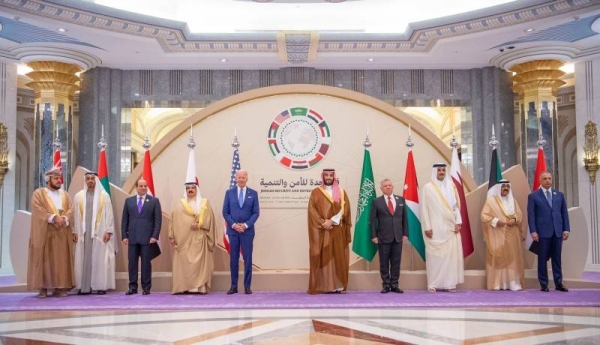 Following several years of ups and downs in the relationship between Riyadh and Washington, President Joe Biden’s recent visit to Saudi Arabia and meeting with Crown Prince Mohammed bin Salman signaled a positive shift in bilateral ties and relations with Saudi Arabia and the Gulf Cooperation Council (GCC) as a whole. Moreover, the visit undoubtedly served as a reference point for both current and future US administrations to strengthen Washington’s long-lasting strategic ties with the Gulf.

At the JeddahSecurity and Development Summit, leaders from the six GCC countries and Egypt, Jordan, Iraq, and the US discussed a wide range of topics, including the preservation of regional security and stability, resolution of the Israel-Palestinian conflict on the basis of a two-state solution, energy security, energy markets stability, Saudi Arabia’s leading role in OPEC+, renewal of support to the Treaty on the Non-Proliferation of Nuclear Weapons, the truce in Yemen, and the current issues in Syria, Lebanon, Libya, Sudan, and Ukraine, according to Saudi Gazette.

Specifically, the leaders of the GCC welcomed President Biden reiterating the US’ enduring commitment to protecting and defending the region following the US withdrawal from Afghanistan. In an address before the summit, PresidentBiden stated that the US would “remain an active, engaged partner in the Middle East” and “will not walk away and leave a vacuum to be filled by China, Russia, or Iran,” adding that the interests of the US are “closely interwoven” with the success of the Gulf region. Addressing the leaders of the GCC countries, PresidentBiden elaborated that “the United States is invested in building a positive future in the region, in partnership with all of you, and the United States is not going anywhere.”

Moving forward, it is expected that the US and the GCC will take measures to reestablish mutual confidence and continue to strengthen their decades-long strategic relations. As explained by Dr.Abdulaziz Sager, chairman of the Gulf Research Center, President Biden’s visit to Saudi Arabia was “successful for the purpose and the mission of the visit,” which includes restoring the relations between the two countries, strengthening and continuing the 80-year relationship between the US and the GCC, and reemphasizing and recommitting the US’ role in the region. In addition, PresidentBiden outlined a “new framework for the Middle East,” divided into five parts, including economic development, military and security, and regional stability.

Already, ties between the United States and the Gulf region are improving. For example, DefenseNews reported that on August 2, 2022, the US State Department cleared military sales to both Saudi Arabia and the United Arab Emirates to help bolster their defenses against Houthi attacks. According to DefenseNews, the US would provide Saudi Arabia with 300 Patriot missiles worth more than $3 billion to help defend the kingdom. Moreover, Saudi Gazette stated that, according to the Pentagon, “this proposed sale will support the foreign policy goals and national security objectives of the United States by improving the security of a partner country that is a force for political stability and economic progress in the Gulf region.” In addition, the US Central Command (CENTCOM) initiated with Saudi Arabia the planning of Exercise Eagle Resolve 23 scheduled for May-June 2023 in the kingdom.

Similarly, DefenseNews stated that the UAE would receive 96 defense system missiles valued at $2.2 billion and that “the proposed sale will improve the UAE’s ability to meet current and future ballistic missile threats in the region, and reduce dependence on US forces,” calling the UAE a “vital US partner for political stability and economic progress in the Middle East.”

Moreover, Martina Strong, the US Chargé d’Affaires at the US Embassy in Riyadh, praised the kingdom’s worldwide humanitarian role through its aid agency, the King Salman Humanitarian Aid and Relief Center (KSrelief). In addition, according to Arab News, Strong met with Dr. Abdullah bin Abdulaziz Al-Rabeeah, an advisor at the Royal Court and KSrelief supervisor general, during which they discussed ways to enhance food security worldwide.

In short, improvement in US-GCC relations is visible on all fronts. The two sides are expected to continue expanding bilateral relations and boosting cooperation in various sectors such as clean energy, climate change, regional peace and stability, and education. In conclusion, the US-GCC relations remain strong and resilient despite some analysts’ suggesting otherwise.