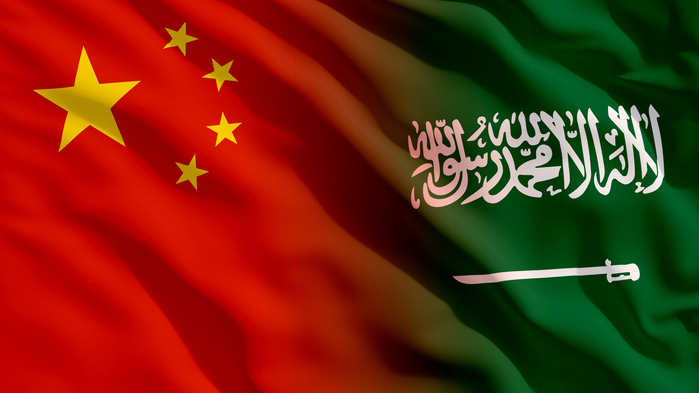 2020 marked the 30th anniversary of diplomatic relations between Saudi Arabia and China. Over the past three decades, the bilateral relationship between the two countries has transitioned from marginal importance to a more comprehensive strategic partnership. For the moment, ties remain primarily focused on further developing and expanding the trade relationship founded on energy. At the same time, there are indications that both sides are ready to take the next step in more in-depth political and security coordination.

Much of the direction of Saudi-China ties is predicated on how the Saudi-US relationship defines itself in the years ahead. In case ties between Riyadh and Washington deteriorate further, the depth in terms of the role of China could increase. Yet, even then, it would be imprudent to foreshadow a new "alliance" relationship between Riyadh and Beijing. The key for Saudi Arabia remains to avoid being caught in the middle and put the kingdom in a position where it might have to choose.

For now, it is energy and economics

According to the kingdom's General Authority for Statistics, Saudi Arabia's exports to China amounted to $6.24 billion in April 2022, accounting for 17 percent of total exports. In terms of imports, China leads with $2.93 billion in outbound merchandise to Saudi Arabia, accounting for 19.8 percent of Saudi's total imports in April. By August 2022, those figures increased with China exporting $3.19 billion and importing $7.86 billion from Saudi Arabia. Overall, between August 2021 and August 2022, China's exports increased by $663 million (26.3%) from $2.52 billion to $3.19 billion, while imports increased by $2.36 billion from $5.5 billion to $7.86 billion.

China has started to make its presence felt as a cornerstone of diversification for Gulf states on both the economic and the geopolitical front. In terms of energy and economic relations and against the backdrop of the Ukraine conflict, Saudi Arabia revealed on March 15, 2022, that the kingdom is in active negotiations with Beijing to price part of its oil supplies to China in yuan. The move could not only begin to undermine the U.S. dollar's domination of the worldwide petroleum market but also signal Saudi's tilt toward Asia if implemented and pursued further.

In addition to energy and economics, doors are beginning to open on the regional security and defense front as well in terms of Saudi-China relations. As far the kingdom is concerned, developments in recent years have led to question marks concerning the willingness of the United States to continue to secure the kingdom against foreign threats, primarily from Iran and Iranian proxy groups. This encompasses the removal of advanced missile defense systems and Patriot batteries from Saudi Arabia while the kingdom faced continued air strikes from Yemen's Houthi rebels, the non-response to the attacks on the Saudi oil installations at Abqaiq and Khurais in September 2019, and the abrupt pullout from Afghanistan in 2021. Washington has further undermined its political capital with the kingdom by refusing to extend sufficient support for the war effort in Yemen, ignoring their concerns about regional foe Iran, and limiting conditions on U.S. military sales to the Gulf States. Taken together, Saudi government officials have been left wondering to what degree U.S could still be considered an ally. While the kingdom understands Washington's growing reluctance to intervene militarily in the Middle East, the length the U.S. has gone has triggered explicit fears by Saudi authorities that the U.S. can no longer be relied on in an hour of need.

In the wake of these reasons, Saudi Arabia is working on two fronts: increasing its autonomous military capabilities and aggressively broadening economic and military connections with major external entities. Saudi Arabia seeks to improve defense connections with European nations as well as with China, India, Brazil, South Africa, and Turkey to compensate for the falling U.S. security assistance.

While the United States remains the predominant arms supplier to the kingdom in terms of military equipment and technology, China's arms transfers to Saudi Arabia have soared by nearly 400 percent between 2016-2020 compared to 2011-2015. In 2017, Saudi Arabia purchased the Chinese Wing Loong II drones, and the two countries signed a joint venture deal to design and construct drones in the kingdom. In addition, the Saudi Advanced Communications and Electronics Systems Co. signed an agreement with China Electronics Technology Group Corporation with the two companies announcing their partnership during Riyadh's March 2022 World Defense Show. Plans have also been announced for producing 300 Wing Loong unmanned aerial vehicles, thereby suggesting an increase in further drone use in the future.

Saudi officials are aware that, at this stage, China is neither willing nor capable of replacing the U.S. security role in the region. Because China does not convey strong deterrence signals to expand its security presence in the region, its self-defense capacity does not yet reach the threshold of becoming a critical external security partner. Compared to the U.S., China has no naval assets in the kingdom. Meanwhile, under the FMS system, the U.S. has $126.6 billion in active government-to-government sales cases with Saudi Arabia. In April 2022, the U.S. Navy stated it was establishing a new multinational task force that would ensure a force presence and deterrent posture in the Red Sea, Bab al-Mandab, and the Gulf of Aden in response to Houthi attacks on the kingdom.

Arms Deliveries to the Middle East

At the same time, given that the regional arms market is expected to be increasingly dynamic, the opportunities for China to grow its defense role in the region rebound to grow proportionally. Tied to the uncertainty about the U.S. future commitment to the kingdom, the above suggests that the kingdom sees itself as having no choice but to explore alternatives. Maintaining good relations with Washington remains a key foreign policy objective of Saudi Arabia. However, the kingdom has also begun to enter multiple political-security arrangements due to the volatile security environment in the Gulf and the Middle East.

In this context, China could emerge as a significant component in the broader security strategy. Beijing's readiness to sell relevant military technologies to customers in the region, including drone and ballistic missile systems, without domestic strings attached adds value to the option of China as an alternative supplier. China's Gulf strategy also denotes a poignant illustration of a regional policy shaped by  pressures and opportunities at the international level, notably as regional orders transition from a USled order to an undefined one.

President Biden's trip to Saudi Arabia has temporarily reduced some of the growing distance between the two countries on the defense level. On July 26, 2022, the Biden Administration approved two massive arms sales valued at over $5 billion in missile defense to Saudi Arabia and the UAE. "The proposed sale will improve the Kingdom of Saudi Arabia's capability to meet current and future threats by replenishing its dwindling stock of PATRIOT GEM-T missiles," the U.S. State Department said in its notice informing Congress of the sale. Politically, the U.S. President also stressed that the United States would not allow the creation of a "vacuum" in the region that could be filled by China and Russia. In an op-ed article published by The Washington Post on July 9, 2022, President Biden pointed out that his visit seeks to strengthen the strategic partnership with Saudi Arabia, "counter Russia's aggression," and put the U.S. "in the best possible position to outcompete China." China's Foreign Ministry spokesperson Wang Wenbin responded on July 15, 2022 stating that "the Middle East is a land of its people, not anyone's backyard. There is no so-called vacuum there."

Although Washington is exerting increased pressure on its allies globally to counter China on multiple fronts and prevail in the ongoing strategic competition, the kingdom is determined to balance its relations with both China and the United States amicably. Thus, a key consideration for Saudi foreign policy is to avoid being caught in the China-U.S. tussle. Strategic alignment with Beijing is partly a hedging strategy designed to avoid Western pressure while signaling to value-driven partners that a strategic alternative is robust and growing. Moreover, the polarization between Washington and China enables the kingdom to exercise and extract benefits from both sides without taking drastic steps regarding its position and cooperation with either side. That maintaining such options is critical was underlined by the recent criticism leveled against the kingdom by the U.S. government following the decision by OPEC+ to reduce oil output in their meeting on October 5, 2022. Not only did President Biden indicate that the move would have consequences, but leading Democratic Senators, including the Chair of the Foreign Relations Committee called for a sharp decrease, and even an end to military sales to Saudi Arabia. Unless managed better, it is therefore to be expected that the growing tension between Saudi Arabia and the U.S. will result in the kingdom strengthening its partnerships elsewhere.

Saudi Arabia as well as the other GCC states would do well to continue carefully managing China’s inherent economic value with the inevitable security presence of the U.S. Although Saudi Arabia seeks economic and diplomatic benefits from a more robust Chinese engagement in the Middle East, the kingdom understands that such long-term benefits must be balanced against the urgent need not to completely alienate the U.S. The degree to which U.S.-Saudi relations are fundamentally shifting remains to be seen. Given their current economic, political, and cultural interests, coupled with the extension of their geostrategic relationship with Asia, Saudi Arabia, and the Gulf countries are tilting more eastward. The weakening of the unipolar moment in the international system increases the margin of movement for the Gulf countries. It offers a more diverse set of alternatives to ease the pressures they are currently encountering. Much of the onus is on the U.S. to ensure its role remains relevant and that the tilt does not become an entire shift.