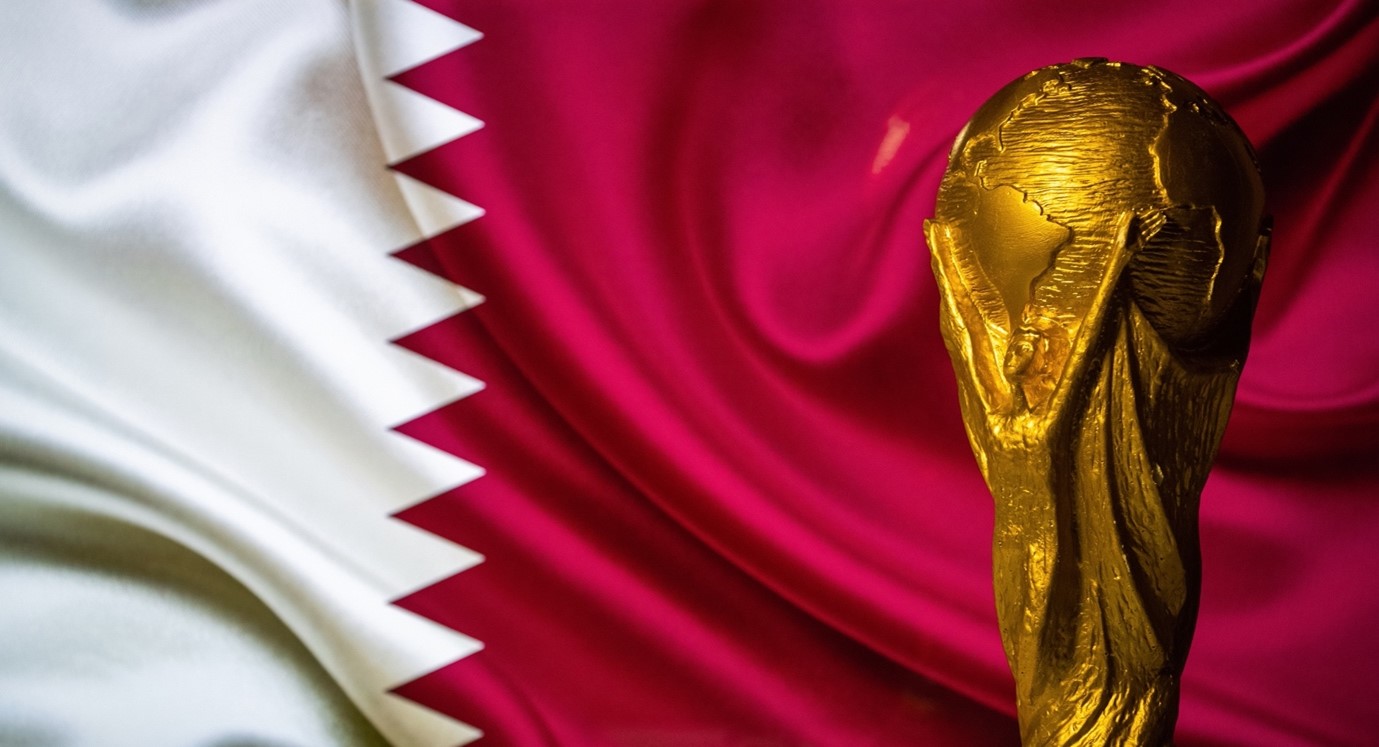 Qatar has effectively been using sports to bring about positive change at different levels domestically and regionally. Currently, Qatar is ranked among the top 20 countries worldwide in Sports Market Intelligence’s company Sportcal’s “Global Sports Impact (GSI) Nations Index.” Qatar uses sports to advertise itself and enhance its image at the international level. Indeed, the relationships between Qatar and the West are leaning more toward soft power strategies such as hosting global and regional mega-sporting events. In fact, sports have been one of Qatar's leading soft power tools and a primary means to diversify its oil-dependent economy.

On the economic side, Qatar has invested in different sports clubs by either buying or sponsoring teams. Both the Qatar Foundation and Qatar Airways have sponsored the Spanish football club Barcelona between 2006 and 2016. Qatar Sports Investments (QSI), a subsidiary of Qatar’s state-run sovereign-wealth fund Qatar Investment Authority (QIA), bought Paris Saint-Germain (PSG) in 2011. Since then the club’s value has increased significantly with Forbes ranking PSG as the seventh most valuable world football team in the world in 2022 at $3.2 billion.

Hosting the World Cup will impart some significant economic benefits to Qatar. According to World Bank reports: “the economy is expected to expand by 3% over the medium term, helped by continued investments related to hosting the football World Cup.” Moreover, IPA Qatar stated that since winning its bid to host the World Cup, the country’s gross domestic product (GDP) has grown with an average growth of 4.5% over 11 years between 2010 and 2020. Qatar itself estimates that approximately 1.5 million new jobs were created for the World Cup. Tourism has also increased from 1.5 million in 2009 to 2.9 million in 2016. The anticipated number of tourists is projected to reach 3.5 million in 2022 after the World Cup and 7.4 million by 2030. Furthermore, Qatar predicts over one million visitors for the World Cup, generating approximately $18.1 billion by 2025.

On the other hand, Qatar has incurred tremendous costs preparing for this event, including building new roads, public transportation systems, hotels, sports facilities, and stadiums. In total, Qatar is said to have spent around $220 billion, which is around twenty times the previous World Cup in Russia ($11.6 billion). Moreover, previous World Cups have cost less: Brazil 2014 ($15.0 billion), South Africa 2010 ($3.6 billion), Germany 2006 ($4.3 billion), Japan 2002 ($7.0 billion), France 1998 ($2.3 billion), and the United States 1994 ($0.5 billion). Part of the tremendous investments that Qatar made in hosting the World Cup includes building seven brand new stadiums for the tournament and renovating the Khalifa International Stadium. These stadiums and facilities, alongside corresponding team bases, amount to only $6.5 billion, which is comparable to previous World Cups.

However, hosting the World Cup was never focused on providing economic benefits for Qatar. Instead, the tournament, which will take place in the Middle East for the first time, is part of Qatar’s national development and modernization plan. Fatma Al Nuaimi, the Communications Executive Director for the Qatar World Cup, explained that “the World Cup is a part of the Qatar National Vision 2030, a broader government strategy promoting the intensive development of urban and national facilities and industry, in addition to education and healthcare systems.” Al Nuaimi went on to add that Qatar invested in new roads, a subway, an airport, hotels, and other tourist facilities.

Qatar’s hosting of the 2022 FIFA World Cup has not been without controversy, and not only for its costs. Since winning the bid, the Gulf country has faced increased scrutiny on numerous issues from international news outlets, including the situation of migrant labor in the country. For example, a report surfaced in February 2021, claiming that over 6,500 migrant workers have died since Qatar won its bid to host the World Cup a decade ago. However, the report failed to identify the reasons behind the deaths and was quickly dismissed by Qatar as “baseless.”

Nevertheless, Qatar has implemented many historic labor reforms to improve workers’ standard of living. For instance, Qatar introduced in March 2021 a non-discriminatory minimum wage of QAR 1,000 to all employees, regardless of nationality, in all industries, including domestic workers, in addition to QAR 500 per month for accommodation and QAR 300 per month for food. In May 2021, Qatar also implemented a platform for workers to facilitate employees submitting public labor law violations. Furthermore, Qatar improved the Wage Protection System, which mandates that companies send all payments through Qatari banks within seven days of their due date, which currently encompasses more than 96% of Qatar's workers. Qatar also implemented additional reforms such as relaxing travel restrictions on migrants and a health screening program run by the Supreme Committee for Delivery & Legacy (SC), which as of August 2022, provided health screenings for over 42,600 FIFA World Cup Qatar 2022 employees.

Moreover, Qatar has cooperated with international partners, such as the International Labour Organization (ILO), the International Trade Union Confederation (ITUC), and the International Organisation of Employers (IOE), to improve migrants’ standard of living. Qatar’s Minister of Labor, Dr. Ali bin Samikh Al Marri, stressed that the World Cup was a significant factor in catalyzing the State’s “sustainable approach towards developing and modernizing legislation and laws to improve the work environment, that come in alignment with Qatar Vision 2030.” Echoing the Minister’s statement, FIFA President Gianni Infantino stated that “progress would have been done anyway” even though the World Cup served as an opportunity for this positive change. The Minister also welcomed dialogue, constructive discussions, and suggestions from all labor organizations, emphasizing that these labor reforms are a long-term strategy that will continue after the end of the World Cup. These reforms were welcomed as positive steps, particularly from the ILO and ITUC. For instance, the ITUC reported that Qatar had made “outstanding strides” in improving migrant workers’ legal status. Moreover, FIFA President Infantino acknowledged Qatar’s significant transformations and critics’ double standards, stating that “it took us in Europe hundreds of years to arrive where we are now… in Qatar, it has been done in a few years so it’s clear that at the beginning we need some time to assess it.”

Another key topic has centered around logistics. As the smallest country ever to host the World Cup, many questioned how Qatar would be able to welcome over one million fans, equivalent to 37% of its population of 2.7 million. In response, Qatar has implemented different strategies to welcome the fans, including fan villages, rooms on luxury cruise ships, apartments, and villas, desert camping, as well as increasing flights from other neighboring GCC countries.

Qatar has not been shy in calling out unjustified criticism unsupported by facts. The CEO of Qatar 2022, Nasser Al Khater, stated that “a lot of the criticism has been unfair, not based on reality,” and that fair criticism was “taken on board,” as evidenced by the historic labor reforms. More generally, Qatar’s Amir, Sheikh Tamim bin Hamad Al Thani, addressed the issue of unfair criticism by the West surrounding the Gulf region. At the World Economic Forum in Davos in May, he stated that “for decades now, the Middle East has suffered, from discrimination. And I have found that such discrimination is largely based on people not knowing us, and in some cases, refusing to get to know us.” Instead of being open to understanding the region, most revert to destructive criticism, boycotts, and protests that only deepen misconceptions and rifts. As a result, these double standards undermine the commitment to assist in developing Qatar and other Gulf countries, as well as support the status quo that is opposed to change.

The World Cup is expected to increase Qatar’s influence regionally and internationally and further enhance its image. His Excellency Hassan Al-Thawadi, the Secretary-General of the Qatar Supreme Committee for Delivery and Legacy, stated that Qatar 2022 would be a “platform” that will open “up the gates of communication between east and west.” Qatar World Cup has also emerged as an opportunity to enhance ties with allies. For instance, Qatar is cooperating with Turkey to provide security during the World Cup. China has announced that it will send two giant pandas, “Suhail” and “Soraya,” to Qatar in October as a “gift presented by the 1.4 billion Chinese people for the Qatar World Cup” that “will surely become a new symbol of China-Qatar friendship.”

Closer to home, Qatar 2022 will also bolster unity and strengthen relations between Qatar and the rest of the GCC states, which was exemplified following the GCC Summit in January 2021. Ibrahim M. Jaidah, Group CEO and chief architect of the Arab Engineering Bureau and Ibrahim Jaidah Architects and Engineers, explained that “the Gulf countries — are coming together in a natural way for the event.” The rest of the GCC states, particularly Saudi Arabia, the United Arab Emirates, and Oman, are witnessing positive spill-over effects from the tournament. These neighboring countries are preparing for fan visits for more affordable accommodation. Doha has already established a shuttle service connecting to other regional cities such as Jeddah, Riyadh, Dubai, Muscat, and Kuwait City. This, in turn, will increase revenue for the GCC in terms of local airlines, hotels, hospitality venues, and travel agencies such as UAE-based Expat Sport and Saudi-based Travel-it. Additionally, Dubai Harbour in the United Arab Emirates will be among the six locations worldwide to hold FIFA fan festivals during the World Cup.

The World Cup 2022, therefore, presents an opportunity for Qatar politically, economically, and socially. It also presents an opportunity for the entire Middle East. The World Cup will increase the Gulf region’s awareness and attractiveness. As Secretary-General His Excellency Hassan Al-Thawadi stated at the United Nations in 2016, “the 2022 FIFA World Cup would not be Qatar’s World Cup but a World Cup for the entire Middle East.” One can only be excited to see the event take place.