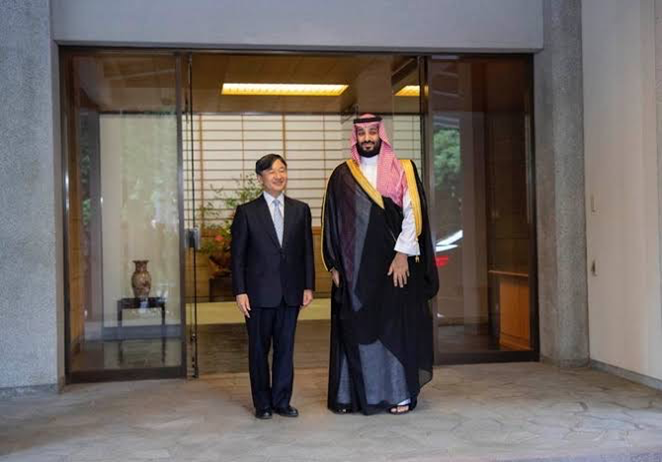 Much of the stability of Japan's national energy supplies depends on continuous oil trading between Japan and the Gulf States. According to the Ministry of Economy, Trade and Industry (METI) and the Agency for Natural Resources and Energy, supplies from Gulf Cooperation Council (GCC) member countries reached nearly 98% of total Japanese oil imports in July 2022, amounting to 79.17 million barrels. Arab crude oil imports are thus more important than ever in meeting Japan's energy needs. Moreover, the role of the GCC countries has been amplified further by Japan’s decision in July 2022 to stop importing Russian oil in response to the Russia-Ukraine Conflict.

Looking at Japan’s future energy policy, three core issues of importance stand out: maritime security and the protection of shipping lanes, the weakening positions of the U.S. in global energy and financial affairs, and Japan’s emerging ties with the GCC states in light of the Russian-Ukraine crisis.

The Malacca-Singapore Strait, a shallow and narrow strait about 1,000 kilometers long between the Malay Peninsula and Singapore Island in the north and Sumatra and other Indonesian islands in the south, is an important international maritime transportation link between Asia, the Middle East/Africa and Europe. 80% of the oil imports that Japan receives from the GCC states is transported through the Strait of Malacca.

The Malacca-Singapore Strait traffic is divided into two types of vessels: those passing through the strait as a corridor between the Bay of Bengal (Indian Ocean) and the East China Sea, and those traveling between the coastal states of Malaysia, Indonesia, Singapore, etc. The total number of vessels passing through the Strait increased from 94,000 per year to 141,000 by 2020, an increase of 50%. This means that nearly 400 vessels a day are now sailing through the strait. Concurrently, the risk of accidents and marine pollution has inevitably increased. This places an extremely heavy burden on the three coastal states of Indonesia, Malaysia, and Singapore to maintain the safety of navigation and the protection of the marine environment.

To prevent accidents in the Strait of Malacca, the privately owned Nippon Foundation of Japan has provided approximately ¥14 billion over the past 40 years in various support measures, including the installation of lighthouses, the maintenance of navigation signs, anti-piracy measures in the strait, and the development of human resources, including maritime educators and maritime security agencies. The Nippon Foundation, together with other Japanese private entities which have contributed to navigational safety and marine environmental protection in the Strait, believe that the responsibility of providing such protection should be the responsibility of all users of the Strait.

As such, Japan’s public and private entities continue to work on the establishment of a framework for cooperation among all parties involved, including the three coastal states, user states, shipping companies and private sector shippers, in order to enhance navigational assistance and to minimize possible risks in the Straits as part of its corporate and social responsibility (CSR).