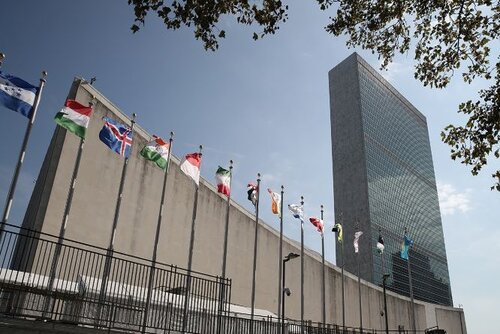 As the United Nations looks toward its next seventy-five years, geographical inclusivity in Security Council membership is essential. Such a change would make it a more effective and democratic body, thus enhancing the legitimacy of its decisions. Western powers, for example, are overrepresented in the five permanent members. Entire regions lack a permanent seat but nevertheless are bound to Security Council resolutions.

Reform discussions should also consider allowing for regional bloc representation. This would bring greater consensus to Security Council decisions and enhance its legitimacy, given the wider geographical representation among members. Allowing for regional blocs in addition to or instead of new individual state members is also a way to enhance representation without introducing the dilemma of member states needing to agree on which particular states should accede, or requiring significant Security Council enlargement.

Similar reforms have been proposed in recent decades, including the possibility of regional blocs nominating members, a weighted vote system, or changes to the veto structure. Most important, discussions on Security Council reform should remain high on the UN agenda and not pushed to the sidelines because of geopolitics or difficulties in reaching member agreement on what form Security Council expansion should take. Security Council resolutions continue to affect the very countries and regions left out of the decision-making process. Continued legitimacy of the Security Council therefore depends on some type of inclusive reform.

Dr. Abdulaziz Sager is the Chairman of the Gulf Research Center