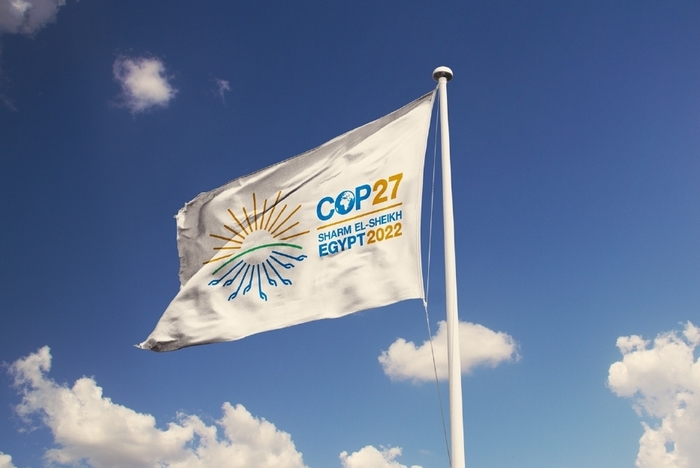 The 27th United Nations Climate Change Conference (COP27) concluded on Sunday morning in Sharm el-Sheikh, Egypt. The annual climate talks brought together more than 40,000 participants to share ideas, solutions, and build partnerships and coalitions. Governments, indigenous peoples and their local communities, the scientific community, non-governmental organizations, youth and children etc. showcased how they are addressing climate change and shared how it impacts their lives. After two weeks of negotiations, COP27 adopted the Sharm el-Sheikh Implementation Plan "SHIP" as the main decision that is supposed to guide and pave the way for implementation. The 'Plan' has been scrutinized as both advancing some climate efforts from previous COPs, such as for loss and damage, while falling short in other areas such as fossil fuels and mitigation ambitions. Below are some of the key takeaways from the COP27.

The increasingly severe impacts of the climate crisis have caught the attention of governments and people around the world. This year, countries from Pakistan and the UK to Nigeria have experienced unprecedented flooding and severe heat waves. In addition, the impacts of climate change exacerbate the global energy and food crises, and vice versa, particularly in developing countries.

As a result, after a two-week marathon of negotiations and despite the difficulties and challenges of our times, the deviation of views and conflicting interests, countries managed to agree on a hard-fought deal to create a fund to help impoverished countries suffering climate related disasters.

Creating a specific fund for “Loss and Damage” marks a significant point of progress, with the issue added to the official agenda and adopted for the first time at COP27.

Developing countries have been seeking financial assistance for loss and damage to rescue and rebuild the physical and social infrastructure of countries devastated by extreme weather events for nearly three decades. Finally achieving such an agreement is a major milestone.

But as is said: “The devil is in the details.” Setting up the fund will be a laborious task. There is not yet an agreement on how the financing will be provided, who will oversee the fund, how the money will be dispersed, or who exactly will benefit from it.

Further, there is still no agreement on what should be classified as "loss or damage" from climate change - which could include damaged infrastructure and property, as well as invaluable things such as natural ecosystems or cultural assets.

According to the agreement, the fund would initially draw on contributions from developed countries and other private and public sources such as international financial institutions. Major emerging economies such as China (the second largest economy in the world) would not initially be required to contribute. This option remains on the table and will be negotiated over the coming years. It is a key demand by the European Union and the United States, who argue that China and other large polluters currently classified as developing countries have the financial clout and thus responsibility, to pay their dues.

Governments also agreed to establish a ‘transitional committee’ to make recommendations on how to operationalize both the new funding arrangements and the fund at COP28 next year. The first meeting of the transitional committee is expected to take place before the end of March 2023. Nevertheless, it is likely that it will be several years before the fund exists.

Parties also agreed on the institutional arrangements to operationalize the Santiago Network for Loss and Damage, to catalyze technical assistance to developing countries that are particularly vulnerable to the adverse effects of climate change.

Another initiative launched at COP27 is a G7-led plan called the Global Shield Financing Facility, which was launched to provide post-damage funding to the most vulnerable countries that are suffering climate disasters.

The Loss and Damage fund was widely lauded as a triumph for responding to the devastating impact that global warming is already having on vulnerable countries. But at the same time, many countries felt pressured to give up on tougher commitments for limiting global warming to 1.5 degrees Celsius in order for the landmark deal on the loss and damage fund to go through.

Thus, COP27’s outcome can be viewed as a failure in terms of emission reductions and pushing mitigation further, with some countries even trying to roll back commitments made in the Glasgow Climate Pact. This was evident as the outcome document does not include any text on emissions peaking before 2025 as science tells us is necessary.

Average global temperatures have already risen more than 1.2°C since preindustrial times. According to the UN’s Intergovernmental Panel on Climate Change (IPCC), implementation of current pledges by national governments put the world on track for a 2.5°C warmer world by the end of the century. The IPCC indicates that greenhouse gas emissions must decline 45% by 2030 to limit global warming to 1.5°C. So at Cop26 in Glasgow last year, countries agreed to focus on a 1.5°C limit.

As their commitments on cutting greenhouse gas emissions were too weak to stay within the 1.5°C limit, they also agreed to return each year to strengthen them, a process known as the ratchet. At Cop27, some countries tried to renege on the 1.5°C goal and eliminate the ratchet. While they failed, a resolution to cause emissions to peak by 2025 was taken out which was a great disappointment at COP27.

Progress on cutting emissions and moving away from fossil fuels was proving hard to win. Last year in Glasgow, a commitment to phase down the use of coal was agreed upon. It marked the first time a resolution on fossil fuels had been included in the final text.

With regard to fossil fuels, the text of the COP27 deal largely repeats wording from Glasgow, calling on parties to accelerate "efforts towards the phasedown of unabated coal power and phase-out of inefficient fossil fuel subsidies."

At Cop27, some countries – led by India – wanted to go further and include a commitment to phase down all fossil fuels. That was the subject of intense wrangling late into Saturday night. In the end, they failed, and the final resolution was the same as that in Glasgow.

The final text of COP27 contained a provision to boost “low-emissions energy.” That could mean many things, from wind and solar farms to nuclear reactors, and coal-fired power stations fitted with carbon capture and storage. It could also be interpreted to mean gas, which has lower emissions than coal, but is still a major fossil fuel. Many countries at Cop27, particularly those from Africa with large reserves to exploit, came to Sharm el-Sheikh hoping to strike lucrative gas deals.

It is worth mentioning that, since COP26, only about 30 countries have strengthened their national plans to cut fossil fuel emissions.

The developed world still has not kept its 2009 pledge to raise $100 billion a year in other climate aid — designed to help impoverished nations develop green energy and adapt to future warming, which sparked serious concern at COP27.

Finally, COP27 saw significant progress on adaptation. Government stakeholders came to a consensus on the best way to move forward with the Global Goal on Adaptation, which will conclude at COP28. Progress made by that time will inform the first Global Stocktake, in hopes that there will be an improvement in resilience among the most vulnerable nations. New pledges, totaling more than USD 230 million, were made to the Adaptation Fund at COP27. These pledges will help many more vulnerable communities adapt to climate change through concrete adaptation solutions.