Strength in Numbers: International Reactions to Criticisms of the Qatar World Cup 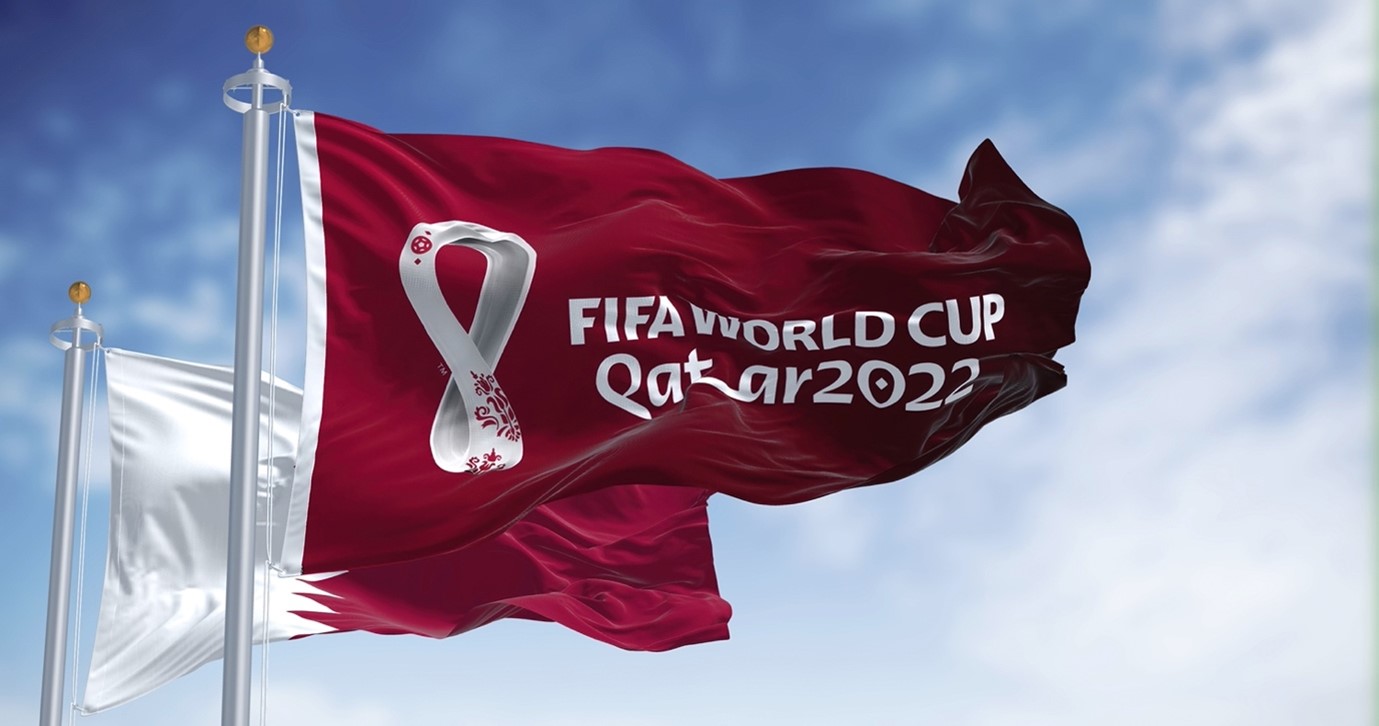 Qatar has been at the forefront of media in recent months over the hosting of the 2022 FIFA World Cup. The first Arab country to host a World Cup has been criticized for numerous topics, ranging from migrant workers to accommodations. However, even though the country has been the subject of international criticism since it won the bid back in 2010, Qatar is not alone in fighting these criticisms. There have been numerous reactions worldwide, such as from the rest of the GCC states, France, and Switzerland. Therefore, it is essential to think about the holding of the 2022 World Cup from a holistic standpoint, bringing together numerous components that can foster development and unification in the region and beyond.

Qatar’s hosting of the 2022 FIFA World Cup has not been without controversy, but the international community has not been shy in calling what is considered to be unjustified criticism.  The Arab world, particularly the GCC states, have here been in the forefront. H.R.H.  Crown Prince and Prime Minister Mohammed bin Salman of Saudi Arabia directed all of the kingdom’s governmental institutions and ministries to provide Qatar with any additional assistance or facilitations in support of the country’s hosting of the World Cup. Kuwait’s cabinet released a statement praising Qatar, affirming “the State of Kuwait expresses its support for the sisterly State of Qatar in its hosting of this great international sports gathering. It also places all its capabilities to make this global event a success.” During Qatar’s match against Ecuador, the Crown Prince donned the Qatar flag, while Qatar’s Emir carried the Saudi flag during the kingdom’s match against Argentina. UAE President Sheikh Mohammed bin Zayed also visited Qatar while the World Cup was going on and met with the Emir Sheikh Tamim bin Hamad Al Thani, congratulating him on hosting the event. The meeting was said to be “another step towards strengthening Gulf solidarity and joint action.”

Saudi Arabia’s win over Argentina was yet another event that united the Arab world. In the host country, Qatar’s skyscrapers were lit in green to celebrate the Kingdom’s victory, whereas fans within the nation donned the Saudi flag. In the UAE, Burj Khalifa, the world’s tallest building, was illuminated with the image of the Saudi flag in celebration. In his opinion piece on CNN, Shaikh Meshal bin Hamad Al Thani, Qatar’s Ambassador to the United States, wrote:

Qatar is deeply honored to bring a global event of this caliber to the Arab world for the first time – an opportunity for our region that is long overdue. It is also a great chance to alleviate misconceptions and prejudice not only against Qatar but about Arab and Muslim culture as a whole. Qatar has always believed in the power of sport to drive positive change, bring people together, and build bridges of respect and cultural understanding. We know this tournament can help change misconceptions, and we want fans to travel home with a better understanding of our country, culture and region… Sport is meant to remind us of our similarities and bring people together, rather than highlight our differences and drive the world further apart… Our aim in Qatar is for this tournament to show that people of different nationalities, religions and backgrounds in fact have more in common than they think.

Overall, the World Cup was thus an important event that helped to consolidate and demonstrate Gulf solidarity and unity.

On the international level, reactions have been more mixed. France’s President Macron expressed his support for Qatar and praised the country’s development on Twitter, stating, “this football World Cup, the first organized in the Arab world, bears witness to the concrete changes that are at work. Qatar has embarked on this path and must continue. It can count on our support.” Denmark, which has been at the forefront of a campaign that criticized Qatar for hosting the World Cup, admitted that Qatar has undergone “many improvements,” including enhancing living circumstances for migrant workers there. Specifically, after months of scrutinizing Qatar’s hosting of the World Cup, the Danish Football Federation’s (DBU) CEO, Jakob Jensen, stated that “I think one has to be honest that there’s been quite many improvements within Qatar legislation, and Amnesty International also reported that thousands of migrant workers actually have improved their conditions.”

Players also expressed their respect for Qatar and its laws on the field. For example, Granit Xhaka, the captain of the Switzerland team, criticized Germany protesting FIFA’s ban on the OneLove armband stating that his team would not follow suit: “we need to respect the rules and concentrate on our football, that’s all I intend to do… We’re here to play football and not hand out lessons to anyone.” Similarly, Hugo Lloris, the captain of France’s team, announced that he would not wear the armband during the World Cup games to “show respect” for Qatar’s laws and regulations. “When we are in France, when we welcome foreigners, we often want them to follow our rules, to respect our culture, and I will do the same when I go to Qatar, quite simply… I can agree or disagree with their ideas, but I have to show respect,” Lloris said.

At the final award ceremony, Lionel Messi receiving the traditional Arab cloak (Bisht) by the Emir of Qatar. The Bisht, worn only on special occasions and by senior figures, was a gift to symbolize Messi’s immense success, respect, and prestige. Yet, western media opted for comments that many considered racist such as “the bizarre act that ruined the greatest moment in World Cup history” by The Telegraph, “absolutely grim” by Fox Sports, and “disgraceful” by Yahoo Sports. Such commentaries reflect much of the same tinged-racism that could be seen throughout the entire World Cup. From the German media comparing Moroccan players to ISIS for simply celebrating their victory by raising their index fingers (a typical gesture of praising God for billions of Muslims) to the Danish media comparing Moroccan players to monkeys for simply hugging their mothers, Western media produced many instances that is seen as unjustified by those on the ground or attending the event.

Gianni Infantino, the president of FIFA, had criticized nations for their “hypocrisy” and “racism” regarding the World Cup in Qatar in a one-hour press conference prior to the event. Infantino defended Qatar’s treatment of migrant workers and instead claimed that Europe should be “apologizing for the next 3,000 years” for past mistakes. In his speech, he explained that “hundreds of thousands of migrant workers, they help their families to survive. And they do it in a legal way. We in Europe, we close our borders, and we don’t allow practically any workers from these countries to work legally in our country. We all know there are many illegal workers in our European countries, living conditions which are also not really the best.”

He further stated that “If you go two steps back and you look at this issue of migration and their situation of hundreds of thousands of women and men who would like to offer their services, who would like to help and give a future to their families back home, Qatar is actually offering them this opportunity” and urged other countries to follow Qatar’s footsteps and to “create some legal channels where at least a number of these workers could come to Europe, lower revenues, but give them some work, give them some future, give them some hope.” Infantino was also quick to point out the double-standards against Qatar in terms of the alcohol ban within the stadiums. He stated that “if for three hours a day you cannot drink a beer, you will survive, especially because actually the same rules apply in France or Spain or in Portugal, or in Scotland. No beer is allowed in the stadiums… Here it becomes a big thing because it is a Muslim country. I don’t know why.”

Despite criticisms and campaigns to boycott the World Cup, preliminary data of the 2022 World Cup show the tournament’s success. An average of 3.3 million people watched starting with the opening match between Qatar and Ecuador, with a peak audience of 3.6 million. Qatar’s inaugural match witnessed a 109% increase in viewers compared to the highest numbers in the previous two World Cups. Most recently, the Qatar World Cup broke the FIFA revenue record, reaching $7.5 billion in the four years of commercial deals tied to the 2022 World Cup in Qatar. This record is $1 billion more than the previous 2018 World Cup in Russia, with marketing sales for the 2019–2022 cycle exceeding the $1.8 billion anticipated amount.

Qatar has proved how its hosting of the World Cup defies criticisms and double standards. At the same time, as His Excellency Hassan Al Thawadi, the Secretary General of the Supreme Committee for Delivery and Legacy (SC), stated, “the FIFA World Cup in 2022 is an opportunity first and foremost for the Arab World and the Middle East to showcase its true, peaceful nature to the rest of the world. It is an opportunity for the region to be in the headlines for reasons other than conflict. It is an opportunity for people to travel to the region and delve beyond the stereotypes that have been perpetrated for decades and centuries.” Thus, it is critical to view the hosting of the 2022 World Cup from a comprehensive perspective, bringing together various elements that can promote growth and unification in the region and beyond. Overall, Qatar hosting the world cup has been monumental, for it is only befitting that the most important global sporting event should bring to light an often-unseen part of the world.