The Economic Developments of the Arab – China Summit 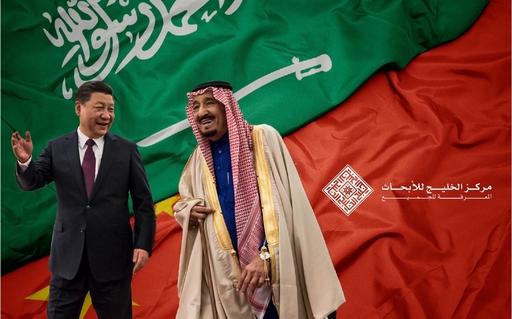 After a volatile year in 2022, many countries have begun safeguarding or restructuring their economic and energy policies. For Saudi Arabia, this has also meant continuing to build on their relationship with China. President Xi Jinping was invited to the Kingdom for a three-day China-Arab Summit, in light of a pending global recession and a “tsunami” of discounted Russian and Iranian oil headed towards China. So far, Sino-Saudi relations have proven resilient and strategically aligned. This is primarily due to three reasons: First, China has a strategically diversified energy portfolio to avoid quagmires like the ones the EU has recently found itself in. The more suppliers it has the better. Second, the cheaper oil from Iran and Russia is only as appealing as it is reliable, which is questionable. Third, Sino-Saudi relations include more than just energy relations. In summary, the Kingdom aligned its national vision (Vision 2030) with China’s own national vision, the Belt and Road Initiative (BRI), by signing an agreement for harmonization, whereby both countries’ visions can work in synergy to support and strengthen Sino-Saudi relations. The summit also resulted in 34 investment agreements between China and GCC countries, worth roughly $30 billion, spanning everything from green energy to medical industries.

The China-GCC summit covered many sectors, but energy remains the crux around which everything is built. President Xi Jinping affirmed that China would continue importing large quantities of crude oil from the GCC. This was complemented with assurances to expand into importing liquefied natural gas and cooperating in upstream oil and gas development. President Xi Jinping further suggested utilizing the “Shanghai Petroleum and National Gas Exchange as a platform to carry out yuan settlement of oil and gas trade”. This excerpt is the subject of much discussion and comes after China has already begun importing Russian oil, using the Chinese currency as the price mechanism.

While some pundits expected this summit to move the Kingdom into the direction whereby Saudi Arabia would begin supplying oil to China for yuan, this did not materialize. In view of the sanctions and the SWIFT ban imposed on Russia, China is looking to safeguard its oil purchases by bypassing the dollar. The advantage for Saudi Arabia in this exchange is mostly one of convenience. Rather than selling oil in USD to later purchase in yuan, Saudi Arabia would consolidate its trade partnership in yuan which has historically been more stable than the USD. Yet, the notion that such a policy would debase the US dollar as the global currency is exaggerated. Up to October 2022, Saudi Arabia had supplied China with approximately $55.5 billion worth of crude oil. Relative to the daily turnover of $6.6 trillion on forex markets, it's negligible. The reality is that both the Saudi and Chinese economies rely on the fact that their currencies are pegged, or roughly pegged, to the US dollar. Any prospects of competing with the US dollar are thus only in  the distant future and may always remain so. Nevertheless, the danger of pursuing such a policy is that of setting a political precedent. With some countries finding it more convenient to trade oil in certain currencies than others, the mere suggestion of such a move by more established powers such as Saudi Arabia, could put significant depreciation pressure on the US dollar and cause a capital flight reaction. As a result, this space bears watching.

On the greener side of energy, China signed a MoU to establish a hydrogen cracking facility in Saudi Arabia, which is a significant step towards Saudi Arabia’s green energy ambitions.  Saudi utility developer ACWA Power, which is partly owned by the Saudi Public Investment Fund, “signed nine MoUs with Chinese entities” to facilitate the investment, construction and financing of ACWA's green energy projects in Saudi Arabia, and BRI countries, highlighting just how comprehensive the strategic partnership is becoming. Saudi Arabia is emerging as a vital proponent and financier for multiple energy projects in BRI countries like Uzbekistan, Azerbaijan, Turkey and Jordan, and is therefore emerging as a key player in China’s “multipolar world”. Saudi Arabia has been the single largest recipient of Chinese investments under the BRI, with over $5 billion in investments in sectors ranging from energy to digital infrastructure. Moreover, “as of 2021, the stock of China-Arab two-way direct investment reached $27 billion, with an increase of 2.6 times compared to a decade ago.” Earlier this year ARAMCO finalized its largest ever investment to “build a $10 billion refinery and petrochemical complex in northeast China.”

In synergy with its efforts of transitioning away from fossil fuels, Saudi Arabia is looking to make its first complex domestic manufacturing industry in electric vehicles. In November of this year, Crown Prince Mohammed bin Salman announced Saudi Arabia’s first electric vehicle, Ceer. During the summit, Saudi based Sumou holding company inked a MoU to establish an electric vehicle factory in Saudi Arabia with an annual capacity of 100,000 cars with the China-based ENOVATE Motors. It is unclear whether this MoU was to manufacture Ceer vehicles specifically, but it's hard to picture it otherwise. Ceer was launched in partnership with Foxconn and plans on using components from BMW. Saudi Arabia’s economy is primarily based on crude oil exports and so the attempt to incubate a local manufacturing sector is much needed. In addition to creating a sustainable national automotive company, Ceers’ goal is to “generate a new source of valuable jobs for Saudi Arabian talent”. The message here is that the value added by the company should be captured by Saudi nationals as opposed to expatriate workers which has often been the case in the past. It should be noted that Saudi Arabia also announced plans to construct a production factory that will have an estimated productive capacity of 155,000 Lucid electric vehicles per year. Lucid is an American company that has recently sold just over %61 of its shares to the Saudi Arabian Public Investment Fund.

For relations to really become strategic, ties cannot be limited to the economic side and although China is nowhere near being a security guarantor for Saudi Arabia, there is still valid competition between them and the US. Earlier this year, the US agreed to collaborate with Saudi Arabia on expanding 5G technologies in the Kingdom. Despite that and US concerns over the perceived security risks Huawei carries, Saudi Arabia signed a MoU with Huawei “for cloud data computing and building high-tech complexes in Saudi cities” (Reuters, 2022). China’s 5G technology has so far trumped US capabilities, which is why many have speculated that the US’s alleged security concerns are a political front to exclude the Chinese tech giant from certain markets. The Kingdom has therefore pitted the already bitter rivals in its local telecommunications industry. The US government might not be involved in Lucids’ operations, but it certainly relies on US expertise. The same is therefore true in the automotive industry, where Saudi Arabia has chosen to simultaneously incubate Ceer and Lucid which exemplify Chinese and American ingenuity respectively.

Overall, the Saudi-China as well as the GCC-China summit should be registered as a success for all involved. For the Kingdom, it seems the meeting has bolstered its position as China’s primary source of crude oil considering the abundant cheaper alternatives. Whether Saudi Arabia will oblige China’s suggestion to settle crude oil exchanges in yuan and further improve mutual terms of trade remains to be seen, but the issue certainly remains on the table. Moreover, Saudi Arabia managed to break new ground and further extend collaboration in multiple industrial sectors like electric vehicle manufacturing and green hydrogen with Ceer as well as American car company Lucid, who’s largest shareholder is the PIF, set to open a manufacturing facility in King Abdullah Economic City in the near future. China’s business first approach is clearly easier to work with compared to the US’s moral lecturing, which might prove to be a crucial aspect in Saudi Arabia opting for Huawei technology. It is safe to say that China will remain Saudi Arabia’s favored trade partner as more effort is being put into harmonizing Vision 2030 and the BRI.

*Abdullah Almutabagani is a Researcher at the Gulf Research Center