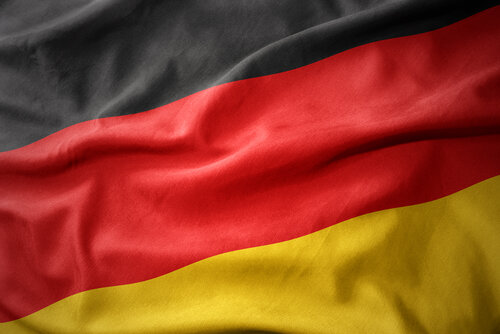 On June 8, 2018, Germany was elected as a member of the United Nations Security Council for the 2019-2020 period. During this two-year term, Germany also held the Presidency of the Security Council twice, first in April 2019 and again in July 2020. Overall, both terms were dominated by the big themes that the institution is supposed to deal with ranging from peace and security to development and human rights. At the same time, the deep division among the members of the Security Council that were also visible once again highlighted the need for a reform of the institution if it wants to remain viable.

In 2019, the issues of humanitarian development and women, peace and security were put forward as the core themes for the Germany Council presidency. Interestingly, France and Germany decided to link their presidencies, a novum in the history of the Security Council. The idea behind this move was to allow for a common European agenda to be put forward in addition to being able to inject some more continuity, by treating issues over the longer two-month period. A key milestone from this period was the passing on Resolution 2467 to combat sexual violence in conflict, which up to that point had not received sufficient attention in the Council.

During the more recent July 2020 presidency, the German agenda shifted somewhat to tackle issues of conflict resolution and conflict prevention. This meant that in addition to the ongoing crises in Syria, Yemen and Libya, Germany also put forward a number of other priorities including global health as well as climate and security. Throughout both sessions, human rights also featured prominently on the calendar.

Due to the COVID-19 pandemic, the second German presidency took place under much different circumstances given that business as usual inside the Council was simply not possible. While Germany did not have to face the same situation as China did in March 2020 when the outbreak of the pandemic brought the Security Council to a virtual standstill, it was not until July that almost all regular Council formats could once again be handled through open videoconferencing. Also in July, the first person-to-person meetings in the Council took place, suggesting that some form of normalcy was returning.

In that context, it was also one of the first successes of the German presidency when the Council passed Resolution 2532, calling for a cease-fire for current conflicts in order to allow the international community to concentrate all of its efforts on combatting the COVID-19 pandemic. Given that this resolution has been in the works for some time without finding the necessary support, the fact that the resolution passed underlined the effective work done behind the scenes prior to Germany having taken over the presidency.

It quickly became obvious, however, that such a momentum would not last, and the Security Council found itself bogged down in trying to ensure the re-authorization of its resolution on Syrian cross-border humanitarian and delivery mechanisms. While four draft resolutions failed to win the required support, it was only with a few hours to spare that the previous resolution was set to expire that a compromise text was agreed on, which in turn only allowed for necessary humanitarian assistance to be delivered through one border crossing. The fact that the process took a lot more attention than originally anticipated, it subsequently shrank the amount of attention paid to other relevant issues.

With regard to issues related to the Middle East and the Gulf region, Syria, Libya and Yemen stood at the forefront. Much to the relief of the German presidency, the potential annexation of Palestinian territory by the Israeli government led by Prime Minister Netanyahu did not have to be dealt with during the month, as internal domestic politics inside Israel prevented the government from moving ahead with its plans. Furthermore, the subsequent normalization agreements between Israel and two GCC states, Bahrain and the United Arab Emirates, took the annexation threat off the immediate agenda. Had this issue exploded onto the Council agenda, the acrimonious debate that would have followed would have relegated all other issues into the background.

While Germany can feel relieved that the issue of Syrian relief access managed to be passed, the progress on Libya and Yemen were less satisfactory. The conflict in Libya played and continues to play an important role in the German agenda, and since the Berlin Libya Conference in January 2020, Germany has been eager to advocate and work towards a political solution. In July, the acting Special Representative and Head of the UN Support Mission for Libya Stephanie Williams did provide a briefing to the Council on the current situation. The announcement of a cease-fire in Libya between rival parties only came about in August and thus did not fall under the German term. Germany continued to be involved as Berlin currently holds the presidency of the European Union until the end of the year. The need to have a new UN special representative for Libya appointed did not find the necessary support.

On Yemen, the mandate of the UN Mission to support the Hodeidah agreement was renewed, and the UN Panel of Experts on Yemen submitted their report at the end of July on the effectiveness of the Yemen sanctions resolution 2140. However, as this came near the end of the month, there was little opportunity for Germany to act upon the recommendations put forward in the report. With Saudi Arabia and to a lesser degree the United Arab Emirates subject to intense criticism within the Council related to the human rights situation in Yemen as well as on civilian casualties as a result of coalition military strikes, the fact that no additional debate took place allowed for some breathing room in this regard.

What can one take away as a result of the Germany presidency overall? For one, Germany does put forward a comprehensive agenda when it come to the issues of peace and security that stand at the core of the work of the UN Security Council. In addition, Germany has underlined the need to look at the security term itself in a much broader context and not just limit debate to current ongoing conflicts. The COVID-19 pandemic has highlighted the close interconnection behind health and security while the issue of climate change has underscored the tremendous threat that exists from unmitigated environmental degradation. On these fronts, Germany has initiated important debates that address conflict prevention and not just conflict resolution. Moreover, Germany has put these issues forward in a European context to highlight that a common European position on many of the critical themes exists. This work has also continued under the current German Presidency of the EU.

It cannot be denied, however, that the UN Security Council is marked by deep divisions with those divisions once again coming to the forefront recently. Almost none of the resolutions put forward under the German presidency passed by a unanimous vote and the difficulty in securing humanitarian assistance corridors for Syria underscored the current obstacle to reaching any substantive decisions. Even the increased opposition of the United States on items such as climate change or aspects on the women and peace agenda have made it next to impossible to agree even on common agendas. In this context, very little was also accomplished in terms of the much-needed reform of the UN as an institution. Two-thirds of the German population still have a positive view of the United Nations according to a recent policy brief carried out by the Bertelsmann Foundation. But the optimism in terms of tangible impact by the UN has started to wane. This is an increased problem that Germany, the EU and the GCC together should try to address, given their common commitment to better and more effective multilateralism.

* Dr. Christian Koch is a Senior Advisor at the Bussola Instiute