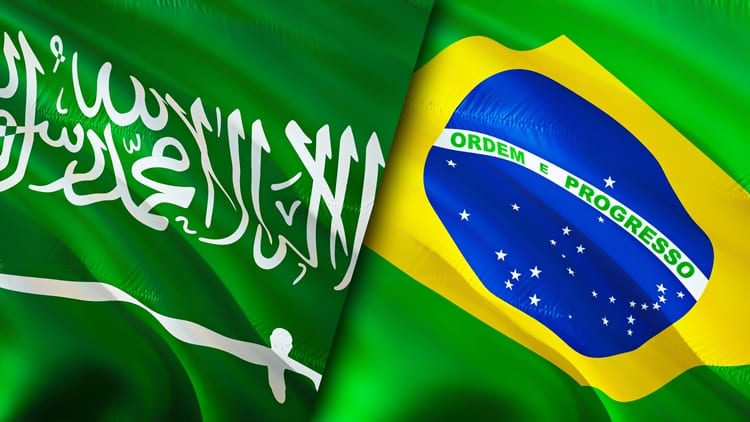 On October 2, 2022, Brazil held the first round of its general elections, in which no candidate received more than half of the valid votes. As a result, a second round was held on October 30, 2022, where former president Luiz Inacio Lula da Silva was declared Brazil’s new president with a 50.90% majority, following a run-off election against incumbent Jair Bolsonaro. This resulted in President Lula da Silva becoming the first democratically elected president to secure a third term, with the official inauguration held on January 1, 2023. President Lula’s third term is expected to forge closer Saudi-Brazil ties, particularly regarding political coordination and economic cooperation.

In his first two terms (from 2003 to 2010), President Lula had already proven successful in strengthening relations with the Gulf region, particularly Saudi Arabia. According to Dr. Abdel Aziz Aluwaisheg, the GCC Assistant Secretary-General for Political Affairs and Negotiation, President Lula “managed to assert Brazil’s leadership in South America and globally, including in the Gulf and the wider Arab world. His economic, political, and diplomatic successes were unprecedented in Brazil’s history.” One key aspect regarding President Lula’s successful diplomatic relations with the Gulf, as well as the Arab World, is the Arab-South American Summit (ASPA), which he convened in May 2005 in Brasilia, Brazil. The ASPA aims to foster a regional dialogue between the member states to promote multiculturalism and consolidate cooperation. Since then, the second summit was held in Qatar in 2009, the third in Peru in 2012, and the most recent one in Saudi Arabia in 2015. Here, potential areas of action include political coordination (such as support for multilateralism and international law, nuclear non-proliferation and disarmament, and negotiations at the creation of a Palestinian state) as well as cooperation organized through five Sectorial Committees of Cooperation for Economics, Science and Technology, Environmental, Social and Cultural Affairs.

After the first ASPA Summit, the GCC states (Bahrain, Kuwait, Oman, Qatar, Saudi Arabia, and the United Arab Emirates) and the Southern Common Market (Mercosur) states (Argentina, Brazil, Paraguay, and Uruguay) signed a Framework Agreement on Economic Cooperation between the two organizations on May 10, 2005. Trade between the GCC states and Brazil has increased by approximately four-fold by the end of President Lula’s second term. Currently, GCC countries and Brazil enjoy a complementary but limited trade relationship as the agreement has yet to materialize. However, the MERCOSUR-GCC free trade agreement may finally materialize under President Lula’s third term as he looks to strengthen Brazil’s sovereign economic system capacities in terms of international trade, foreign investment, and domestic development.

Alternatively, President Lula, who was one of the principal founders of the BRICS Alliance (consisting of Brazil, Russia, India, China, and South Africa), may also influence the approval of Saudi Arabia’s membership application at the 2023 Summit, chaired by South Africa. Currently, the member states collectively represent about 42 percent of the global population, 27 percent of the global GDP, and 26 percent of the world’s geographic area. The addition of the Kingdom would “make BRICS arguably the world’s most powerful economic and trade alliance, surpassing the G7.” The BRICS alliance would then include China and India (the world’s second and third largest economies, respectively), Brazil (South America’s biggest economy), South Africa (Africa’s biggest economy), as well as Saudi Arabia and Russia (the world’s second and third biggest oil producers, respectively). Table 1 below shows the GDP comparisons of Saudi Arabia and the BRICS member states.

This move would come in the context of Washington’s changing role in the Gulf region. Due to the shifts in relations with the United States, the Kingdom’s trade relations with the East, particularly Russia, China, and India, have increased significantly. Joining BRICS would undoubtedly strengthen Saudi Arabia’s economic relations with BRICS countries, especially Brazil, in the trade, investment, and finance sectors. Moreover, it is expected that “the addition of Saudi Arabia to this already-powerful alliance would have profound geo-political ramifications in the global energy picture, which could even include an end of the era of the so-called ‘petro-dollar,’ the long-term situation in which the U.S. dollar has served as the global currency for trades in oil and natural gas.” Tables 2 and 3 below show Saudi Arabia’s trade statistics with its major trading partners as well as the BRICS member countries in 2021.

President Lula is also expected to have a more substantial role in international issues. At the 2022 United Nations Climate Change Conference (COP27) in Sharm El-Sheikh, Egypt, President Lula pledged “to help construct a global order that is peaceful and based in dialogue, multilateralism, and multipolarity.” One key aspect here is mediating between Palestine and Israel. President Lula previously took a number of actions in support of Palestine, including increasing diplomatic ties between the two nations and allocating a block of land close to the Brazilian presidential palace for the Palestinian embassy. In 2010, President Lula visited the West Bank and stated his desire to see “an independent and free Palestine.” He then recognized Palestine as an independent state, with the majority of the South American countries following suit. Over a decade later, President Lula continues to call for supporting Palestinians’ right to establish a state. In January 2022, President Lula stated that “the UN should be restructured so that progress can be made regarding major issues such as the creation of a Palestinian state.” Thus, President Lula’s approach to the Palestine-Israel conflict serves as another prospect for strengthening Saudi-Brazil relations.

Already, Brazil’s ties with the region are improving. For instance, on behalf of the Custodian of the Two Holy Mosques, King Salman, Prince Faisal bin Farhan, the Kingdom’s Foreign Minister, attended President Lula’s inauguration and swearing-in ceremony on January 1, 2023. This move represents an encouraging start to strengthening Saudi-Brazil relations, which is expected to enhance during President Lula’s presidency. In sum, President Lula’s election is expected to “return Brazil’s relations with the Gulf and the wider Arab world to their golden age.”