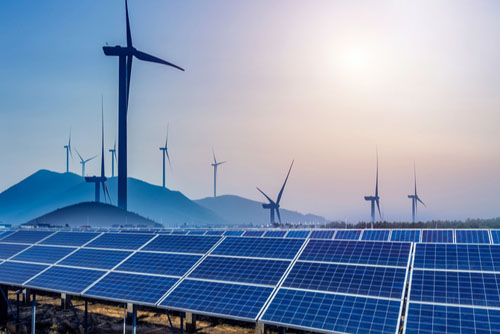 On September 28, 2020, the Gulf Research Center invited a group of nine renowned energy experts from seven different countries to participate in a webinar with the goal of answering the question “Should GCC national oil companies target net zero emissions by 2050?”

This debate took place in the wake of announcements from major international oil companies, notably Shell and BP, that they intend to reach the goal of zero emissions by that date, including not only emissions linked to their production and distribution activities (so-called Scope 1 and 2 emissions) but also those linked to the utilisation of their products (i.e. the burning of the fuels that they produce, so-called Scope 3 emissions).

The debate took place under the Chatham House Rule, and was moderated by Giacomo Luciani. The panellists all converged on the conclusion that indeed the national oil companies (NOCs) of the GCC countries should embrace and publicly announce the target of reaching net zero emissions by the date indicated. The following is a summary of the main arguments that were put forward by the panellists to support their conclusion. The summary was established by the moderator, and he is the sole responsible of its accuracy.

Climate change is a real threat and decarbonisation is necessary

The starting point in the reasoning is that climate change is a real threat, including for the GCC countries themselves, and policies for decarbonisation are inevitable. Climate change is real and there is a great commitment to the Paris Agreement; NOCs have a big role to play as they are best positioned and experienced on how to handle big scale projects.

While the speed of energy transitions and decarbonisation remains uncertain, it is clear that more and more countries will adopt policies to discourage the use of fossil fuels with unabated emissions. Such policies will take different shapes, but in the end they will all boil down to imposing a price on carbon, i.e. on the use of products that results in new emissions. The EU is actively pursuing the implementation of a CO2 border tax (called “Carbon Border Mechanism”) which may disadvantage oil and gas from the GCC relative to that produced elsewhere by IOCs claiming net zero emissions.

This represents an immediate threat to oil and gas exports, that GCC countries are very dependent upon. The objective of economic diversification has been pursued by these countries since several decades, but progress has been insufficient. In particular, with respect to fiscal diversification, it is clear that the GCC governments still rely overwhelmingly on revenue from oil and gas exports.

Diversification away from oil and gas is not a realistic proposition. While the international oil companies (IOCs) can pursue decarbonisation through progressive reduction of their engagement in oil and gas, and increased presence in renewables or other lines of business; NOCs must fulfil the mandate of maximising the value of hydrocarbon resources in the long run. The idea that NOCs or the oil exporters will diversify away from the oil sector is not only unrealistic, but also not optimal from a producer’s perspective. Oil exporters should pursue a strategy that increases the resilience of their core energy sector. They should compete on costs, but also need to compete on decarbonisation in a world where carbon prices are expected to rise.

When people talk about decarbonisation, the oil & gas industry tends to get nervous. But NOCs should change their attitude in this respect: investments for decarbonisation should not be considered only as additional costs, but as a tool to improve the resilience & increase the life of the reserves. In fact, decarbonisation may be viewed as one of the greatest opportunities for the energy industry – selling a new product: decarbonised energy.

Some oil exporting countries are in a position to compete on the decarbonisation front – e.g. Saudi Arabia, where there is plenty of evidence to show that oil production is among the least carbon intensive globally. Given their low cost of production, GCC NOCs certainly are able to compete in pursuing decarbonisation of oil and gas products. Oil that is produced in the Gulf is low cost and relatively low carbon, and this starting point gives the Gulf countries potentially a long-life time as oil and gas exporters.

In preparation for the G20 meeting of 2020, Saudi Arabia has promoted the 4R principle, envisaging that carbon is recycled, reduced, reused and removed to be used in value-added endeavours, in accordance with the circular economy approach. Saudi Aramco is venturing into projects that are focusing on hydrogen as a way to decarbonise oil; a first shipment of ammonia produced with carbon capture and sequestration (“blue ammonia”) was sent to Japan. The UAE is advancing in the decarbonisation of electricity production through greater reliance on renewables and nuclear. Similarly, Oman is relying on solar energy for raising steam used in the production of heavy oil.

In short, several Middle eastern countries are involved in decarbonisation projects and should be at the forefront of these developments, as they have an advantage; the GCC countries should be willing to pay higher prices for cleaner products. Embracing decarbonisation is the only way for GCC NOCs to secure energy markets in the future and have a much more diversified basket of products.

GCC NOCs have an advantage in competitive decarbonisation – and they should monetise their advantage by stating they want to reach carbon neutrality by 2050, then going ahead and looking into competitive initiatives, i.e. engage in the decarbonisation race in which they already are leading. How can they monetise? The answer is that a competitive market place will develop that will assign additional value to fuels with lower carbon intensity. As this market place develops, new policies such as import tariffs or a carbon border tax will be adopted, and crude from GCC NOCs would then be taxed less. In addition, low-carbon fuel standards will increase demand for low-carbon crude, and monitoring certification efforts will be made in response to customer pressure – shifting the market towards more responsible/clean suppliers.

It is cheaper for GCC NOCs to take steps to reduce carbon intensity than for competitors, especially for high emission competitors in places such as Canada, Venezuela, and Iran. This is due to the already low carbon footprint. However, this advantage is only temporary as GCC NOCs could lose it to BP, Shell, or other IOCs, as they make progress towards their carbon neutrality goals, moving them into a leading position; then GCC NOCs will be the largest and cheapest oil producers, but no longer of clean oil. A commitment to net zero is a great opportunity for GCC NOCs to stay in the lead in this decarbonisation process which then should be monetised in order to exploit their natural advantage.

Oil exporters and their NOCs are operating in a very uncertain environment due to the COVID crisis and its impact on demand for fossil fuels. The winners of the post COVID-19 global reset will be: 1) those players who would benefit from a low cost production base in oil & gas; and 2) the most integrated players – as these will be the ones who will also have closed relationship/exposure to consumer behaviour (e.g. in transportation). The latter is rapidly changing and final consumers are pushing for voluntary emission reduction. Especially young consumers are very climate sensitive. In defining the strategic perspective for oil & gas players, the most important point is to adopt a marketing perspective, to be present in consumer markets.

For internal budgeting & pricing strategy, oil and gas producers need to acquire the offset mentality, and be able to optimise value from different assets (thanks to their integration). This attitude is important in the decarbonisation drive. Devising decarbonising offset schemes that may be embedded in the strategies of national companies in the region will be a win-win for them across the value chain.

Today NOCs in the Gulf do not yet feel competitive pressures, but eventually they cannot escape international competition. With respect to access to capital, companies that are more environmentally conscious are going to perform better and gain value (this is already the case). And with respect to technology, the less technologically developed companies will fall behind, so the sooner you join the bandwagon, the better.

The most important opportunity for producing zero-carbon fuels is through the transformation of hydrocarbon molecules into hydrogen or some non-carbon hydrogen composite, such as ammonia, with carbon capture, utilization and sequestration (CCUS). This is frequently called “blue hydrogen”, to distinguish from “grey” (produced from hydrocarbons without CCUS) or “green hydrogen” (produced with electrolysis from water and renewable electricity).

There are opportunities for building massive blue hydrogen refineries, getting to a scale that allows to pump CO2 for free out of that unit, and building a large pipe out of that facility towards an oil field where the CO2 can be injected as a method for enhanced oil recovery (EOR). In this way one could take out a large amount of CO2 from the oil that would otherwise be burned in an industrial area.  Projects of this kind would come out at the bottom of the cost curve for decarbonisation alternatives, and make pure return as they meet the goal of energy transition. These are projects that consumers are willing to pay for.

It is a duty for forward-thinking companies not just to get behind these decarbonisation projects, but also keep the world to use existing energy sources as long as they are available at low cost, and can be used with low carbon emissions. GCC NOCs can demonstrate that it is more economically rational to decarbonise fossil fuels rather than to pursue many alternatives which are currently being considered, whose cost is much higher.

In this respect, GCC NOCs should be concerned about which type of colour of hydrogen governments and the EU may have a preference for. If you have low-carbon but fossil-fuels-based hydrogen (blue hydrogen), then as long as it fulfils the CO2 reduction criteria it should be no problem. However, this can easily develop into an argument that certain types of hydrogen (blue as opposed to green) should be rejected at the border for domestic and ideological reasons. This is something that the energy industry should focus on, to make sure that policies support all low-carbon hydrogen, and not only hydrogen obtained by electrolysis with solar & wind generated electricity. This task should be achieved through an appropriate certification program that guarantees the low-carbon characteristic of hydrogen and other new fuels.

Indeed, the issue of transparency and certification is becoming much more important, and a key aspect of global governance for decarbonisation and mitigation of climate change. The GCC countries and their NOCs should be in the forefront of developing a universally recognised certification program that allows to properly estimate the CO2 content of each product, including non-fuel products.

In order to be able to credibly participate in the process of establishing such a certification program, GCC NOCs must first and foremost embrace the ultimate goal of the exercise, i.e. complete decarbonisation by 2050. They should actively participate in negotiations, demonstrating at an early stage that it is possible to produce low-carbon or zero-carbon fuels at much lower cost than some of the alternative paths currently being pursued.

In the end, the issue of decarbonisation must be viewed in the context of the increasing politicisations of oil markets, as is being show in the COVID-19 crisis, between the U.S., Saudi Arabia, and Russia. Lack of a common, internationally accepted policy objective may lead to segmentation of the oil market which, in the final analysis, would work against the interests of the countries endowed with the least-cost and lowest-carbon resources.