The idea of establishing an independent Gulf Studies research center within the Gulf region itself was conceived by Dr. Abdulaziz Sager and motivated by his desire to make solid, research-based knowledge about the strategic Gulf region easily available to all. This is the ultimate origin of the Gulf Research Center (GRC) and its maxim – “Knowledge for All”.

In the past twenty years, the Gulf Research Center has grown from a creative idea to become a globally recognized research center that has contributed much to the understanding of the Gulf region - never losing sight of its ultimate mission of promoting peace, security, prosperity and sustainability not only in the Gulf region itself, but also globally. The Gulf Research Center extends a sincere thank you to everyone who has contributed to its success during the past twenty years! 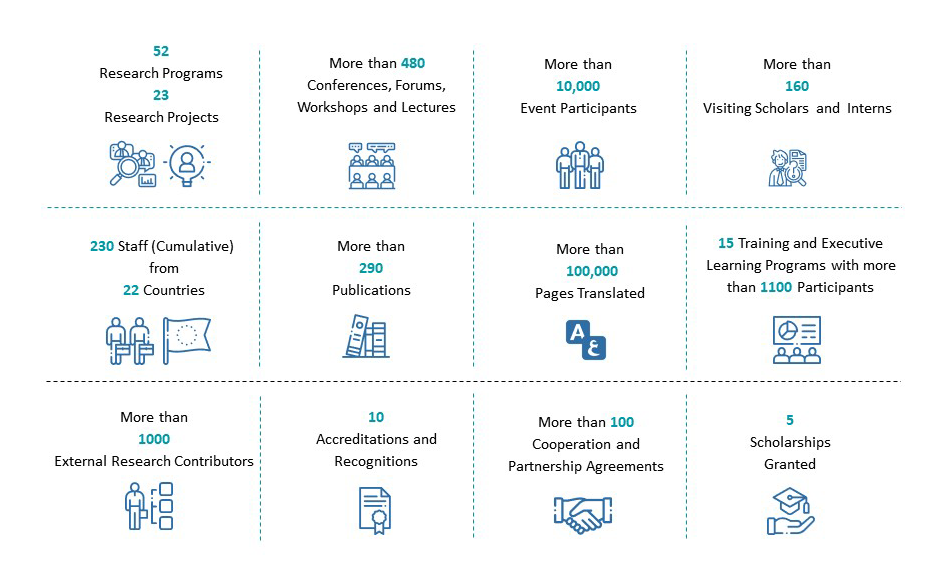