Dr. Abdulaziz Sager, Chairman of the Gulf Research Center participated as a speaker at a webinar entitled ‘Change and Continuity in Middle East Geopolitics' organized by Cambridge Middle East and North Africa Forum

Cambridge Middle East and North Africa Forum organised a webinar entitled ‘Change and Continuity in Middle East Geopolitics’ on Monday 29th, June 2020 which covered the topic of geopolitical changes in the region in the context of COVID-19

The discussions focused on a various topics, ‘Would Iran try to use nuclear energy in Tump’s second term?’, ‘Will Biden’s election give hope in Israeli-Palestinian negotiations?’, ‘What does the decline in relations between the United States and China mean for the Middle East?’, ‘What role does the UK play in the region’. Dr. Abdulaziz, Chairman of the Gulf Research Center participated as a speaker as part of the panel, which included a politicians, experts and researchers from the Middle East region, Europe and the United States. During his talk, Dr. Abdulaziz discussed and analysed these topics and answered a number of questions from the participants

Dr. Abdulaziz, Chairman of the Gulf Research Center participated in a closed online workshop organised by the United States Institute of Peace and the Baker Institute

This workshop gathered together group of research centres in Washington to analyse the current context of the shifting regional dynamics, and the regional approach to the issue of the Israeli-Palestinian conflict.

Dr. Abdulaziz Sager, Chairman of the Gulf Research Center and Lead Co-Chair of T20 Task Force 5 'The Future of Multilateralism and Global Governance', headed the webinar task force meeting that was organized on Tuesday 16 June 2020

This webinar discussed the task force's recommendations and policy briefs to be submitted to the G20 working groups. This session was part of a three-day conference organised by the T20 entitled 'Policy Recommendations for a Post-COVID-19 World'

Within the framework of the conference organized by the T20 groups entitled "Policy Recommendations for Post World Covid-19", the presidents of the working groups discussed the summaries of the seminars held within the conference activities and dealt with the pandemic effects on Wednesday, June 17, 2020. Dr. Abdulaziz also discussed the role of multilateralism in dealing with the current global crisis. 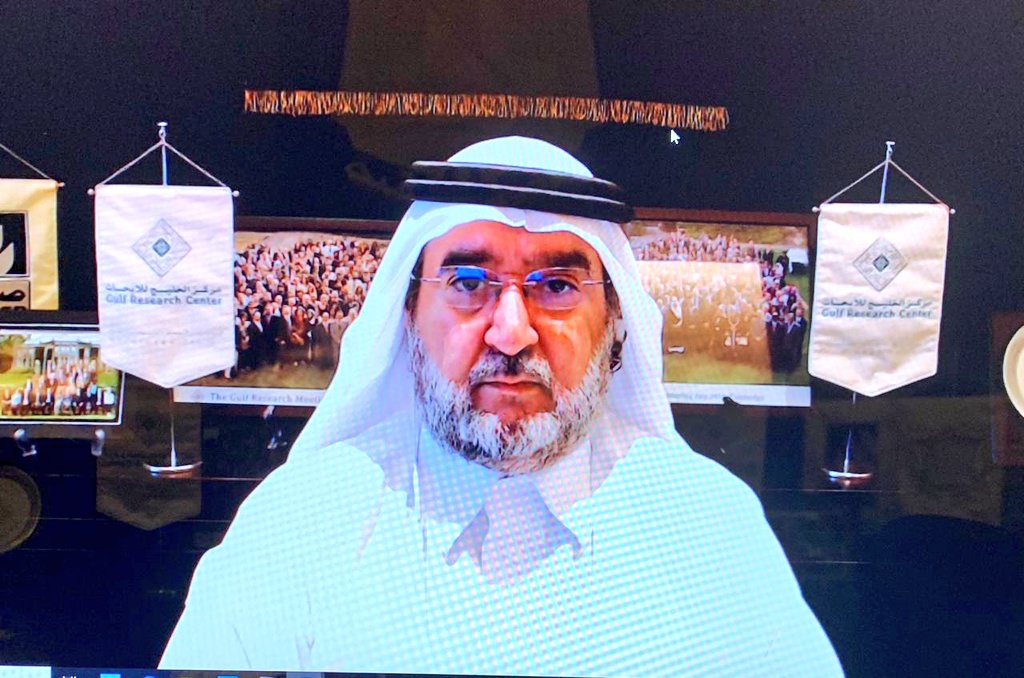 A number of experts and researchers from the Middle East and the United State of America participated in the workshop. In this session Dr. Abdulaziz spoke about the ‘Gulf Cooperation Council visions on Iran’ in which he examined the views of the Gulf countries on the future relations with Iran, and the settlements that can be presented by both sides. Dr. Abdulaziz also discussed the current Iranian threats to the Gulf region and the U.S. position regarding the region, and its preparations in case the situation worsened and war broke out in the Gulf region

Dr Abdulaziz, Chairman of the Gulf Research Center participated in a closed meeting for the Tafahum Second Roundtable entitled “The Covid-19 Pandemic and its Regional Impacts - Regional Responses to Future Pandemics”