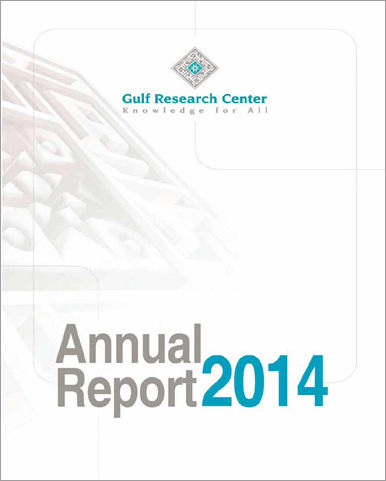 The Gulf Research Center has issued its Annual Report 2014, a compilation of the programs, research activities, events and publications that were undertaken all through 2014. Some of the key highlights of the year included: Research Projects: The GRC launched the Gulf Arab Union Project in early 2014 to foster a debate about the direction of unity among the member states of the GCC as well as to analyze the prospects for a deeper union. In addition to a series of policy papers that were prepared and released, events were also held in Cairo, Egypt; Manama, Bahrain and Washington, D.C. Another important project is the Gulf Labor Markets and Migration (GLMM) Program, a joint effort of GRC and the Migration Policy Centre, Florence. Over the course of the year, the program released a number of analytical papers as well as added significantly to the data on GCC labor markets available on the project website. The data is available for free for the general public and can be accessed under http://gulfmigration.eu/ Events: Events and public engagement programs continue to be an important part of the annual GRC calendar. Key events in 2014 included: • The fifth edition of the annual Gulf Research Meeting (GRM), now an established event on the academic calendar, held in August in Cambridge, UK. In 2014, GRM featured 14 workshops with nearly 350 participants. Full information on the Gulf Research Meeting, including for the 2015 event scheduled for August 24-27, 2015, can be found under http://www.gulfresearchmeeting.net/ • The Gulf Forum 2014 on the topic “Arabian Gulf and Regional Challenges” held in Riyadh in September, bringing together numerous prominent decision makers and policy officials for discussions on issues impacting the Gulf region. It was organized in collaboration with the Institute of Diplomatic Studies, Riyadh. • The 2nd Saudi Economic Conference entitled “National Economy: Challenges and Ambitions” organized by the Faculty of Economics and Administration, King Abdulaziz University in cooperation with GRC. The events featured the participation of HRH Prince Muqrin Bin Abdulaziz Al-Saud, the Crown Prince of the Kingdom of Saudi Arabia, and HRH Prince Miteb Bin Abdullah bin Abdulaziz Al-Saud, the Minister of the National Guard. International Cooperation: Cooperation with a wide range of organizations on Gulf issues is a fundamental component of the GRC strategy. During a trip to the United States in October, GRC Chairman Dr. Abdulaziz Sager and Dr. Christian Koch, Director, GRC Foundation, held meetings with officials in the State Department and Pentagon and at the National Defense University and prominent think tanks including the Council on Foreign Relations, the Carnegie Endowment for International Peace, and Atlantic Council, among others. Both also participated in the annual US-Arab Policymakers Conference held by the National Council on US-Arab Relations. As part of broadening its international network, the GRC signed Memoranda of Cooperation with the National Council on U.S.-Arab Relations (NCUSAR) and Carnegie Middle East Center in Beirut. 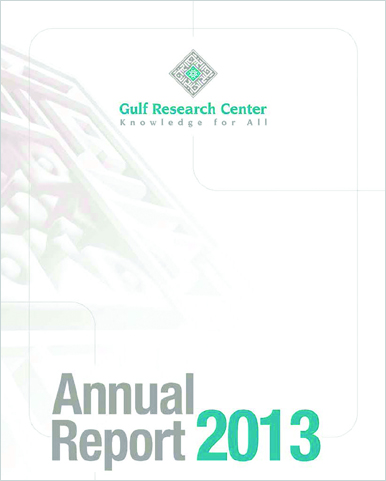 The Gulf Research Center has released the annual report of its activities for 2013 highlighting the conferences, meetings and project work undertaken during the course of the year. GRC conducted important events in 2013 including the Gulf Research Meeting which gathered almost 500 participants. All GRC activities in terms of events, participations, publications and other research work are documented in this annual report based on GRC commitment to contribute to the intellectual and research capacity of the entire Gulf region. 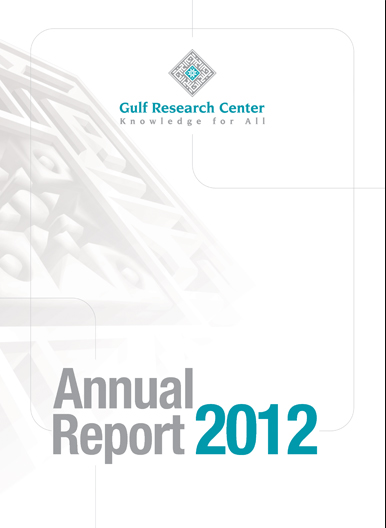 The Gulf Research Center has released the annual report of its activities for 2012 highlighting the conferences, meetings and project work undertaken during the course of the year. GRC has witnessed during 2012 a lot of activities in terms of organizing different key events and expanding its reach with the opening of a new office in Tokyo, Japan. GRC conducted important events in 2012 including the Gulf Research Meeting that took place in July which gathered almost 500 participants, the first annual Think Tank Security Forum held in Venice in May 2012 which brought together 30 of the leading strategic think tanks of the world, and the Gstaad Middle East Roundtable. It's worth mentioning another key development in the year 2012 represented in GRC’s cooperation with King Abdulaziz University in Jeddah with respect to a series of events and research projects that handled the main issues impacting the Kingdom of Saudi Arabia. All GRC activities in terms of events, participations, publications and other research work are documented in this annual report based on GRC commitment to contribute to the intellectual and research capacity of the entire Gulf region. 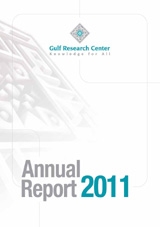 Although 2011 was arguably the most difficult year in our young history, I am pleased and proud that the Gulf Research Center (GRC) managed to continue serving those closest to us, those who believed in us, and those who supported us from the beginning. In our continuous effort to supply knowledge for all, we increased our scope from our traditional areas of research to include projects concerning the environment, clean energy and science & technology. This year, our publications were for the first time distributed to five continents, and we managed to enhance and strengthen our global network of academic and commercial partners. 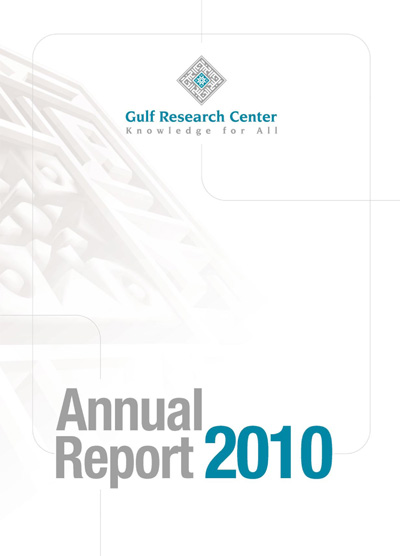 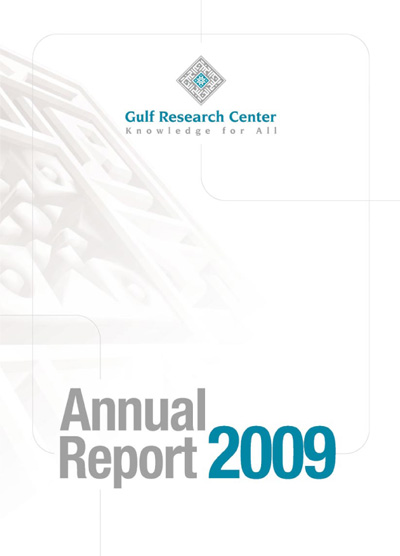 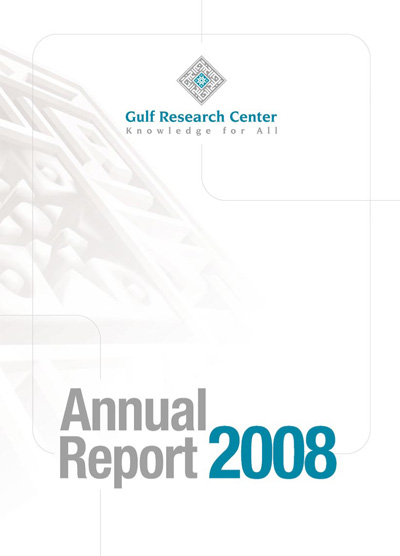 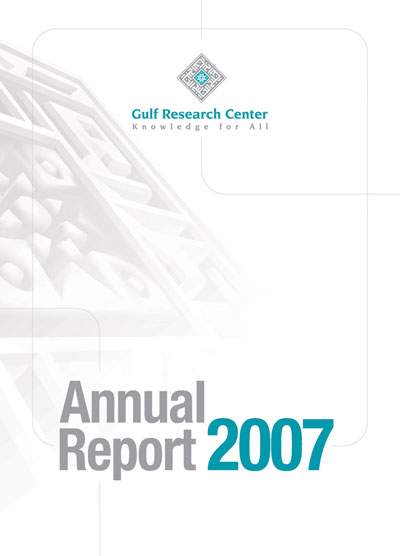 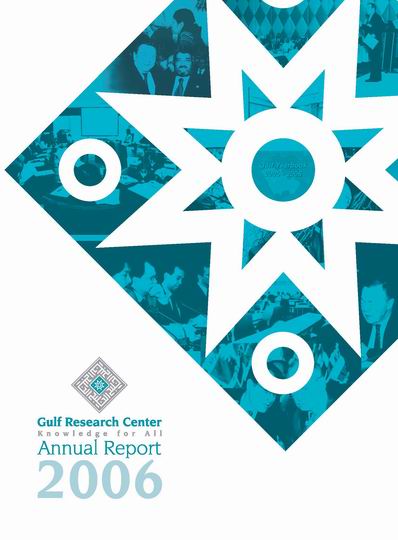 The GRC Annual Report 2006 summarizes the Center's activities and accomplishments during the year and outlines some of the plans for 2007. 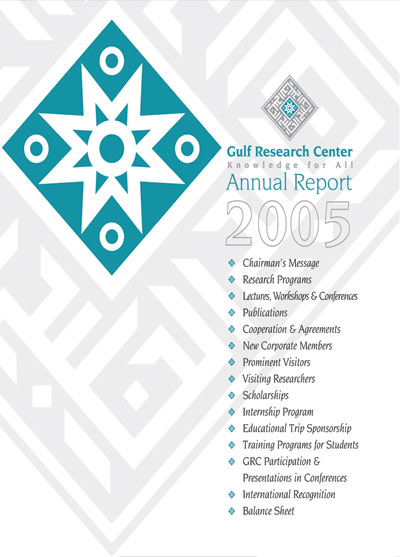 During the third year of its official operations in 2005, the GRC recorded tremendous progress. The annual report lists the Center’s activities and achievements during the past year and highlights the plans and challenges for 2006. 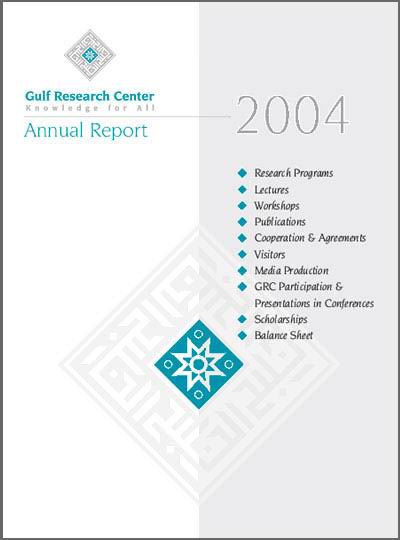 The Gulf Research Center recorded rapid progress during 2004, the second year of official operations. In order to cope with the expansion and the number of projects undertaken, the center’s staff strength increased by about 25 percent to 76, apart from substantially increasing its international network of external researchers. During the last year, GRC completed and initiated a few more of the 52 Research Programs it has set as its target. The center will continue on this path of strong growth and expansion with more projects expected to come to fruition during 2005. In addition to the research activities, the center conducted a number of high-profile conferences that focused on social, economic, political and security issues of interest and importance to the region, which witnessed the participation of internationally recognized experts and yielded valuable suggestions and recommendations. In the realm of media, GRC’s online consolidated news website – gulfinthemedia.com – closed in on the standards that the center was aiming for and is now open for subscription. The bilingual portal is one of the best mediums available to access all the major media coverage of the Gulf, both from the region and abroad. A newly-formed department will launch a marketing campaign during 2005. The coming year is set to be an exciting one for GRC with the center planning several major conferences, lectures, publications and cooperation agreements with reputed and like-minded institutions. As the center begins to tap its potential more aggressively and efficiently, GRC is moving closer to achieving its goal of becoming the region’s premier research center. Only through the hard work and dedication of the GRC community, both internal and the wider global network of contributors and partners, can the venture realize its optimum potential. 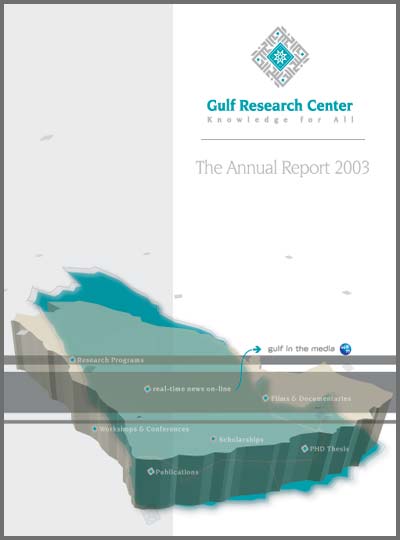 2003 was the Gulf Research Center first year of official operations and by far its most productive. The Center expanded it’s operations significantly, increasing the number of staff to reach 64, and substantially increasing its international network of external researchers. In the past 12 months GRC has completed 9 and initiated a further 11 Research Programs. We will be continuing this strong growth and expansion of operations over 2004 with a large number of projects coming to fruition over the coming year. In addition to our research activities, the Center has held a number of high profile events including two IISS–GRC joint workshops and lectures by internationally recognized Middle East experts. GulfintheMedia.com, GRC’s online consolidated news site began operating in the third quarter of 2003 offering subscribers the opportunity to access all major press coverage of the Gulf in a single, bi-lingual website maintained by our in-house team of editors. A newly-formed marketing department is planning a public launch of GulfintheMedia.com in January 2004. The coming year is set to be an exciting one for GRC with the center planning 3 major conferences in the first 5 months of the year. As the center grows stronger, we are getting closer to achieving our goal of becoming the regions premier research center. Only through the hard work and dedication of GRC staff internally and our wider global network of contributors and partners externally, can the Venter grow to its full potential.