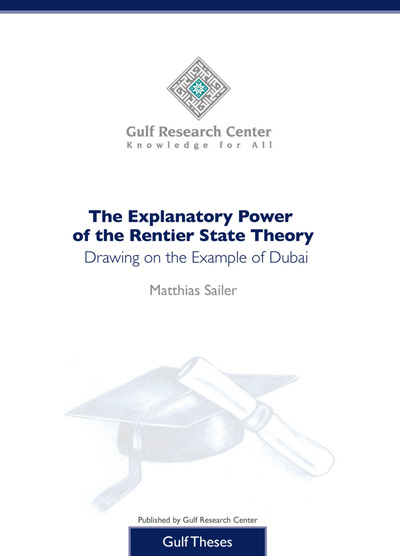 The wealthy oil states in the Arabian Gulf are commonly classified as classic rentier-states. This study examines whether the rentier state theory is able to explain the political and economic developments of Dubai. Dubai showed the income structure of a rentier state until the mid-1980s and external rents today still count for a substantial part of the emirate’s revenues. However, Dubai has never shown a clear rentier state behavior. Even during times of high oil revenues, Dubai chose to invest in the productive sector and made use of available advantages to invest in economic diversification. Its economic policies have shown continuity since the 1950s. The rentier state theory is not able to satisfactorily explain the economic policies before 1985 and it is not clear if the policies after 1985 can be interpreted as a crisis management measure in accordance with the rentier state theory. At the same time, it seems evident that in analyzing the development of Dubai, it is important to take into account the role played by other factors such as geography, history and the involved actors. 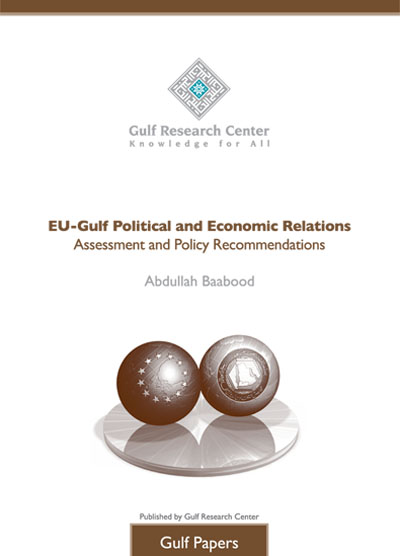 The institutional relationship between the European Union (EU) and the Gulf Cooperation Council (GCC) began in 1988 when the two parties signed a cooperation agreement aimed, among other things, at fostering their commitment to regional integration and interregional cooperation. The agreement included a provision for the establishment of a free trade area. To complement the agreement, the two parties also initiated a political dialogue aimed at fostering their relations. Given the level of interdependence between Europe and the Gulf, both sides expressed high hopes for closer integration and regional cooperation. By 2000, however, it had become evident that the EU-GCC relations had not achieved a great deal of success in this regard. Free trade negotiations had all but stalled and cooperation under the 1988 agreement had proven limited. Political dialogue had stagnated and had failed to overcome trade differences and obstacles. Moreover, there was no energy dialogue, although that had been the principal aim of establishing the relationship. The main point of departure for this study is that since the 1980s, changes in the international oil market have greatly lessened European dependence on oil supplies from the Gulf. The security of oil supplies became less pressing compared to maintaining stability in the Mediterranean. This paradigm shift in the EU's Arab policy was accentuated by the opposition of trans-European petrochemical pressure groups to a free trade arrangement with the GCC. The 1990 proposal for an EU carbon tax also obstructed and delayed FTA negotiations. On the other hand, the nature and dynamics of regional integration within both groups limited their ability to act coherently in conducting their negotiations. 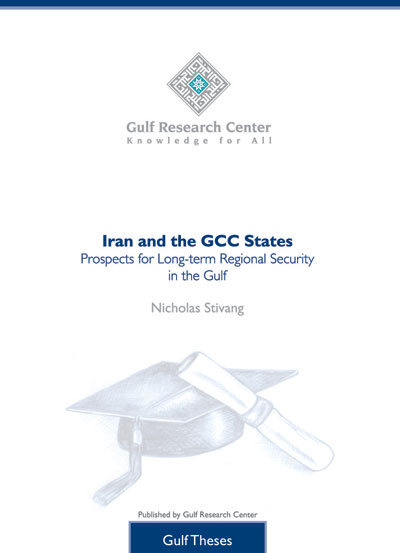 Iran and the GCC states: Prospects for Long Term Regional Security in the Gulf

This paper traces impediments to the establishment of a regional security arrangement between Iran and the Gulf Cooperation Council (GCC) states. The main argument of the paper is that rapprochement between the GCC states and Iran on security cooperation is unlikely to take place. Even if there is a domestic wish to better regional relations between the GCC and Iran, the preeminent position of the US as a security guarantor in the Gulf means that the GCC regimes will be locked in an alliance with the US and will follow its lead for the foreseeable future. Levels of insecurity between the GCC states and Iran are likely to increase as Iran openly pursues the nuclear option. The paper concludes that the near total American security hegemony in the Gulf today is likely to give the Gulf Arab states adequate tranquility, enabling them to concentrate on domestic threats, as the US will deal with regional ones. 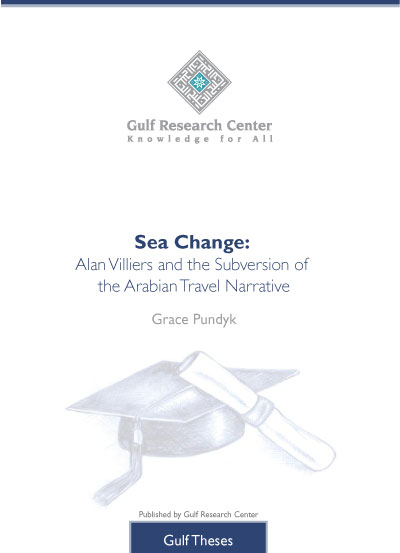 Sea Change: Alan Villiers and the Subversion of the Arabian Travel Narrative

In 1938, Alan Villiers travelled through the Arabian Gulf on Kuwaiti dhows. His year-long journey began in the port of Aden and ended in Kuwait, and included stops in Zanzibar, Lamu, Mogadishu, Haifun, Mukalla, Sur, Muscat, Bahrain, and Basra. His book Sons of Sinbad is an account of his travels and an important and unique travel narrative. Yet Sons of Sinbad and Alan Villiers do not feature in any travel literature on the region, and are not considered in any scholarly work on travel writing in the Middle East or as travel writing of the modernist, postcolonial period. Sea Change: Alan Villiers and the Subversion of the Arabian Travel Narrative highlights the important contribution Villiers made – in his historical documentation of the Arabian Gulf as a travel writer of the early half of the 20th century, and also to the genre of travel writing in general. It draws on Sons of Sinbad and Villiers’ previously unpublished Arabian journals, comparing them with the work of other travel writers visiting the region and beyond during this period. Various analyses of travel writing and cultural theory as well as aspects of identity and the relationship between empire and its subordinate peripheries are explored. In doing this, Sea Change demonstrates how Villiers’ contribution subverts the associations between travel writing, Orientalism, and the politics of colonialism, ensuring that the literary, historical, political, social, and cultural significance of Villiers’ writing is no longer overlooked. 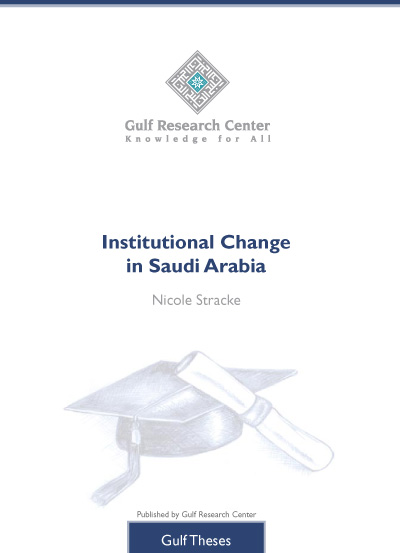