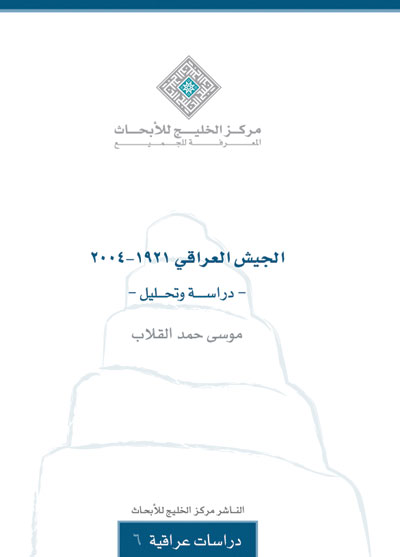 This study traces the history of the Iraqi army and the most important events it had witnessed since its establishment in 1921 until its collapse after American, British and allied forces occupied Iraq on April 9, 2003. This study also addresses the history of the Iraqi army, as well as the wars and coups it had carried out and the armaments of its sectors and troops. This study then moves to discern and analyze the motives behind the decision to disband the army and its ramification. The potential challenges to face the new army and discussed with a special emphasis on the attempts to improve the security situation after some authority was handed over to the Iraqis as stipulated in the UN Security Council Resolution 1546 adopted on June 8, 2004. 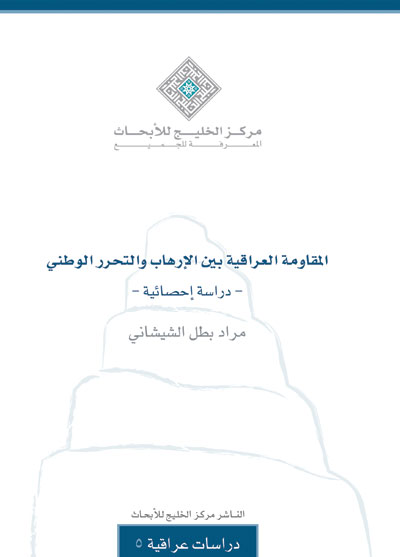 This study aims to reveal the real role of the Iraqi resistance and to differentiate theoretically between terrorism and national liberation in a quantitative manner. The study depends on analyzing the operations carried out by the Iraqi resistance during the first two years of the US occupation of Iraq depending on open resources. These attacks were categorized according to eight tactics including: attacks, shelling, explosives, shootings, suicide attacks, explosive cars, assassinations and kidnappings. The targets themselves were divided into military, political, civilian, ethno-religious and economic. After drawing a comparison among the eight tactics and by employing a normative approach covering the targets and the victims, this study concludes that there are two types of Iraqi resistance. One is national and uses traditional tactics in armed conflicts, and the other leans more towards the terrorist type which employs political terrorism at times of peace. This comparison makes it possible to outline the main objectives of the Iraqi resistance and its identity, as well as its future through discerning and analyzing its development in time and space. 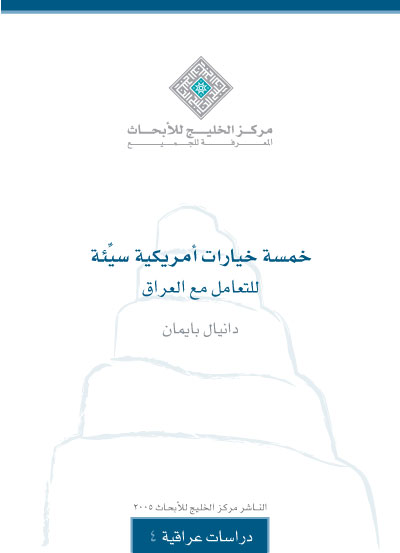 The current US approach towards Iraq is fundamentally flawed and increasingly difficult to sustain. There five options: continuing to muddle through with the current approach; expanding the size of the deployed military forces; shifting towards counterinsurgency operations; drawing down the overall force size and using the remainder for a more limited mission; and complete withdrawal. Of these, expansion is not feasible, and a withdrawal could prove disastrous. Shifting toward counterinsurgency offers many benefits, but it is highly unlikely that the United States would do it properly. By default, a limited drawdown represents the ‘least bad’ option. It would enable the United States to preserve some influence and continue to target the jihadists, but reduce the tremendous costs of continued operations. 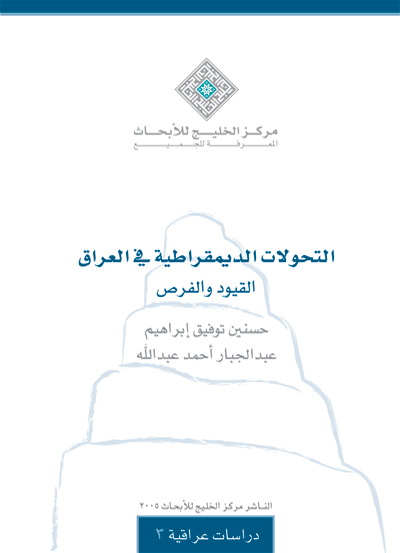 Though it is not impossible to achieve democratization in post-Saddam Iraq, the process remains at heart an extremely complicated and difficult task and it might take a relatively long time. It is no exaggeration to say that Iraq is one of the most difficult countries, if not the most difficult, to effect change in the entire Arab world. In fact, there is a need to provide and help nurture the right domestic requirements necessary for democratization to take place, because democracy cannot be imposed by external forces. In this context, external support remains an important factor that could help boost the democratization process in Iraq, but its role remains merely supportive. As such, the objective here is to discern and analyze the major obstacles hampering the process of democratization in Iraq, while dwelling on the background, dimensions and effects of the existing hurdles on the democratization process and the opportunities available for the achievement of democratization in Iraq. 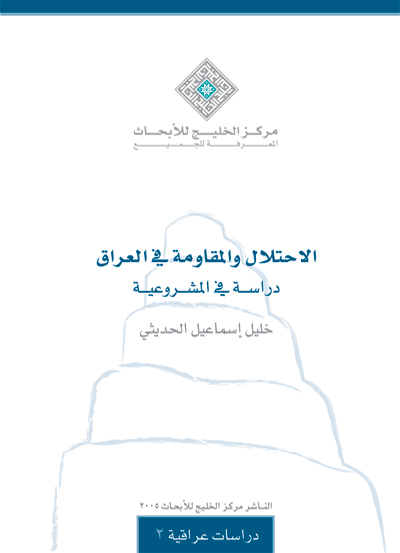 Occupation and Resistance in Iraq: A Study on Legitimacy (Iraq Studies - Second Issue)

Invading and occupying a country are by definition acts that run counter to legitimacy and international law. Whenever they unfold, invasion and occupation constitute a de fact and temporary state of affairs, and never assume a viable or legal status. The role of international law in confronting acts of invasion and occupation lies in reducing the enormity of the hardships that usually go along with them, pre-empting the crimes that accompany them, infusing resistance against both acts with legitimacy, and protecting the people joining resistance whether the resistance against invasions and occupations take the shape of a spontaneous popular uprising or organized armed resistance. Civilian populations, too, must be protected. The civilians' rights, their legal integrity along with the life of both laypeople and political figures must be preserved. Setting out from this concept of resistance, one could say that the Iraqi resistance is no exception to other resistant insurgencies known throughout the history of wars, save perhaps in so far as the speed with which the Iraqi resistance came into being and the promptness of its reaction against occupation are concerned. In fact, the Iraqi resistance emerged on the scene so fast that political observers could hardly draw a line between the time US occupation settled in and the emergence of the Iraqi armed resistance. Under such conditions, the question of legitimacy is no longer restricted to the act of war itself, but it is also a question that hovers closely over both the occupation and the resistance in the sense that one wonders which one is legitimate and which is not. This dilemma grows more complicated in light of the fact that all justifications for the war have proved unfounded and the real war has turned out to be a confrontation between occupation troops and a national resistance movement. This, indeed, is the core argument that drives this study and is the pivotal question that begs a satisfying answer. 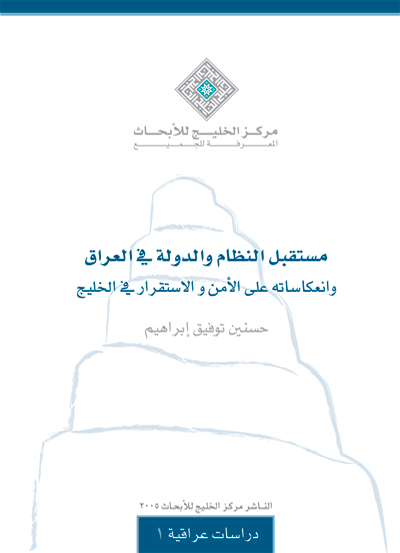 This paper seeks to trace and analyze the major determinants that govern the future political system and state structure in Iraq. In parallel, the paper endeavors to articulate the main issues and dilemmas pertinent to its topic. Forecasts are advanced as to the future prospects of the political system and state in Iraq and a number of possible ramifications for the insecurity and stability of the Gulf region are carefully explored. Setting out from the realities unraveled by the war against and occupation of Iraq and out of a close analysis of prevalent conditions in this war-torn country, the paper seeks to shed light on the major factors likely to rule the future political system in post-Saddam Iraq as well as put forth the prerequisite conditions necessary for reviving state institutions. While the paper offers various probable and predictable scenarios, it emphasizes the undeniable reality that Iraq today stands at a critical historical turning-point. It could either chart its way towards real independence, political stability, economic development and democracy-building; or, it could slide into the quagmire of domestic strife and civil wars, which might induce the utter implosion of the state. To be sure, precluding a worst-case scenario from unfolding entails edifying a platform on which the different Iraqi political forces could consensually formulate a sustainable political formula for the political future of Iraq. Arab states, for their part, need to move along the lines of a well-devised strategy capable of pre-empting the worst-case scenario from materializing.