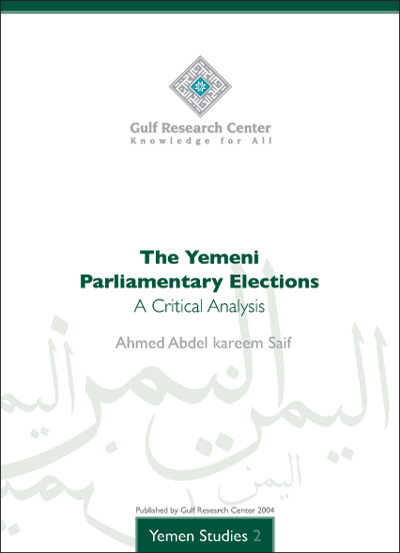 This research aims to investigate the pattern(s) of the elections in Yemen. In doing so, huge materials were gathered and analyzed most of which were collected through interviews with different politicians and civil activists and questionnaires distributed on MPs. The field work however was conducted by the author during intermittent periods of time. Following unification, the international arena and domestic balance of power fostered a multiparty system. However, the struggle for power and the party organizations did little to help promote the role of Parliament. This study, therefore, explores the elections and sees the functions of the Yemeni Parliament and evaluates the extent to which it shapes politics. The Republic of Yemen has had three Parliaments since May 1990. During the 1990s the country was affected by important domestic and international events, such as the Gulf War, which resulted in the repatriation of around a million workers from the neighboring oil-rich countries, the eruption of the civil war in 1994, and the introduction of the economic structural adjustment programs. All these had great social, economic and political repercussions. 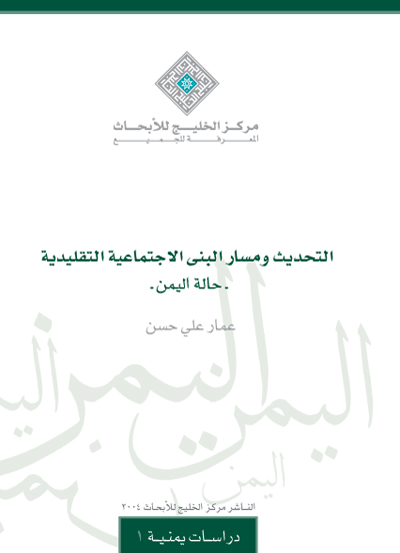 The process of modernization as posited in Arab social literature includes critiques leveled against traditional social structures, either through fleeting and inconsequential observations or through indicting 'traditionalism' by blaming it for the failure to extricate the Arab world from the long-standing state of stagnation and moving towards the wider horizons offered by 'modernization'. This approach to modernization and traditionalism is rooted on a tradition-modernity dualism that permeates the thinking of a large circle of Arab elites. This dualism has eventually culminated in a verbose discourse on 'cultural specificity versus globalization' passing through a stage of debate over the past two decades on democratic transformation, which the American scholar Samuel Huntington, described as the ' Third Wave of Democratization'. In the midst of this heated debate, champions of political reform tend to forget that old-age social traditions die hard. Embracing modernization does not necessarily mean advancing along a linear path. In fact, the history of human societies is but a thin leather parchment on which new developments supercede old events. The 'archeological' nature of societies, from the perspective of geologists, make the 'new' come out of the 'old' without, however, totally erasing the old. The process of 'midwifing' the new is highly complex and 'modernists certainly cannot ignore the middle space standing between the traditional and the modern. This process is known as 'transformation', a term borrowed from the natural sciences, which, in this context, refers to interaction, though 'transformation' manifests itself in some societies in the shape of confrontation between the old and the novel, while in other societies, it takes the form of co-existence with no disturbance of their sustaining pillars. Perhaps, peaceful co-existence in this sense emanates from the preponderance of values of tolerance and openness to the 'Other'. The role of elites, too, is paramount in introducing aspects of modernization across the diverse spectrum of social life gradually and in suitable manners.