Mr. Fawzi Rihane, Program Manager for the Arab and Gulf Liaison Office of the International Fund for  Agricultural Development from Rome, Italy, paid a visit to the GRC where he met with the GRC Chairman, Dr. Abdulaziz Sager and Dr. Christian Koch, Director for International Studies. During the meeting, they discussed possible cooperation with specific emphasis on food security and agricultural issues. 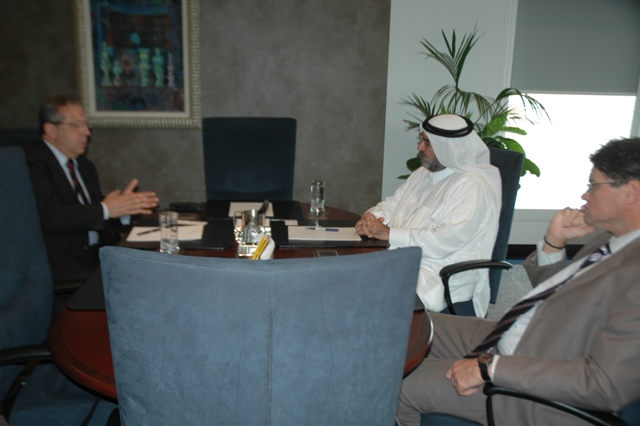 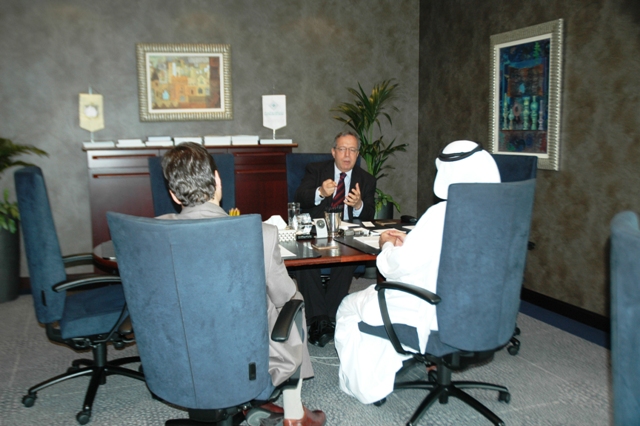 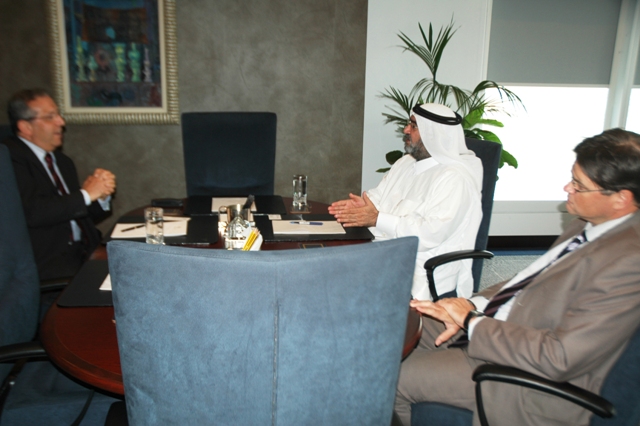 Amb. Fred Tanner, Director of the Geneva Center for Security Policy, visited the GRC to discuss current developments in the region and to outline some of the training courses the Geneva Center is running also with view of the participation of individuals from the GCC states. Amb. Tanner is a member of the GRC Foundation Council. He was accompanied by the Swiss Defence Attaché, Colonel GS André Schreier. 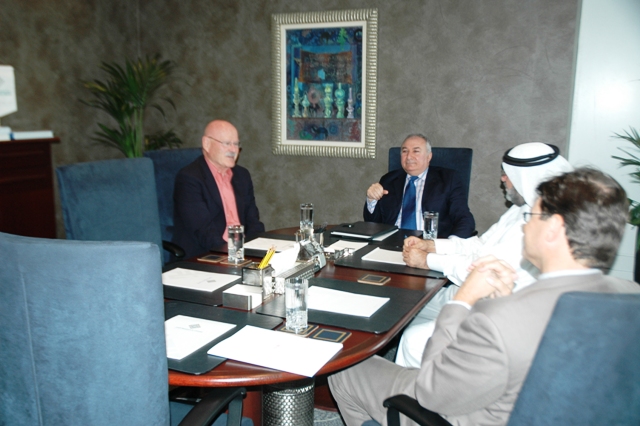 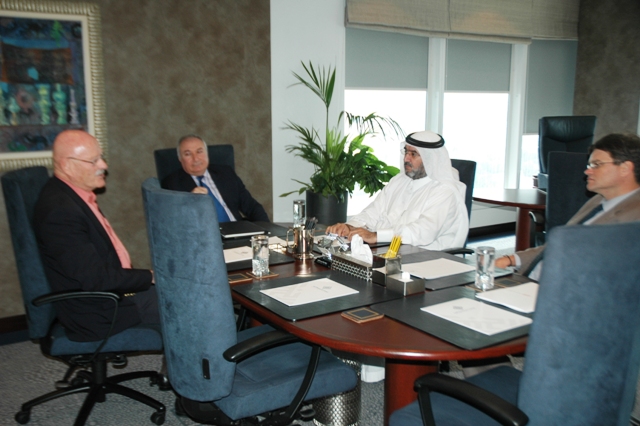 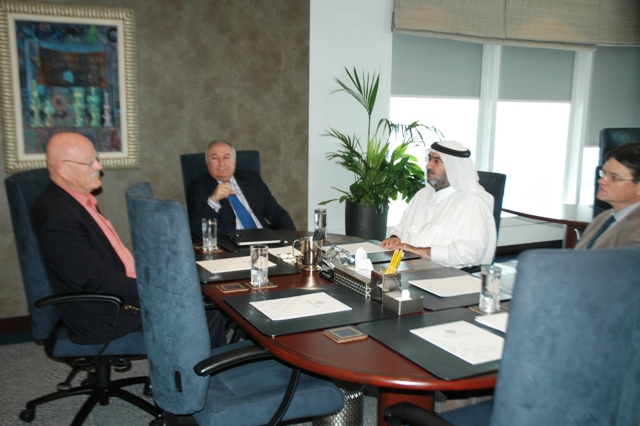 The Ambassador of France, Alain Azouaou, held a meeting with the GRC Chairman Dr. Abdulaziz Sager to discuss recent development and their implications 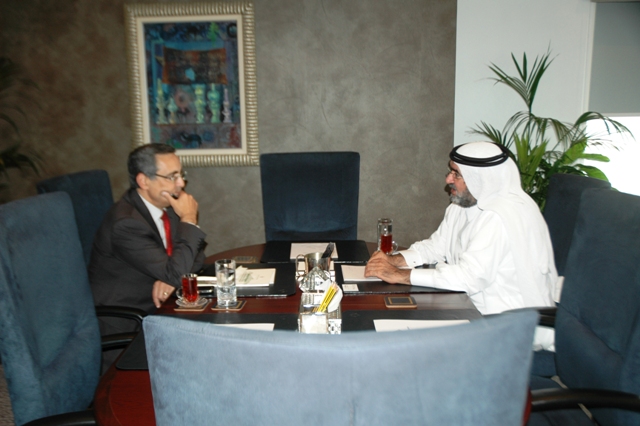 Dr. Abdulaziz Sager, Chairman of the GRC received Ambassador Theodore Kattouf, President and CEO of AMIDEAST in the GRC offices where they discussed the political situation in the Middle East and the Gulf. Also present in the meeting were Dr. Mustafa Alani and Dr. Christian Koch.

A Delegation from the Ministry of Foreign and European Affairs of France visited the GRC headed by Christian Masset, Director-General for Global Affairs, Development and Partnerships and Mr. Paul-Bertrand Barets, Deputy Director for International Economic Affairs. They were accompanied by French Ambassador to the UAE Alain Azouaou and Eric Giraud-Telme, the Consul-General of France in the UAE. The discussion round featured a look at regional developments, French policy in the Middle East and the Gulf and near-term outlook for the region. The delegation was received upon their arrival by Dr. Abdulaziz Sager, Chairman of the GRC, Dr. Mustafa Alani and Dr. Christian Koch. 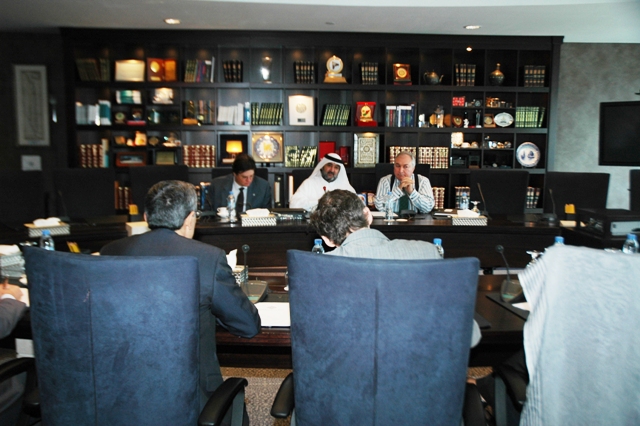 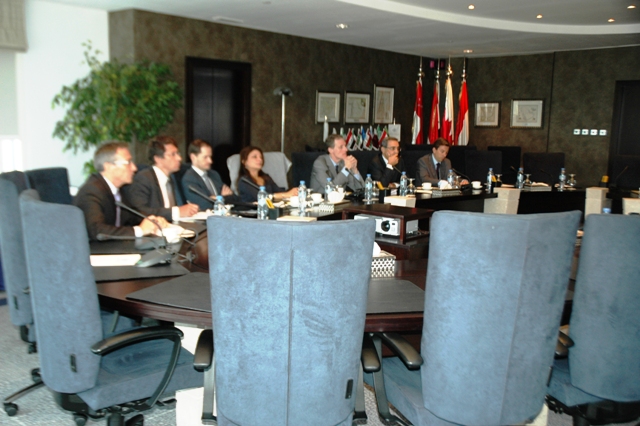 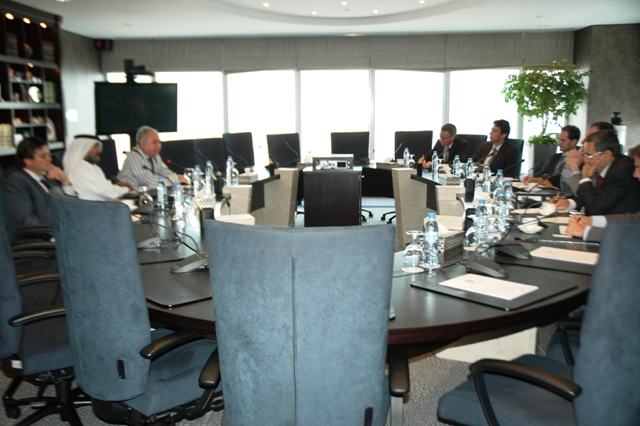