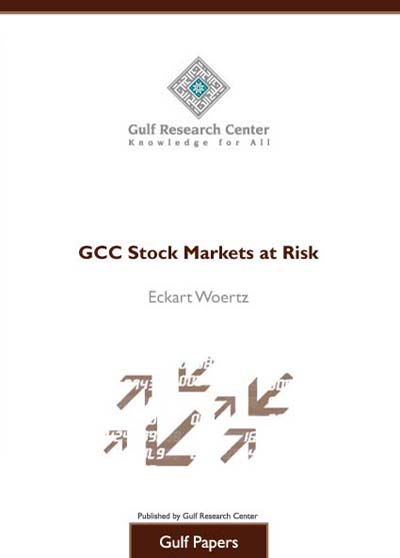 A cabdriver who gives one unsolicited advice on hot picks at the stock market; fully booked planes from Saudi Arabia to the UAE because everybody wants to get an allotment in the latest Dana Gas IPO; investors merrily entering the market on margins and valuations that are considerably higher than in other emerging markets ," a cursory glance at the stock markets in the GCC countries reminds one of financial hype in the past and eventual busts and painful corrections. On the other hand, the boom has not been created purely out of thin air; oil prices remain at record levels and large amounts of funds have been repatriated in the wake of 9/11. This has helped finance increasingly diversified economies, with new industries in the fields of real estate, services, and petrochemicals. This study scrutinizes developments in the GCC stock markets, comparing them to past boom-bust scenarios on the international stage. Some of these were caused by an overvaluation of stocks in comparison to their underlying economic base (the US in 1929, Kuwait's Souk al Manakh in 1982, and the tech bubble of the 1990s), while others followed a currency crisis and the concomitant withdrawal of "hot money" (Mexico and Latin America 1994, Asia 1997/98). By drawing parallels and paying attention to the economic idiosyncrasies of the GCC countries, this paper discusses strategies to cope with the economic repercussions of a possible stock market crash in the GCC.