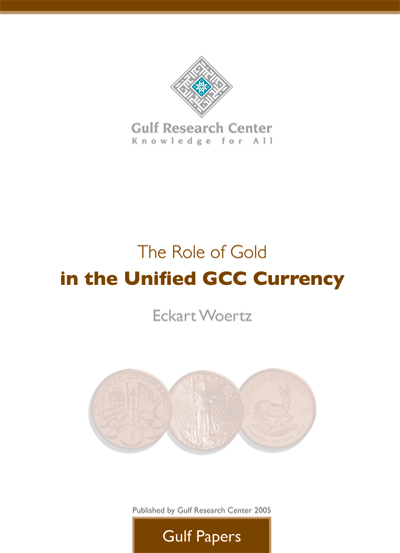 The Role of Gold in the unified GCC Currency

GCC countries are dollar dependent. Their currencies are pegged to the dollar, their main source of income (oil) is factored in dollars and the majority of their investments abroad are held in dollars. While after World War II, the US dollar was still backed by gold and current account surpluses it has turned into an empty paper promise since the 1970s. That spells potential disaster for GCC countries and calls for a stronger diversification of their currency reserves. The paper critically discusses a potential monetary role of gold by analyzing the failures of the historical Gold Standard and the topical attempt of Malaysia to introduce an Islamic Gold Dinar. Finally, it proposes that apart from “second worst” paper currencies like the Euro, GCC countries should take a closer look at gold, as it has an impeccable track record of asset protection over centuries.