2-Military Adviser at the Al-Ahram Center for Political and Strategic Studies in Cairo Major General (Retd.) Dr Mohamed Kadry Said, Head of Political Affairs at the Embassy of Canada in Abu Dhabi Isabelle Martin, Policy Adviser for the Strategic Policy and Planning at the Canadian Privy Council Office Dr. Peter Jones, former Moroccan member of parliament and representative from the Centre Tariq ibn Zyad in Rabat Hassan Benaddi, Head of the Department for the Middle East in the Royal Danish Ministry of Foreign Affairs Rasmus Grue Christensen and Director-General of the Institute diplomatique et des Relations Internationales in Algiers M. Smail Benamara were engaged in discussions with GRC to form a Consortium of research institutes.  The objective is to jointly conduct three major conferences in 2005 to consider the creation of a Framework for Regional Co-operation and Security in the Middle East and North Africa.  The project is supported by the Canadian and Danish governments. 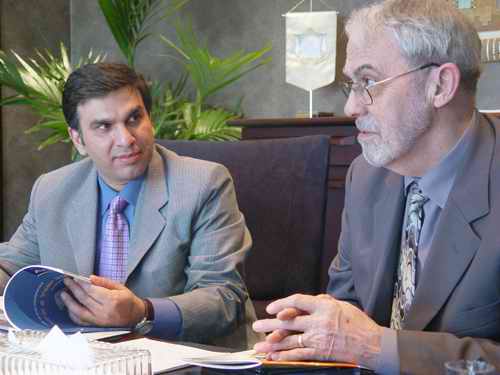 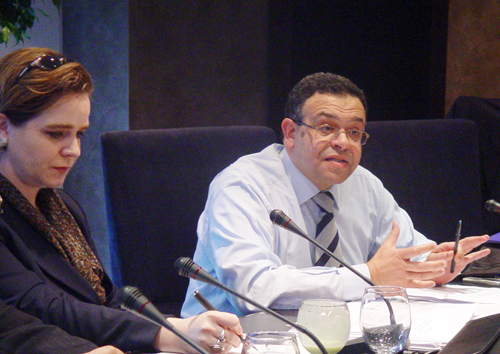 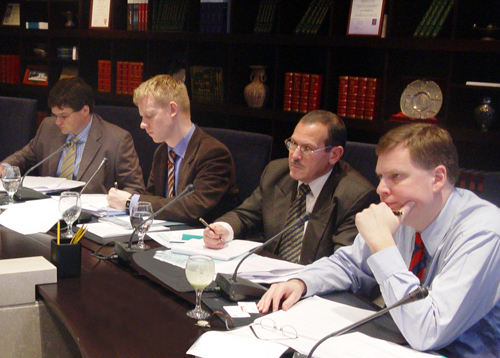 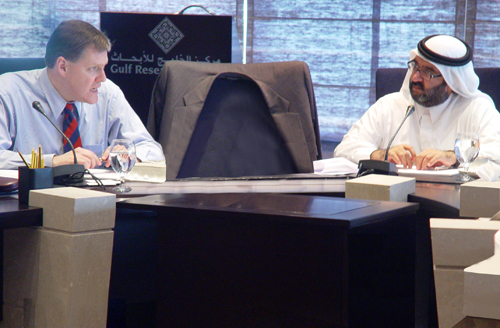 Emirates Bank Chairman Ahmed Humaid Al-Tayer expressed interest in establishing cooperation with GRC activities, especially the proposed project on Gulf Business Council, which aims to bring international corporates and their partners in the GCC countries under one umbrella. 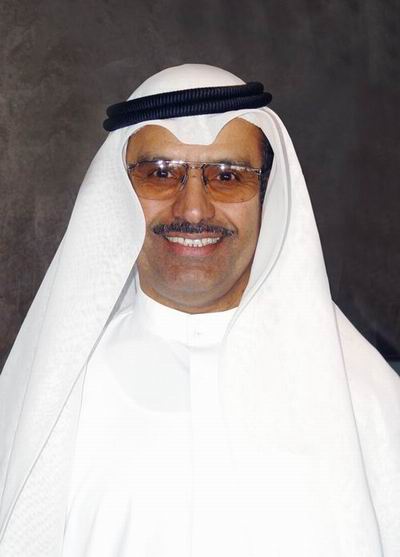 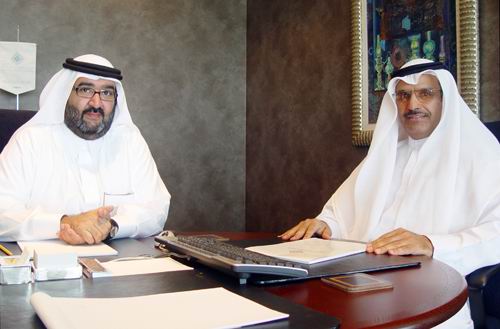 Director-General of New Delhi-based The Energy and Resources Institute (Teri) and Chairman of the Geneva-based Inter-Governmental Panel on Climate Change Dr. RK Pachauri, Teri Executive Director Dr. Leena Srivastava and Indian Counsul-General Yash Sinha were part of the preliminary discussions with GRC about a collaborative effort in the environment sector. The thrust of the talks was on preparing a “Green Gulf” document that would focus on the natural resources of the region and the state of the environment, both critical to the future of the region, and with the objective of creating a database and channeling it to create awareness among the public and the media. 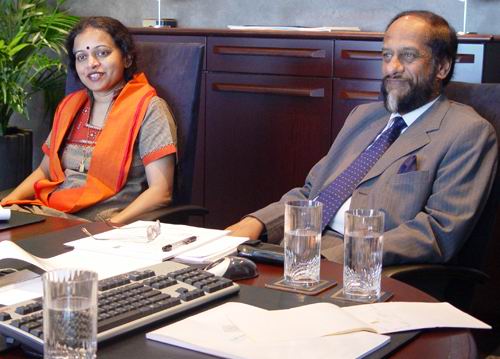 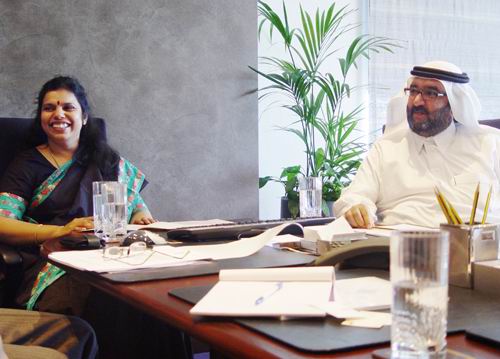 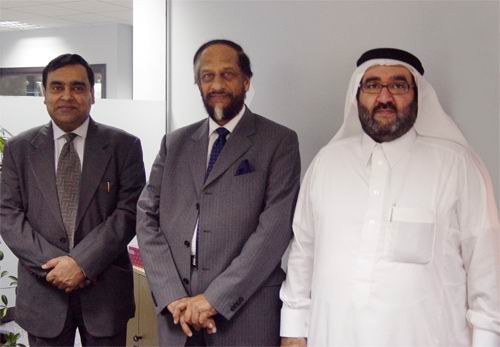 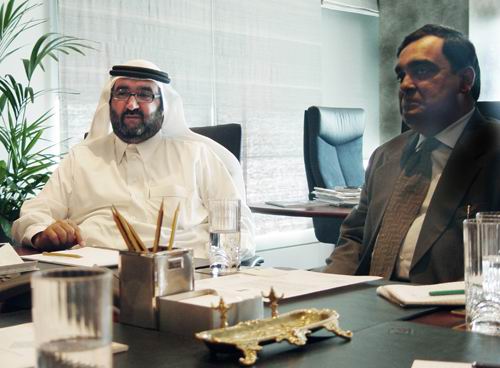 Member of Dutch Parliament Farah Karimi, Senior Adviser at the Netherlands Helsinki Committee Jan ter Laak and Executive Director at the International Helsinki Federation for Human Rights Dr. Aaron Rhodes visited the center and held a follow-up meeting following GRC’s participation in the Netherlands Helsinki Committee workshop in The Hague. The November 2004 session reviewed the current status of regional cooperation and ways to stimulate discussion among political actors and NGOs in Europe and the Gulf region along the lines of the European experience and Helsinki process. 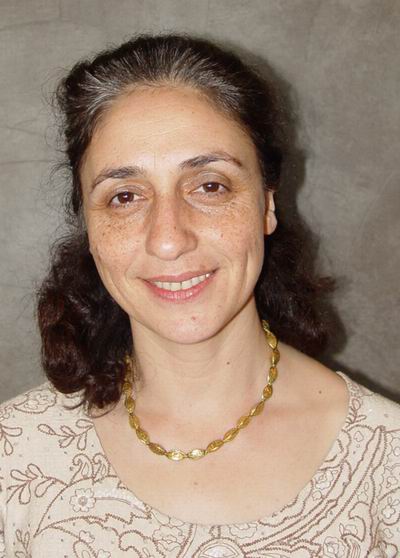 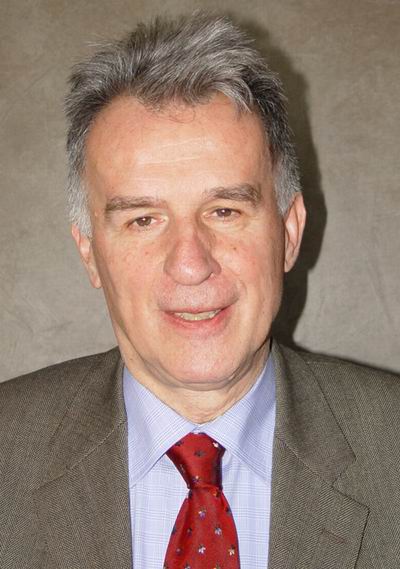 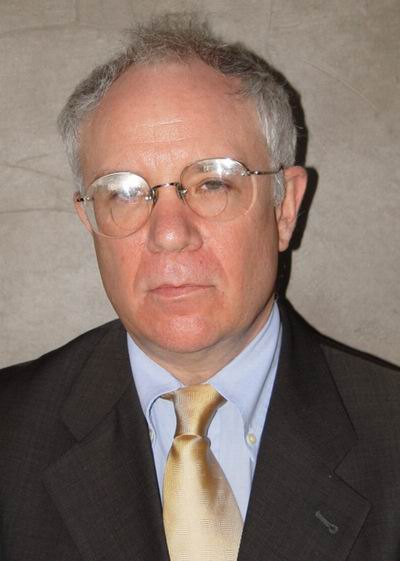 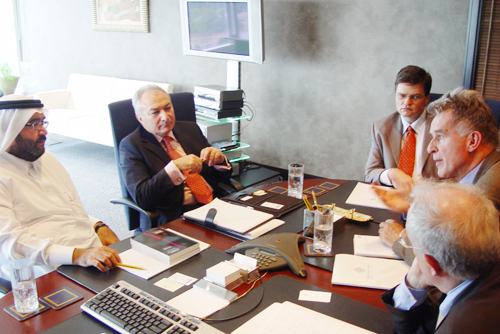 Françoise Sellier – Chargée de mission of the Secrétariat général de la defense nationale, Office of the Prime Minister, France, responsible for the Gulf region – discussed GRC’s activities, as well as regional developments such as the US policy, US-Iran relations and the Bahrain-US Free Trade Agreement.

Ambassador of Italy to the UAE Domenico Pedata discussed the possibility of conducting regular GRC roundtable meetings for resident European Union ambassadors in the UAE and the region.